A second weekend of 2020 track action took place at Shelsley Walsh with two meetings over the weekend of 8-9 August.  The annual Vintage VSCC day was held on Saturday and was followed by the Reg Phillips Trophy meeting on Sunday, as drivers got back in the seat and sharpened their skills up the 115-year-old hillclimb.

Both events were held behind closed doors, with the Midland Automobile Club ensuring  safety for all, and the sun flooded the Teme Valley all weekend to make the freshly cleaned 1000-yard hill as good, quick and grippy as possible.

The ever-quick James Baxter won the VSSC meeting with superb consistency over his two runs – he twice recorded 34.80 seconds in the Riley TT Sprite.  A host of new drivers also attacked the hill, including Charlotte Bowyer, who shared the family Lea-Francis P Type with father Simon.

The stunning class of Shelsley Specials included the GN BHD, the Becke Powerplus and the simply incredible 97-year-old Spider, which first took the outright record at Shelsley with Basil Davenport in 1926.  David Leigh was again at the helm of the car that utterly epitomises the pioneering spirit of hill climbing to this day, fresh from a winter engine rebuild and quickly getting back into the groove after all drivers had a bonus practice run. 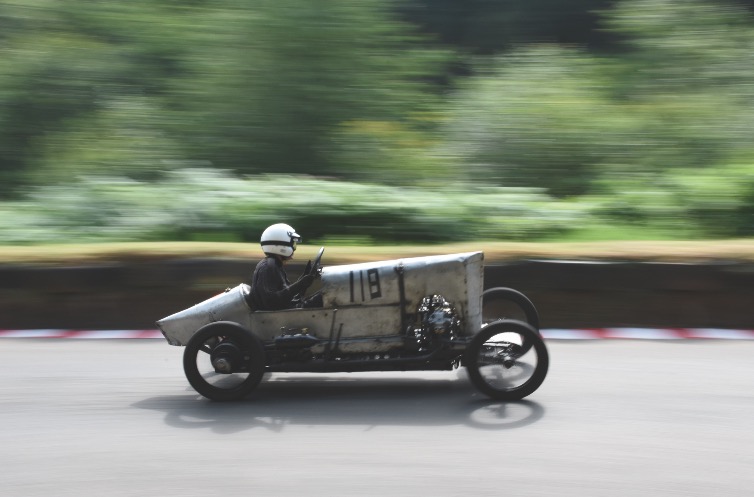 It was perfect weather and the course was grippy and fast

Several competitors from the vintage day stayed over as modern cars joined them for the Reg Phillips Trophy meeting on Sunday.   The stunning Type 51 Bugatti of Edmund Burgess whirred its way up with the supercharger noise echoing through the Worcestershire trees, and the Freikaiserwagen that ran at Shelsley pre-war also made a return.

David Leigh in Spider that held the record at Shelsley in 1926…94 years ago! 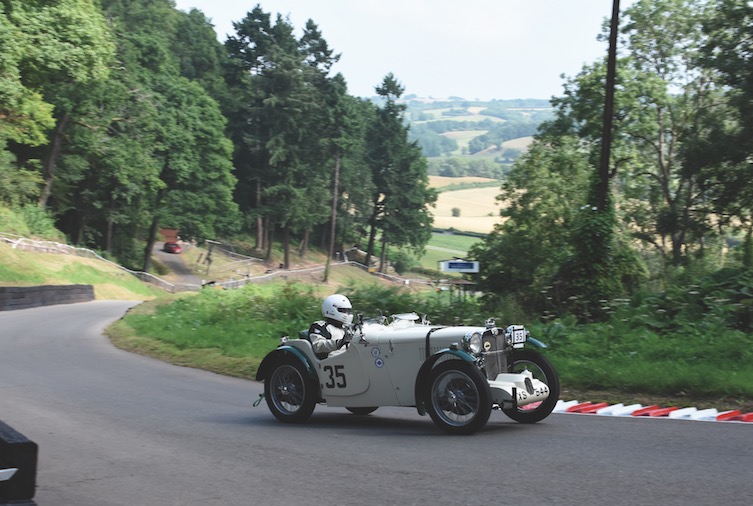 David Leigh in Spider that held the record at Shelsley in 1926…94 years ago!