Postponed from its original April date the Dix Mille Tours event finally took place on the weekend 24-26 July under a glorious Provençal sun, launching the start of the 2020 Peter Auto season.   The long wait meant that the resumption of racing was all the more appreciated by those who were able to take part – drivers, team members, services, the organisers and the public included – with everyone respecting the health measures in force.  Formula Junior Driver Carlo Maria del Conte said about the event, “Great race weekend!  It was exciting to be back on track after the lockdown in such a beautiful international event.  Stunning cars, good races and friendly people!” 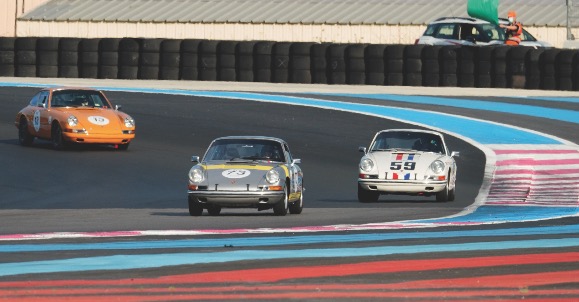 Nine Peter Auto grids told the history of motor sport:  Fifties’ Legends; Sixties’ Endurance; 2.0L Cup; Classic Endurance Racing I & II; Endurance Racing Legends; Group C Racing; Heritage Touring Cup; The Greatest’s Trophy and, as guest grid, the Eric Offenstadt Cup, a joint double-header for Formula Junior and F3 screamers.   In all, more than 350 cars took part in the races.  There was also a large club presence and over 380 historic cars turned up and were displayed on the infield and took part in track runs, making it more than 700 marvellous machines on site.  In all, the event can only be classified as a resounding success, given that normally this time of year would be off-limits for French organisers, who avoid the family holiday season, and the residual reluctance of some teams to travel outside of their own countries. 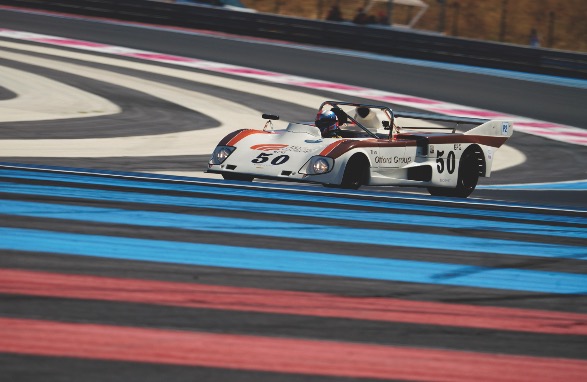 In CER 2 Maxime Guenat took his Lola T298 across the line pursued by a penalised Yves Scemmama. Photoclassicracing

The weekend’s winners included Dirk Ebeling and Christian Bouriez, both in Bizzarrinis, taking a heat each in the Greatests’ Trophy.  Star of the show, however, was Marco Werner driving the Tojeiro EE Ford, who only failed to win the first race because of mechanical problems that finally manifested themselves in the second race with a big bang on the Mistral Straight, sending the car off the track and into the wall!

Ivan Vercoutere (Porsche 962) was king in the first Group C race, after the Jaguar XJR14 of main rival Christophe d’Ansembourg stopped with only a few minutes left to run.  In the second race he was pipped on the line by the similar 962 C of Michel Lecourt. 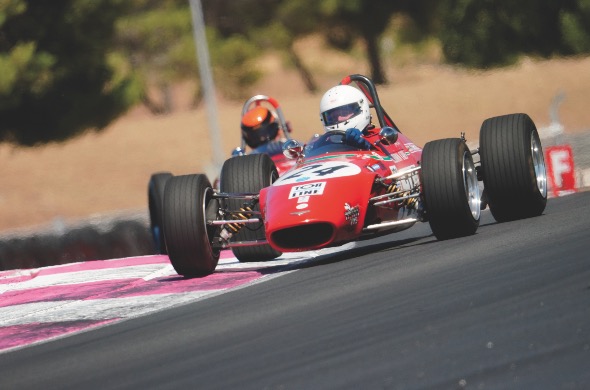 Jeremy Timms was the class of the Eric Offenstadt Cup races.  Photoclassicracing

The Sixties’ Endurance two-hour race turned out to be a race of contrition, with 63 cars qualifying and 38 crossing the finishing line.  At their head was the Shelby Cobra of Urs Beck and Patrick Simon, though Christophe Van Riet took fastest ap in the Cobra he shared with Damien Kohler, the pair placing second.

The one-hour Classic Endurance racing 1 race saw David Hart run clear into the lead after the demise of Marc Devis’ McLaren M8C, while in Classic Endurance 2 Yves Scemama took his TOJ SC 304 to a 17-second lead at the flag, but sadly was penalised 33 seconds for a yellow flag infringement, leaving Maxime Guenat victor in his Lola T298.

The one-make two litre Porsche Cup 90-minute race saw Richard Cook and Harvey Stanley emerge victorious, ahead of a relentless Philippe de Craene. Christophe Van Riet took his Ford Capri 3100 RS to pole in qualifying for the Heritage Touring Cup and went on to be the class of the race, immediately opening up a gap of 1.5 seconds to nearest rival Michael Erlich in his BMW 3.0 CSL, who beat arch-rival Christian Traber to second.

New grid for Peter Auto, Fifties Legends saw a good turnout for its inaugural 45-minute race.  Led by Jean-Marc Avezou in an Austin Healey 3000, then by Eugène Deleplanque in his TVR Grantura when the Healey stuck trouble, the race was eventually won by the Lotus Elite of David Clark and Pascal Pandelaar, after the two top runners were penalised for pit stop infringements. 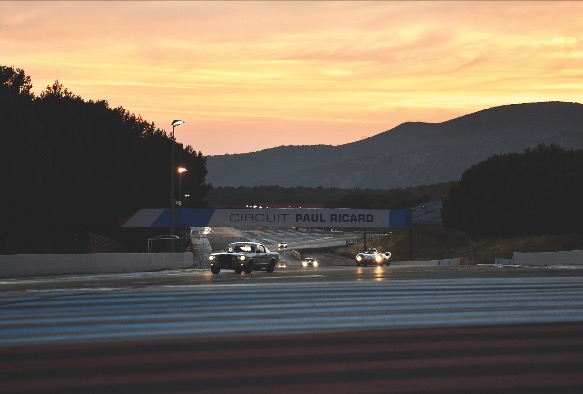 With no Lurani Trophy Championship this year, the Formula Juniors teamed up with F3 1000cc cars for the “Eric Offenstadt Cup”, a race dedicated to the eclectic French F3 driver of the ‘60s.   Jeremy Timms dominated two 25-minute races with lights to flag victories in his Chevron B1, with fellow F3 driver Christoph Widmer second both times.  Third place and victory in the FJ class went to Tommaso Gelmini in the Branca. 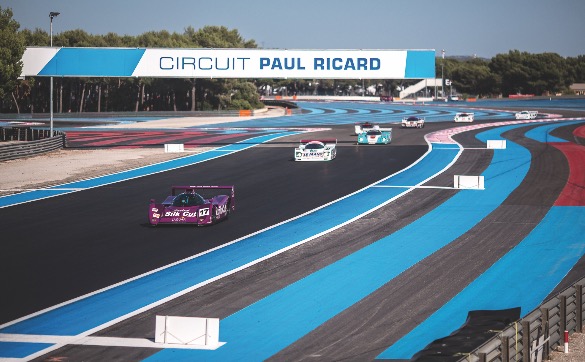 For a full report of the weekend’s racing, see out September issue…