Fulfilling a long-held ambition, Paulo Pinheiro, founder and CEO of the Autodromo Algarve has succeeded in bringing Formula One to his circuit.  This is good news for all of us, as at times in its history the circuit has been barely viable and this will give it the fillip it so richly deserves and help secure a healthy future for the venue.  However, it comes at a momentary cost for the Algarve Historic Festival, which has had to be postponed from its original 24-25 October date to 6-8 November, in order to accommodate the F1 cars.

This will put a full month between Patrick Peter’s Estoril meeting (9-11 October) and the Festival.  Grids are set to remain much the same as last year, with Motor Racing Legends bringing Pre-war cars, touring cars of all ages, and of course their flagship Woodcote and Stirling Moss Trophy grids that race into the night, which will come even earlier in November.  In addition the GT and Sports Car Cup and the Pre-’75 sports cars are on the timetable.

Weather in the Algarve is pretty reliable and is expected to still be fine in November for those very last rays of sun before it’s time for winter sports. 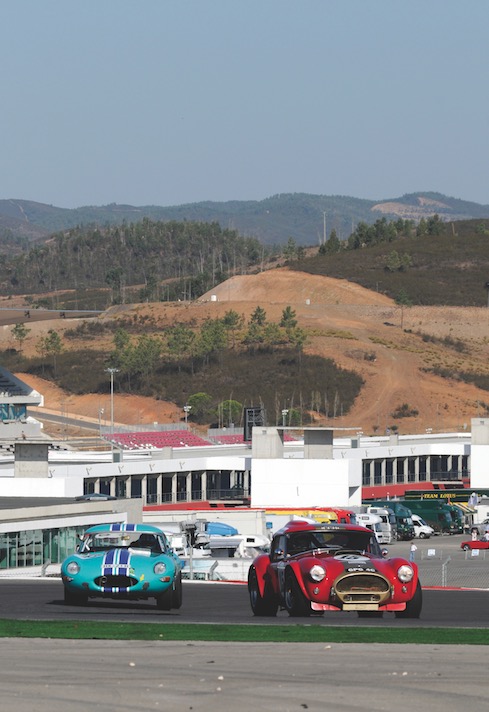 Amongst the races at Algarve, the GT & Sports Car Cup is on the bill