Middlehurst and Bradshaw mirror history with victories in the dunes

Zndvoort’s eighth Historic Grand Prix event, held on September 6-8, rolled the years back beautifully to what are now considered to be golden eras of motor racing.  Hazardous years in which heroic drivers in charismatic and distinctive cars, mainly unencumbered by wings, hurtled through the dunes of the seaside town, entertaining legions of appreciative fans.

There was symmetry in the results too.  Andy Middlehurst’s hard-won HGPCA double in a Coventry-Climax V8-engined Lotus 25 evoked memories of his idol Jim Clark’s Dutch GP wins in 1963 and ‘64, albeit outrunning Will Nuthall in a 2.5-litre Cooper T53 of the type in which Jack Brabham had won the 1960 World Championship round. 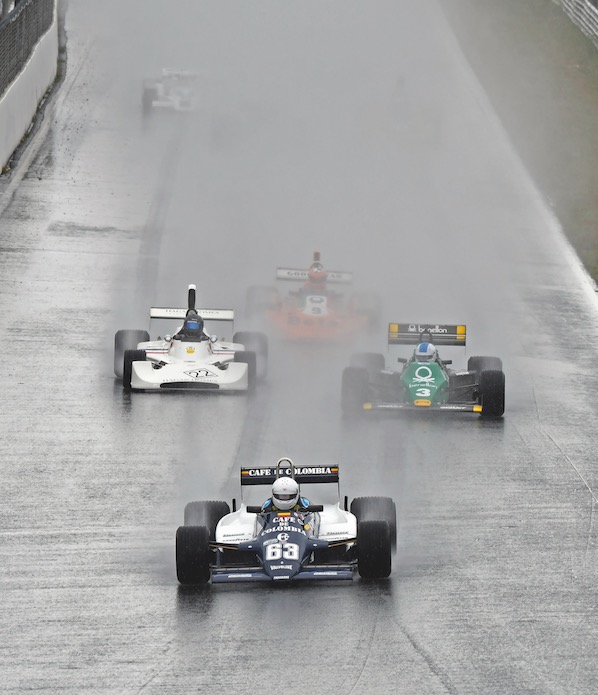 With the Dutch GP’s much-vaunted return to the F1 calendar in May 2020 after a 35-year absence on everybody’s lips, the shrill wail of Cosworth DFV engines in the FIA Masters series reminded enthusiasts of June 4, 1967, when that man Clark took the first of the iconic engine’s 155 World Championship race wins on its debut in a Team Lotus 49. 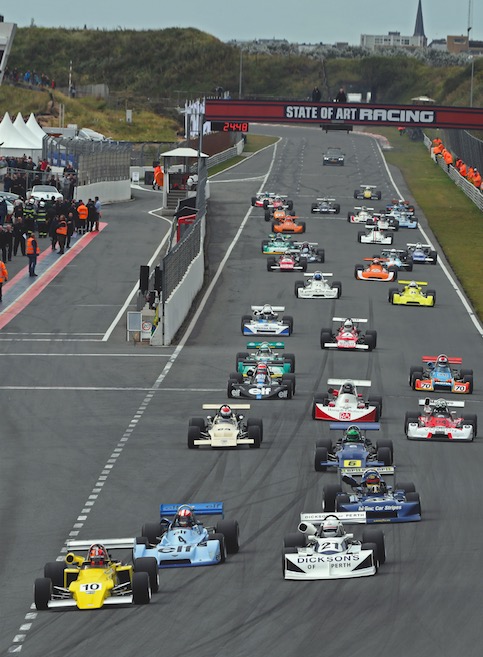 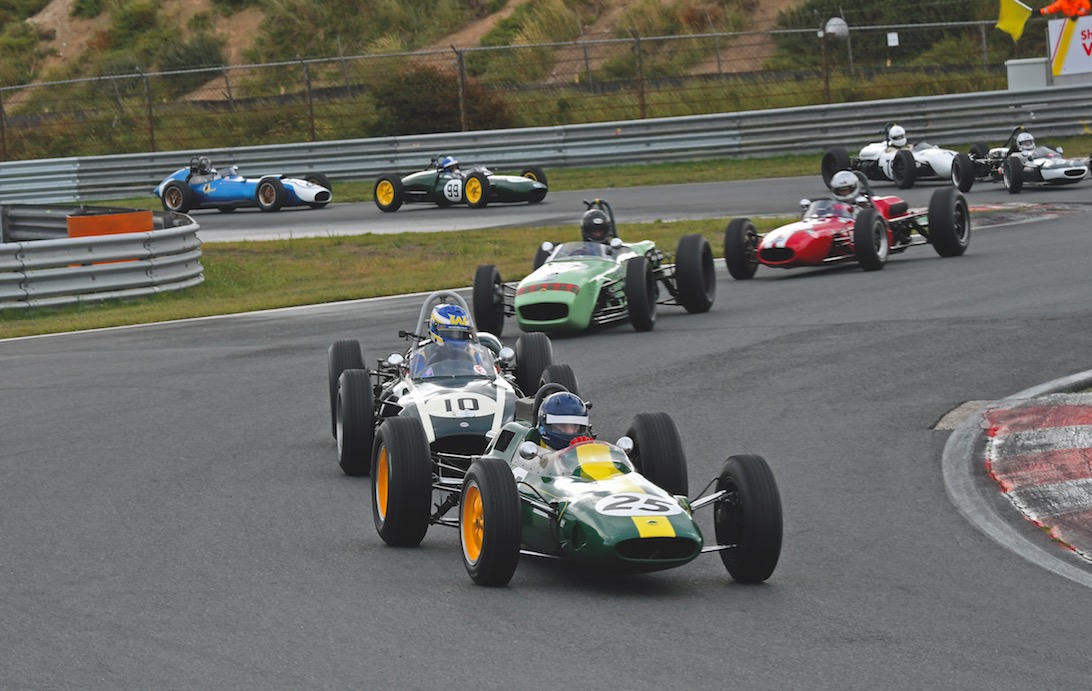 The 1952 Dutch GP, the first accorded World Championship status (in its short two-litre era), was marked by a super double-header retrospective marking the centenary of the birth of its Dutch competitors Dries van der Lof and WW2 Spitfire pilot Jan Flinterman.  Without period-dominant Ferrari 500s to worry about, Ian Nuthall won both in the F2 Alta in which Peter Whitehead started the ‘52 French GP. 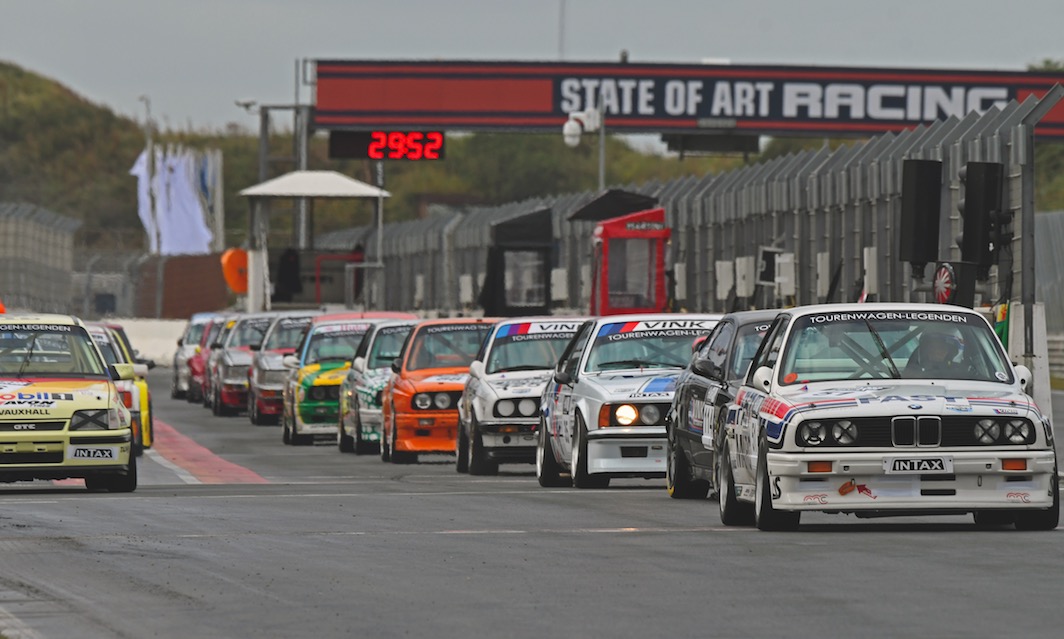 Sadly, the German Touring Car Legends contest disintegrated into farce. The pace car driver missed the pit entrance at the start, then Klaus Peter’s Audi V8 DTM’s engine blew migh ly, forcing a stoppage. A er the mop-up, Lars van’t Veer crashed his Alfa Romeo 155 at Gerlachbocht on the restart, which  nished behind a safety car. Almost half the  eld – including pro ‘winner’ Jorg van Ommen (1995 Mercedes-Benz C-Class ITC) – was excluded for not making the mandatory stop.

Despite a broken exhaust and detached plug lead post-pitstop, which had his family team praying on the pitwall, former Formula Palmer Audi and Porsche Cup racer Bradshaw barely slowed as he blitzed FIA Historic Sportscar opposition from pole in his Chevron B19.  Joint points leader Henry Fletcher finished second from the back in his B19, penalised for being underweight after qualifying.  In the Rodriguez division Fletcher’s championship rivals Jason Wright/Andy Wolfe were beaten by fellow Lola-Chevrolet T70 protagonists Leo Voyazides/Simon Hadfield, who finished third overall. 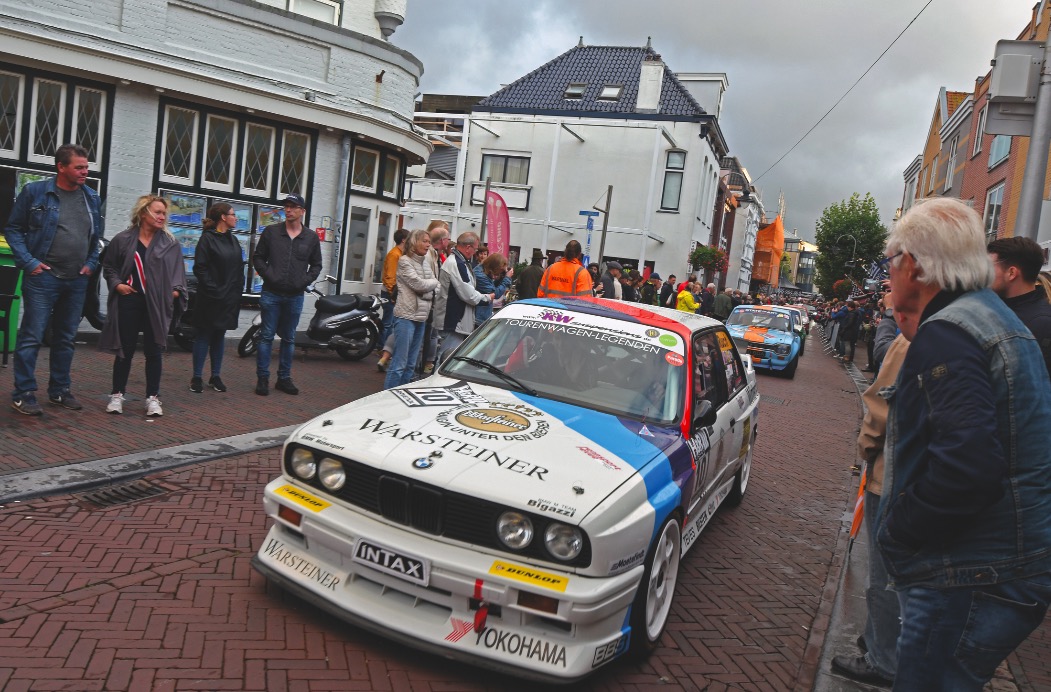 Having taken over father David’s Cobra Daytona Coupe clone in the Gentlemen Drivers GT event, young Hart somehow got it round Tarzan having slugged through the speed trap with all wheels locked after its Ford V8’s throttle stuck!

Julian Thomas and Calum Lockie were beyond catching again in the former’s Wolfe Manufacturing-prepared Cobra Coupe.  Nicky Pastorelli came closest in his Ferrari 250 GTO/64 but was a distance behind. 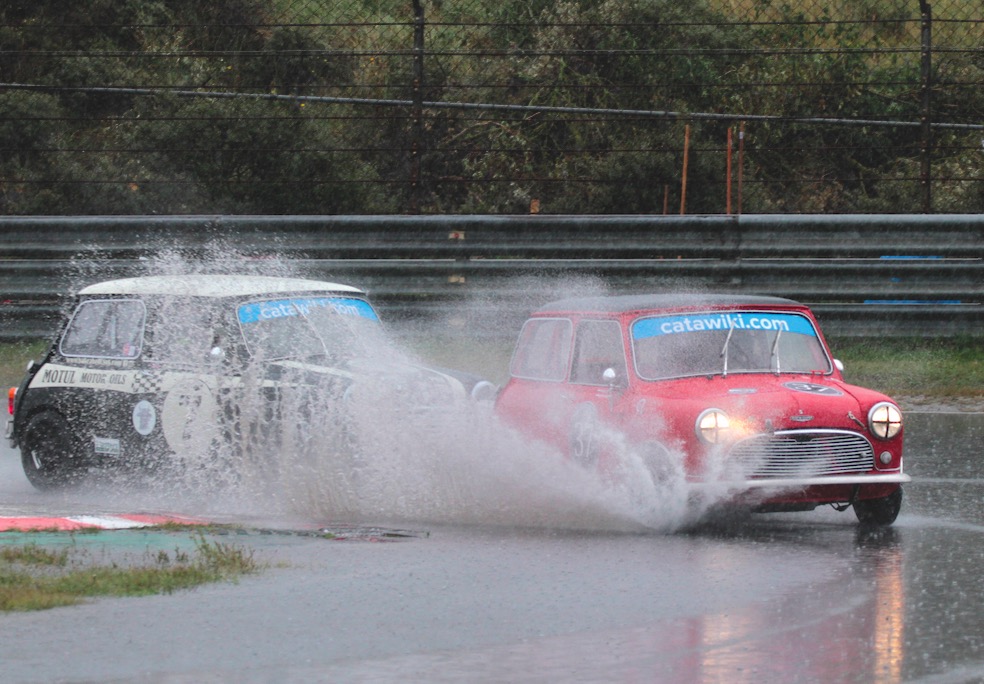 For a full report and results see out October issue