Entries are now open for the second Velocity Invitational event at Laguna Seca, which will take place on 14-16 October, and organisers say they will close on 15 May.  Last year competitors and press praised event founder Jeff O’Neill for his vision of selecting only the most original cars, adding displays of rarely-seen cars from private collections and museums, special demos and new car displays, as well as  local cuisine and wine tasting.  O’Neill has said he would rather have fewer cars of higher quality for his up-market event, which in turn makes for a more intimate atmosphere.  There are grids for cars dating from pre-war to 2012 and a grid for “Ragtime Racers.”  Last year the Mini Versus Mustang race that went into the night was a great hit and it will be repeated this year.  Email drivers@velocityinvitational.com for entries. 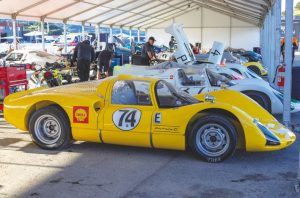