The success of United Autosports on both sides of the Atlantic at Daytona and Sebring, in the British GT Championship, in the European and Asian Le Mans series, running drivers such as Fernando Alonso, Juan Pablo Montoya,  Lando Norris and former DTM Champion Paul Di Resta is probably well-known to our readers.  That team owners McLaren CEO Zak Brown and former racing driver Richard Dean are also dyed-in-the-wool  historic motor racing enthusiasts, is perhaps less well-known.  Indeed United Autosports also restore and maintain a range of historic Formula One and sports cars, entering races in the UK, Europe and across the world. 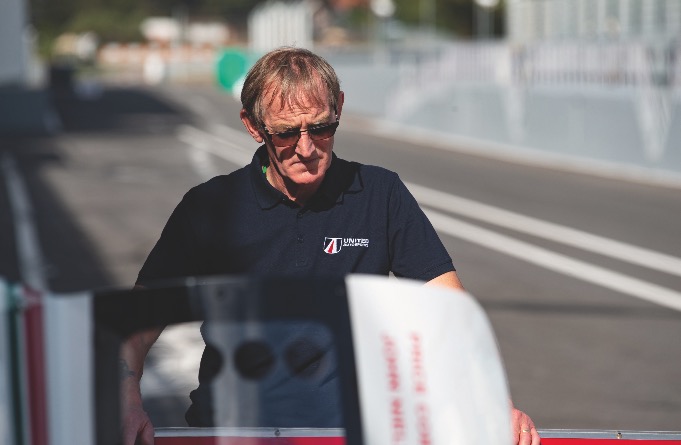 The company has been expanding exponentially lately and a big part of the growth has been in this historic division, which Zak and Richard want to continue to develop.  As part of the expansion, they have recently announced that Dickie Stanford has joined them as Historic Motorsport Project Manager.  The Former Williams F1 mechanic turned Team Manager will work closely alongside long-term United Autosports engineer, Paul Haigh.

A man of vast experience, Dickie began his motorsport career running a Formula Ford team, before moving to work in Formula Three and eventually joining the Ralt Formula Two team.  In 1985, he joined Williams as race mechanic to Nigel Mansell and in 1990 he was promoted to chief mechanic, before becoming Team Manager in 1995.  Most recently Dickie was general manager of Williams Heritage and was responsible for all the team’s and customers’ historic race cars.

In his new role at United Autosports, he will manage car restoration projects for customers, while also travelling to various race events as part of the United historics race team.  His first trip was to Portugal for the Peter Auto Estoril Classic, where the team ran the 1989 Jaguar XJR10 and the 1974 Ford Cologne Capri RS3100 for Zak Brown and Dario Franchitti, sadly without a great deal of success this time.