Over the last 22 years the Tour de Corse Historique has become an unmissable event on the European historic rally calendar, and many drivers, some with prestigious CVs, return to its mythical stages each year.  If proof be needed, this year Jose Andreani and his team received more than 500 requests for entries, of which only 380 could be accepted.  These represented 12 different nationalities, with 196 cars running in the competition category and 169 in regularity.  There were 12 cars in the Legend class, enough to delight the public and the enthusiastic Corsican population who came in large numbers to cheer at the side of the road.  On the menu for this 22nd edition was five-day, 1027km route including 382kms over 19 special stages.  Frédéric Lombard reports… 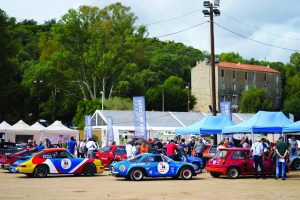 For several years the start has been given from Porto-Vecchio, a city that also hosts the technical and administrative checks and the final podium of the rally.  Christophe Vaison winner in 2014 and 2015 was back as were 2020 winners Alain and Sylvie Oreille, hoping for a repeat victory in their Porsche 911 Carrera RS 3.0.  Another star fighting for victory was double French rally champion in 1994 and 1995 and winner of the Monte-Carlo in 1996, Patrick Bernardini, in a BMW M3.   Absent since 2009, he was participating for the first time with his daughter Carla. 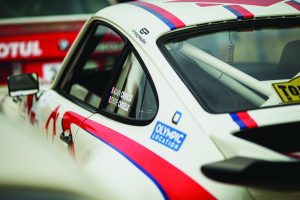 After many twists and turn, and a number of retirements, a consistent run from Alain and Sylvie Oreille (Porsche 911 Carrera RS 3.0) was rewarded with the overall VHC win.

For a fuller report form all the classes, see our November 2022 issue..