With UK racers confined to home circuits for the time being, the Thruxton Historic race meeting, put on by Motor Racing Legends, will give them an opportunity to drive on the country’s fastest circuit on the weekend of 12-13 June, and they have responded by filling the grids.  Nestled in the Hampshire countryside, the circuit, opened in 1968, offers a thrilling high speed ride to competitors.

The meeting will welcome the usual mix of MRL grids, which include two grids for cars from the 1950s.  The Woodcote Trophy is for original sports cars from post-war era, and the Stirling Moss Trophy is for sports racing cars up to 1961.

Touring cars are catered for with two 40-minute races in one big grid, encompassing everything from what was the U2TC (under two litre touring cars) series, to the MRL HTCC for Group A cars up to 1990, Group 2 cars up to 1981 and Group 5 cars up to 1969 – so everything from Ford Lotus Cortina and GTA Alfa, to Ford ‘Cologne’ Capris and ‘Batmobile’ BMWs, through SD1 Rovers and Jaguar XJSs, to BMW M3s and Ford Sierra RS500s.  There are four separate podiums depending on period. 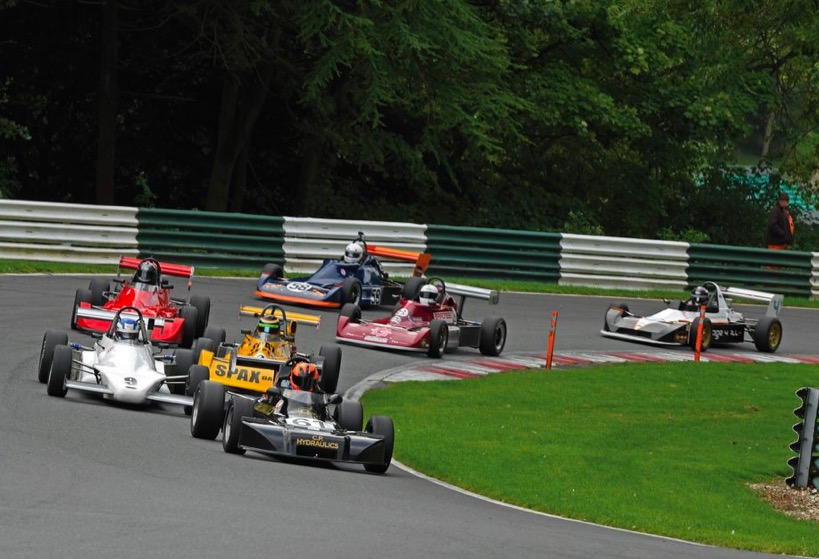 Pre-‘63 GT drivers will have a dress rehearsal for the Royal Automobile Club Tourist Trophy feature race, which takes place at Classic Silverstone at the end of July.  A one-hour, two-driver race is scheduled for them.

The most recent addition to the MRL line-up, the Jaguar Classic Challenge, will also have a one-hour, two-driver race, and more recently a Pre-War race has been added to the timetable after a big response from competitors keen to get their cars out of the garage after a long hiatus.

Julius Thurgood will bring his HRDC Jack Sears Trophy for pre-’66 touring cars, Allstars for GT and touring cars of the same period, and Classic Alfa Challenge grids, giving many car owners the opportunity to enter two or even three races.

Icing on the cake will be the Jochen Rindt Trophy race.  This was born from a group of competitors who wanted to race at Thruxton and formed the Classic Racing Car Club to organise a race for them.  For early Formula 2, Historic and Classic F3, Formula Atlantic and FF2000, plus an invitation class, their efforts have garnered huge support, and nearly two months before the event the grid is virtually full.  The event has also gathered support from Former F1 world champion Damon Hill supporting the F3 class, multi-championship winning race car constructor Adrian Reynard backing the FF2000 class and British club racing hero Ian Flux, sponsoring the Formula Atlantic class.

This prestigious trophy has been awarded by the BARC over the years, since the untimely death of Rindt, who had strong connections with Thruxton and Formula 2.  The first JRT was won in 1971 by Graham Hill (Rindt’s teammate at Lotus in 1970).  Since then, the JRT has been run periodically for special races with the blessing of the BARC.  Two 20- minute races are on the programme.   Contact Rob Manger robmanger@live.co.uk for entries for this.