The national championship final for this year’s Racing Historic Cup was run, as tradition dictates, at Falkenberg, with some 140 historic cars on the starting line on a cold and slightly windy autumn day, watched by a few hundred brave spectators on 18-19 September.   Bengt-Åce Gustavsson reports…

Formula Vee opened the proceedings and offered two exciting races that left speaker Bosse Lindman hoarse from the excitement.  The very last race of the weekend was also the most exciting, Lindman said, that he had ever seen!

Henrik Mathiasson was fastest in qualifying ahead of Anders Tjärnlund and Håkan Green in his Veemax.  These three drivers plus Johan Lund, Magnus Rugsveen, Richard “Lillen” Persson and Lars-Gunnar “Vegas” Johansson formed a cluster that changed positions constantly.  Halfway through the race, “Lillen” and Tjärnlund hooked up and were forced to retire.  Green went on to win ahead of Lund and Rugsveen.

The second race was just as exciting with tight and intense racing from start to finish.  The end was dramatic too, when Green and Lund clashed in the last metres and more or less crossed the finish line backwards!  “Lillen” was declared winner, ahead of Pontus Bencsik, Lund, Tjärnlund and Green, with a 1.1 second difference between the first five cars.

Torgny Johansson (March 782) was fastest in qualifying for Formula Slick with his F2 car, but in the race,  he was unfortunately forced out with a blown head gasket.  That left the field open for Alexander Weiss to win by a large margin in his F3 Reynard 873.  Peter “Lill-Orsa” Bohlin (Ralt RT30) crossed the line as runner-up but got a 10-second time penalty for a jump start and fell to fifth, leaving Thomas Rådmyr (Reynard 903) to take second ahead of Anders Lofthammar (Ralt RT21). 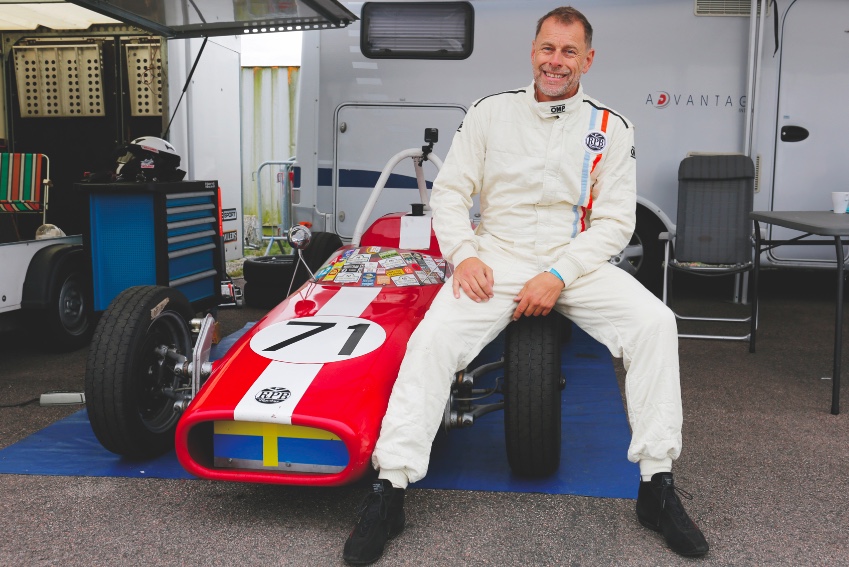 Johansson’s bad luck was Michaela Månlycke’s good fortune.  Forced to skip the first race after the ignition box in her March 812 gave up, she was able to take Johansson’s box and start the second race from last place.  Working her way through the field, she made it to second place.  However, the distance to Weiss was just too great for her to get there in the remaining laps.  Peter Bohlin finished third.  Things got a little chaotic during the race when Rådmyr spun his Reynard and the safety car went out to collect the field.   When the cars were released, Weiss made a lightning start, shrugging off  the rest of the field that was gathered behind Sören Forsberg’s Lola T492 Sports 2000.  Several drivers became impatient and overtook Forsberg before the start/finish line, with the result that four of them were penalised.

The new Swedish National Champions are Gustaf Stenquist, who won the Saloon class, Johan Lund, who won the Formula class, and Bengt-Åke Bengtsson, who took the GT sportscar title .

For more on this race meeting, see our November 2021 issue…