The Beauty of Historic Italy

Gianmario Fontanella and Anna Maria Covelli won the 11th  Terre di Canossa, which took place on 20-23 May, in a 1927 Lancia Lambda Spider.  After two and a half days of tough tests alternating with picturesque stops at sites of historical interest, passing through historic towns and villages usually closed to traffic, interspersed with fine meals, the pair also took home the Pre War Cup.  Taking a route that consisted of 650kms, with 63 timed sections and six speed trials with secret controls, Michele Cibaldi and Andrea Costa in a 1948 Fiat 1100 Siluro took second, while third place went to  Alberto Aliverti and Stefano Valente in a 1929 Alfa Romeo 6C 1750 SS Zagato.  Winners on the average speed stages were Winand Cremers and Nathalie Peeters in a 1955 Austin Healey 100/4 BN2. 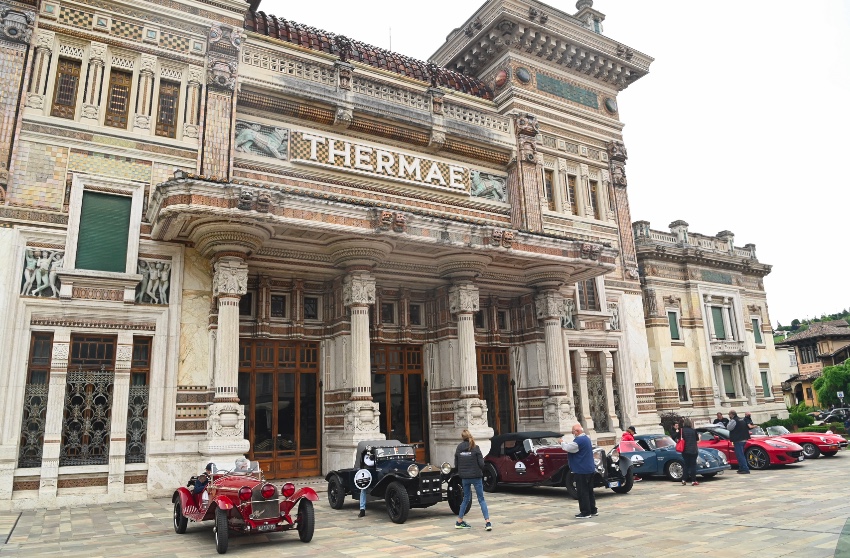 Despite travel restrictions and the difficulties faced by participants just to get to the start line in Salsomaggiore Terme, competitors came from all over Europe and even from the US and were rewarded with a stunning drive along the Ligurian and Tuscan coasts, including the Cinque Terre and Forte dei Marmi.  Travelling through the hills of Tuscany for a finish in Quattro Castella in Reggio Emilia, the heart of the domains once governed by Matilda of Canossa, crews also took on some historic Italian passes and hillclimbs along the way.