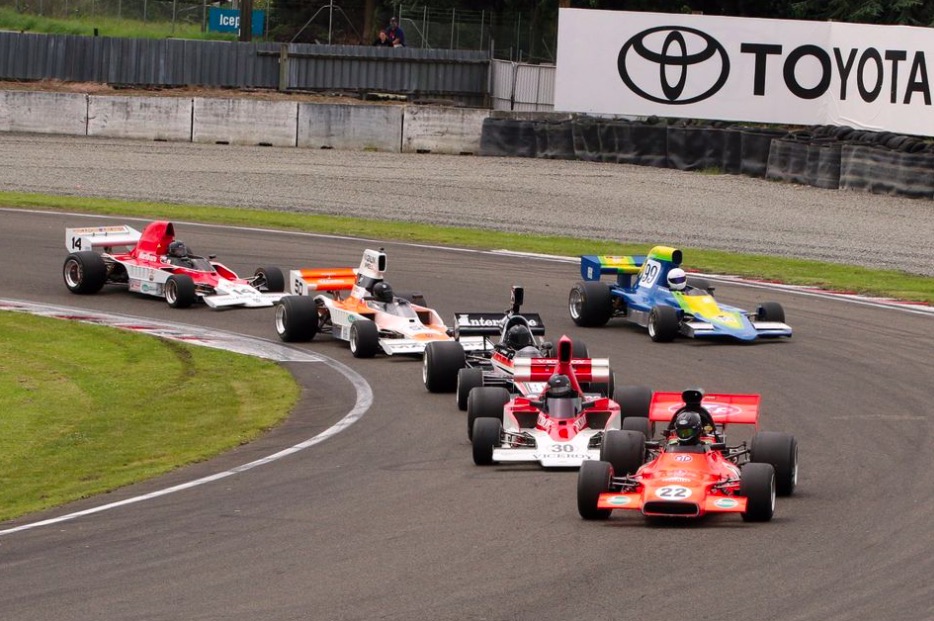 Now behind the wheel of famed Kiwi driver, car designer and constructor Graham McRae’s distinctive ‘hot-pink’ STP-liveried Leda LT27/GM1 001, the 24-year-old from Christchurch qualified quickest and won the first, of three races on Saturday afternoon from second quickest qualifier and impressive local driver, Kevin Ingram (Lola T332). Collins also won Sunday’s 10-lap feature final in the afternoon. With Kevin Ingram out with a gearbox issue on the first lap, competition this time came from Race 2 winner Shayne Windelburn (Lola T400). Under the rules of a new handicap initiative, Race 2 was started from a reversed grid based on the drivers’ best lap times. The field was split into six groups, each flagged off in succession. Unfortunately, early race leader – and one of two newcomers to the series, Toby Annabell in a Class A McLaren M10B – was an early retirement thanks to a fuel issue. Fellow Class A runners Tony Roberts (high-wing McLaren M10A) and Frank Karl (McLaren M10B) then each briefly held the lead before both were overwhelmed by a hard charging Windelburn (who had started the race halfway up the order), and Tim Rush in his Class A McLaren, with category veteran Russell Greer (Lola T332) just hanging on to third place ahead of a fast-approaching Collins. But Collins reckons that was OK. “You can’t win every race you start, and I think it’s a good thing that the committee is at least looking at – and now obviously trying out – some different starting formats. I know I was trying fairly hard to make up the deficit they gave me.” Tony Roberts (McLaren M10A) was back to his best in Class A, twice leading home 2019/20 class winner Frank Karl (McLaren M10B). For his part Shayne Windelburn was buzzing – as much about finishing second to Collins in the feature final on Sunday afternoon, as he was winning the handicap race earlier in the day. 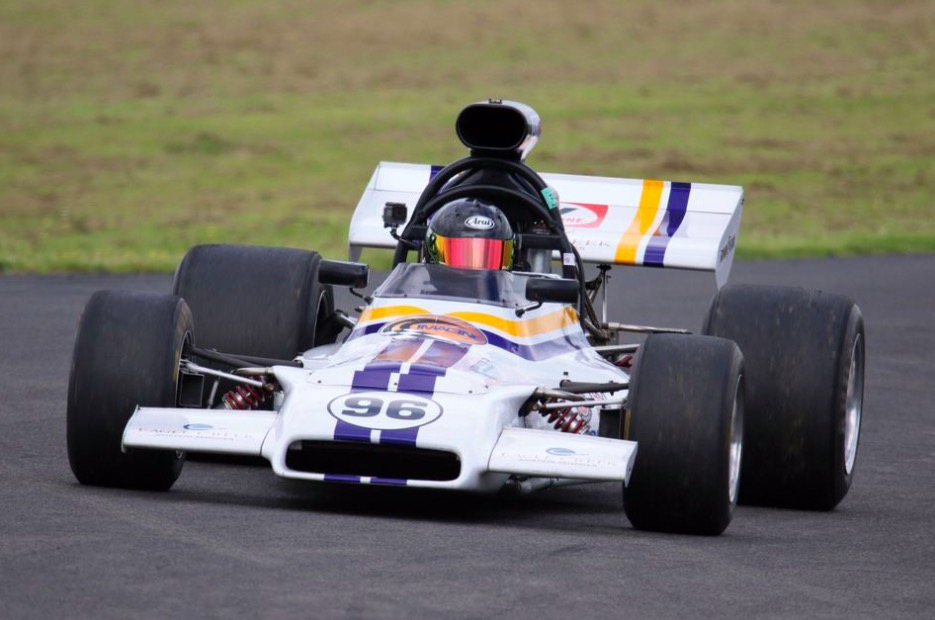 The other driver to make a big impression at the meeting was Anna Collins, driving the other Hey family-owned Leda LT27, the car that her younger brother Michael has been driving for the past three seasons, and with which he won the championship last year. Like Michael, Anna has a solid driving CV from 10 years of racing karts at an Island and National level before spending the past five years contesting both the NZ Formula Ford championship and the South Island F1600 series.

Though she said that her plan at Manfeild was to “ease my way into the car and category” the 28-year-old from Christchurch came away with two third places in the scratch races and seventh place in the handicap on Sunday.

Not bad for a first attempt.