The first major classic road rally of the year was the HERO Summer Trial which ran over three days, from 4 to 6 June, from a base in Telford.  Nearly 60 crews took part in pre-1986 cars and the winners were BMW crew Angus McQueen and Mike Cochrane who have twice been runners-up.

Despite COVID restrictions, the event was judged a great success as competitors tackled a route that took in special tests and regularity sections in the Shropshire and Staffordshire countryside, with 18 regularities and 10 tests in a 400-mile route over three days.

A tremendous final day top ten battle included a three-way fight for fourth with just two seconds between the crews with one test to go.  Former HERO-ERA Cup champion Paul Bloxidge navigated by his 15-year-old grandson Oli Waldock, hauled themselves up from fifth to second place.  It was a remarkable performance by the young navigator in an event which the experts said was not easy.  As a bonus, Oli took the ‘Clock-watcher’s Award’ for the best navigator after his stupendous efforts. 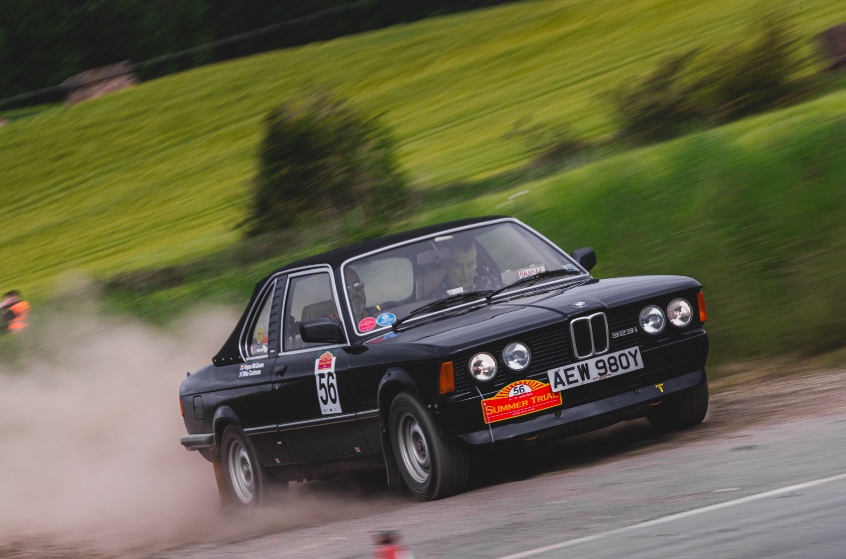 Winner McQueen (BMW 323i) had been knocking on the door of victory several times before.  Co-driver Cochrane said, “Being on time and not being pushed is important.  We like to stay on the clock and make it up if we have to, rather than have time in hand.  Our tests have been fantastic, it used to be a bit of weak point for us but we were fastest on test one and second fastest on test two, so it started well.”