Competitors at the Spa Summer Classic will be amongst the first to experience the re-vamped paddock arrangements at the Francorchamps circuit, which celebrates its centenary this year.  Sadly, their fans will not be there, as the event is to be held behind closed doors.

A truly pan-European mix of grids and entrants, on the programme are the German FHR Tourenwagen Classics for DTM-type cars of the ‘80s and early ‘90s, and the Gentle Drivers Trophy races for pre-’66 touring and GT cars.

From the Netherlands, the NKHTGT for pre-’66 cars, will be sharing the grid with the Triumph Competition & British HTGT from Germany; and the Dutch NKGT&TC will be catering for the post-’66 cars.  Also from Holland will be the Dutch Youngtimer YTCC, who always produce a big grid. 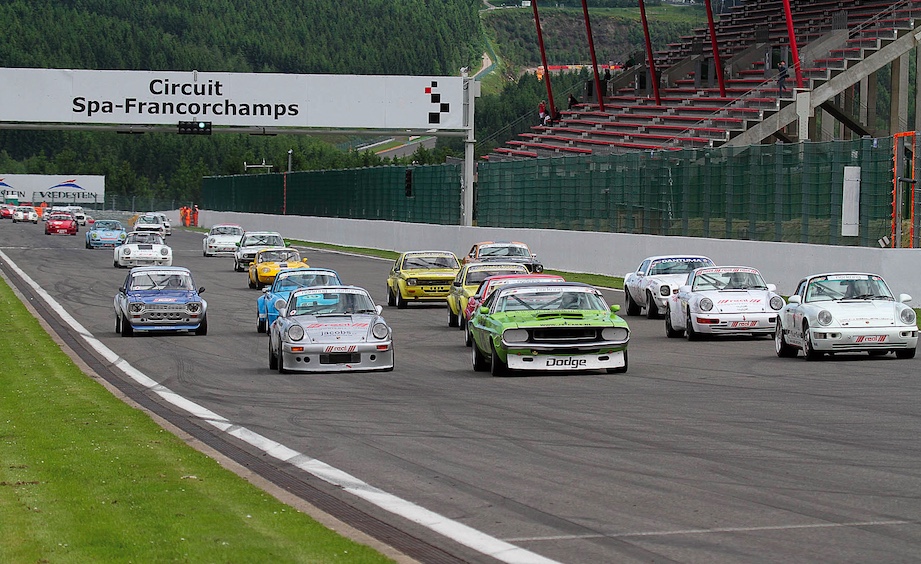 On home ground will be the Belcar Historic & Youngtimer Cup for old and Youngtimers up to 2000 and the Historic Monoposto racers, with their formula cars from the 60’s.  Also at home is the appropriately-named CRAC.  This is a series for historic single seaters that meet on track for demo runs without timing, just for the fun.

Other single seaters will be supplied by the Austrians for the Drexler Formula 3 Cup for Formula 3 cars up to and including 2018. The Brits, including the Classic Sports Car Club, usually such a feature of this meeting,  were reticent to join this year due to travel restrictions in the UK.