It’s been a long while since we’ve seen historic racing at Spa and, while the Spa Summer Classic went ahead on schedule on the weekend of 26-27 June, it did so without an audience, and without the participation of the usual Brits. Absent was the Historic Sports Car Club, usually an integral part of the meeting and co-organisers of the feature 3-hour race. As a result the Belgian, German and Dutch grids got to make hay on the beautiful Francorchamps circuit. 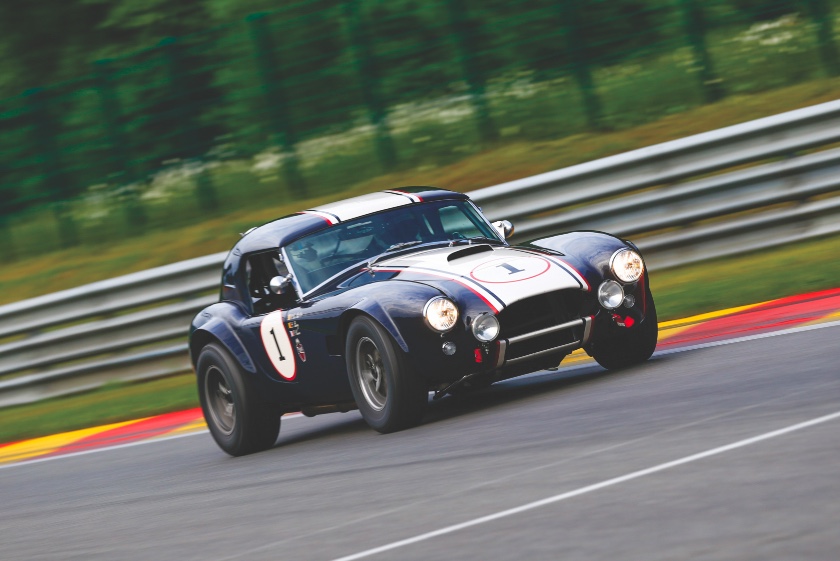 The winning Gipimotor Cobra, driven by Gipimotor boss Christophe Van Riet and Fred Bouvy was way out front in the 3-hour race when fuelling issues set them back to 14th place  Photos Carlo Senten

Despite the missing cross-Channel entries, the other co-organisers of the 3-hour race, Diogo Ferrao of Iberian Endurance and, of course, meeting promoters Roadbook, provided a grid of nearly 40 cars, and it was a chance for the home-grown Gipimotor team of Christophe Van Riet and Fred Bouvy to shine in what turned out to be a tough contest. As in 2019, the last time the race was run, Van Riet made pole, his main rivals being the two Porsche 911 Carrera RS of the Danish Rolner family (Lars and Andreas in one, and Annette Rolner coupled with Michael Holden in the other), and the Lotus Elan of Christian, Lando and Alexis Graf Von Wedel, who would have to stop for driver changes, but would not have to take on fuel. 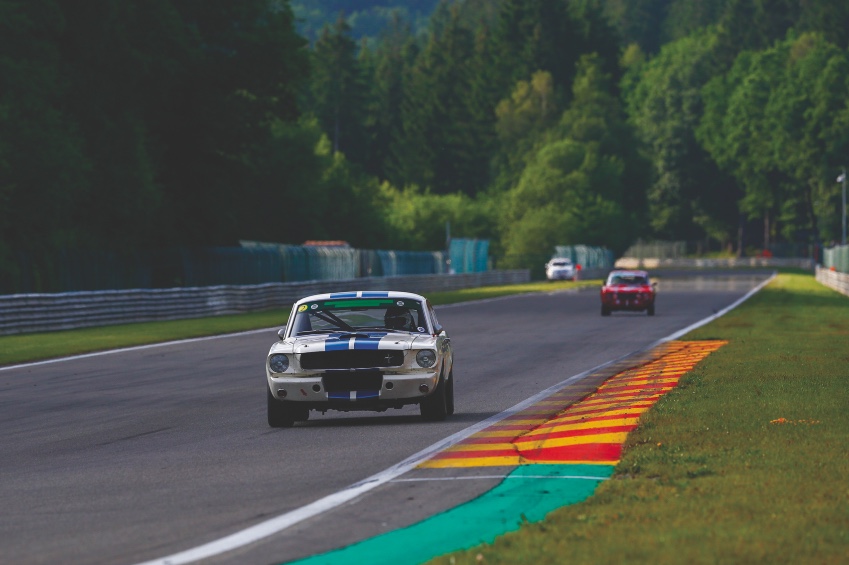 It looked good in qualifying for an Elan in the NKHTGT race, when Jos Stevens was faster than the massed ranks of Corvettes, Mustangs and E-types, and even Armand Adriaans’ GT40. However moments later he rolled his car at Raidillon, fortunately without damage to driver and with little damage to car. Long-standing NKHTGT competitor Michiel Campagne took his Corvette Grand Sport to a convincing win in the one-hour race after closest rival Kaj Dahlbacka retired his similar car when the wheel fell off! This left Adriaans’ GT40 in second place. Third on the podium was Roelant de Waard, who dominated the busy GTS12 class in his Shelby Mustang. 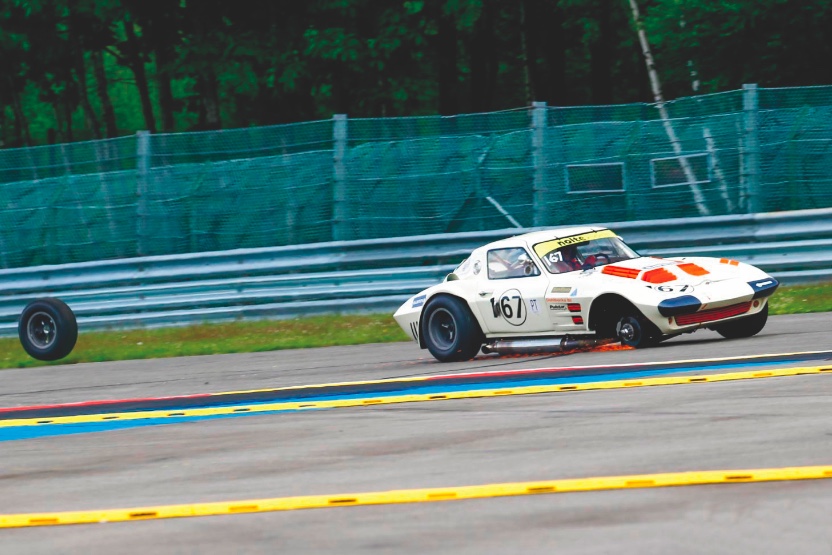 Kaj Dahlbacka retired his Corvette from the NKHTGT race when his wheel fell off!

Other grids were for Youngtimers of various descriptions including, amongst the Belgian grids, the Belcar Cup, for cars built up to the year 2000. Marc Duez, at the wheel of an IMSA Chevrolet Monza and Luc Moortgat’s Porsche 964 Cup put on the show for this, with Moortgaat taking the first of two races and Duez being black flagged for exceeding the sound limits in race two while in the lead. The German-based Colmore Youngtimers Touring Car Challenge (YTCC) produced a huge grid for three 30-minute races and offered two wins to Peter Mucke in his Ford Zakspeed Turbo Capri and one win to Roger Bolliger driving a Pontiac Trans AM after two DNFs in races one and two, and in the absence of Mucke in race three. Two Gentle Drivers Trophy races went to Swiss driver Marcus Jörg driving a Lotus XI and a Tourenwagen Classics race went the way of Dane Steffen Lykke Gregersen in his BMW M3 E30. 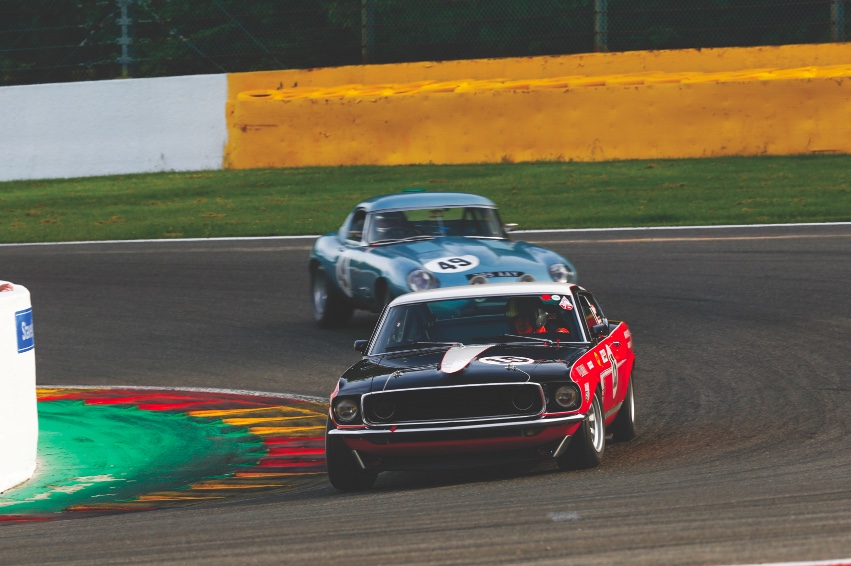 Read a more detailed report in our August issue