With a final court appeal denied, it is now all but certain there will be no more racing at the historic eastern Canadian Circuit Mont-Tremblant after a campaign by locals led by the “Association des Résidents pour la Qualité de Vie”. It’s a significant blow to the sport in general and the Historic Motor Sports Association (HMSA) in particular. “I was informed on June 10 that Le Circuit has exhausted all legal options regarding the sound-limit restrictions to continue racing at the track,” explained a shocked and saddened HMSA President Cris Vandagriff. “Therefore, it’s with a very heavy heart that our event, Sommet des Legends, has been cancelled. Unfortunately, the track owner does not know what the future may hold for racing at this historic venue.” The annual historic festival was due to run on 7-10 July. 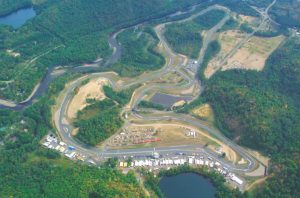 Nestled in the hills below the ski resort and popular tourist destination of Mont Tremblant, the beautiful circuit first opened in 1964. Described by Jackie Stewart as “The most difficult after Monaco”, it twice held the Canadian Grand Prix and has most recently been owned by Lance Stroll of Aston Martin F1 fame, who has spent considerable sums on upgrading the track and facilities. Its future and all the benefits of tourism and jobs it has brought to the area are now unclear.