Just when defending F5000 Series title holder Michael Collins looked like wrapping up this season’s series, Auckland resident Grant Martin pulled his Talon MR1/A “out of the shed,” qualified second to Collins, then proceeded to lead the first race at the final round, the big Paul Fahey Legends of Motorsport meeting at Hampton Downs, on Saturday afternoon from start-to-finish.

Collins did indeed find a place to get alongside and attempt to pass as the pair entered the downhill hairpin – only to have one of his car’s halfshafts let go, leaving the 25-year-old ace stranded at the side of the track and Martin to complete the final lap unchallenged.

Codie Banks and fellow Lola T332 driver Kevin Ingram were the next pair home, though fourth quickest qualifier David Banks (Codie’s father) didn’t make the grid thanks to an issue with his Talon MR1’s crown and pinion.  Class A for pre’71 cars was again dominated by a quick and consistent Frank Karl (McLaren M10B). 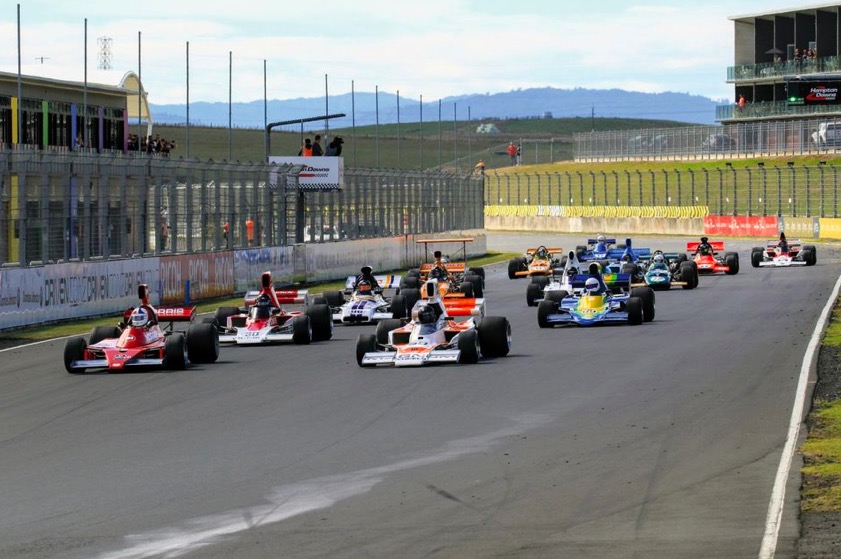 The series was able to nally emerge from beneath the COVID-19 cloud it has been operating under this season, with strong entries and at least two new owners and/or drivers  Photos Fast Company Ma Smith

Enjoying a trouble-free debut in his newly-acquired ex-Ian Riley Lola T332 was long-time tin-top man Bruce Kett, whose measured approach saw him qualify 16th but finish Saturday’s race in 11th place.  As the weekend went on, Kett got quicker and quicker.  “I’m just buzzing,” he said afterwards.  “The car is just so different to anything else I have ever raced.  Every time I go out in it I learn something!”

Sunday’s handicap race was won by Shayne Windelburn (Lola T400), who admitted to a tad of embarrassment having won for the third time in as many rounds.  “Just a little bit,” he laughed.  “But what am I supposed to do when they give me a start time like they do?” 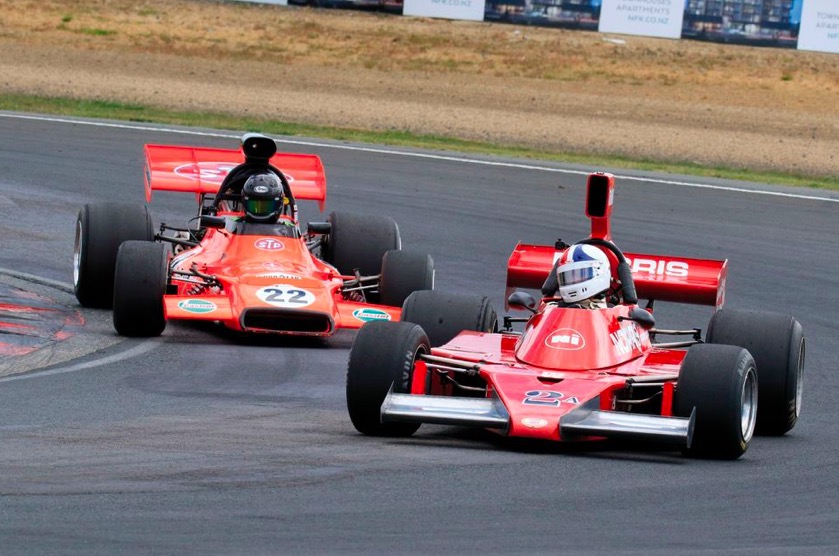 As it was the race – which was started in the pit lane with the field split into different speed ‘bands’ – produced some impressive handicapping, with class coordinator Tony Jack congratulated on a job well done by the Clerk of the Course.

In a riveting 10-lap final on Sunday afternoon, enlivened up by the composition of the grid – with Martin on pole and Collins right at the back thanks to his non-finish on Saturday – Collins literally pulled out all the stops as he worked his way up through to a position where he could at least challenge for the lead.  However the field spent three laps behind the Safety Car early on while Chris Watson’s Gardos was dug out of the gravel trap.  Once the track went green, Collins pinned his ears back and made it up to second place only for the chequered flag to come out just as he had locked his lasers onto the Talon.

‘’Seriously,” said Collins, “I really wanted to win that one and I would have had him if there had been one more lap.”  Kevin Ingram and Anna Collins (Michael’s sister) followed the two leaders home.