Organisers of the Bernina Gran Turismo hillclimb, first run in 2015, have long held the ambition to revive the International Automobile Week, which last took place in 1929 and 1930 in glamourous St Moritz.  The event back then comprised of a concours d’élégance, a race over a flying kilometre, a rally, and the Bernina hillclimb.

As of 2021 the Internationale St. Moritzer Automobilwochen will be relaunched to include all of these events over one week in autumn based in the famous resort.  “It was only logical to resume the Kilomètre Lancé and the Concours,” said event Advisory Board member Florian Seidl.  “Of course, such events have to be adapted to the times without losing the reference to history.”   Rather than running on the road, the race will take place at the airport in Samaden, within sight of Shellstrasse, the road where it was first held, and which still bears the name of the sponsor of the time.  Event backer, Kurt Engelhorn and his team have recruited expert reinforcements in the form of German organisers Tobias Aichele and Jörg Litzenburger, known for the Solitude Revival and the Glemseck 101 motorcycle events respectively, to help with the planning. 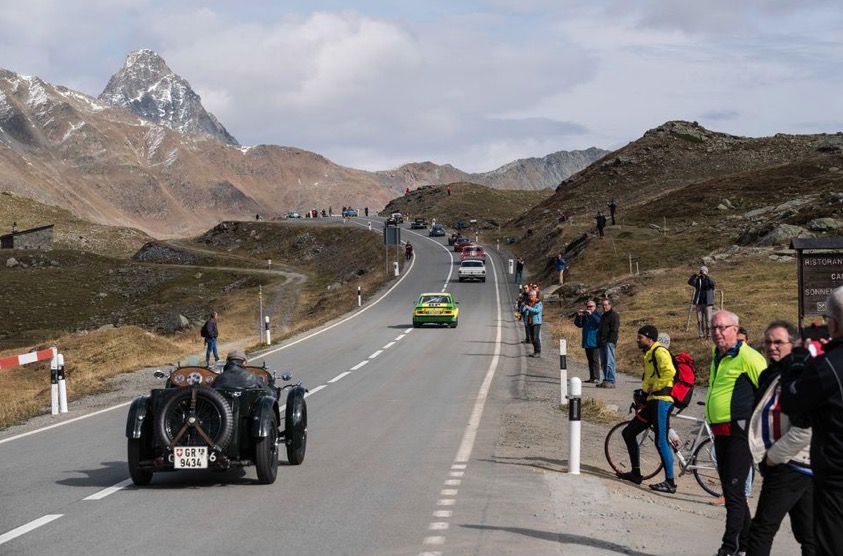 “The Motorsport Revival will be a concours that is not a concours,” continued Seidl.  “Instead of the conventional, somewhat dusty display of over-restored vehicles, we will focus on racing and sports cars.  It will be a very exclusive event, celebrating upscale lifestyle, but uninhibited and modern.  This suits St. Moritz and not least the Kempinski Grand Hotel des Bains, where the event will take place.  There will therefore only be a strictly limited number of tickets available to maintain exclusivity and the vehicles on display will also be selected according to strict criteria.”  A motoring-themed film festival is also planned during the week.

Another topic close to the organisers’ hearts is the issue of the next generation, which is why there will not only be a decidedly young jury, but also a themed discussion panel where the new generation will have a voice.  “This is the main reason why we want to leave the beaten track.  We need to make Classic Cars and the related events interesting and exciting for a young audience.  Therefore, we will bring more movement and action and much less stiff static into play.  The events have to be more fun again.”

Dates over which the various events will take place, culminating on the second weekend with the popular Bernina hillclimb, are 10-19 September.  Each event has its own website and social media pages.