Like all organisers, especially those with an international profile, Peter Auto has been struggling to maintain a viable racing calendar through all the various and unpredictable restrictions imposed by different governments and governing bodies.  First to be postponed was the Dix Mille Tours du Castellet, which moved from March to early May, a date made available by the postponement of the Tour Auto, which went from April to late August-early September (see our rally section this issue).  With Belgium running to different rules than France, the next victim has been the Spa Classic.  Due to run on 22-24 May, the announcement of its cancellation was announced on 11 March.  To compensate the drivers and give them sufficient track time, both the Dix Mille Tours meeting and the GP de l’Age d’Or meeting at Dijon in June will feature extended hours on their track permits, so drivers at both meetings will get longer practices and races, including extended night races.  The Group C cars, scheduled to run at Spa, are now invited to race at Dijon instead, their first visit there in four years.  In addition, Peter Auto has added a further meeting to its calendar, at Nogaro on 23-25 July, and the venue of the September Monza meeting, has shifted to Vallelunga.  All in all it’s quite a jigsaw, except in this puzzle the final picture keeps changing. 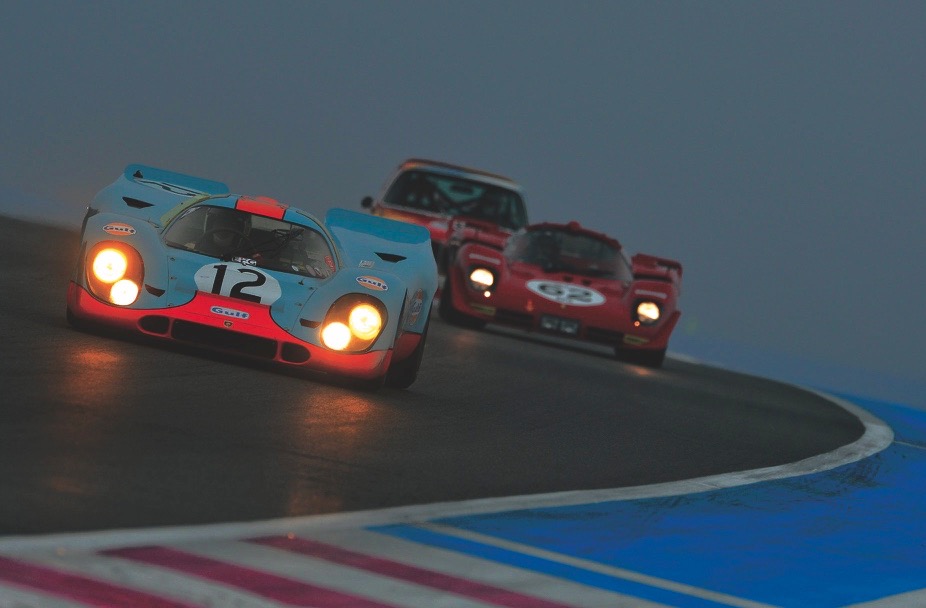