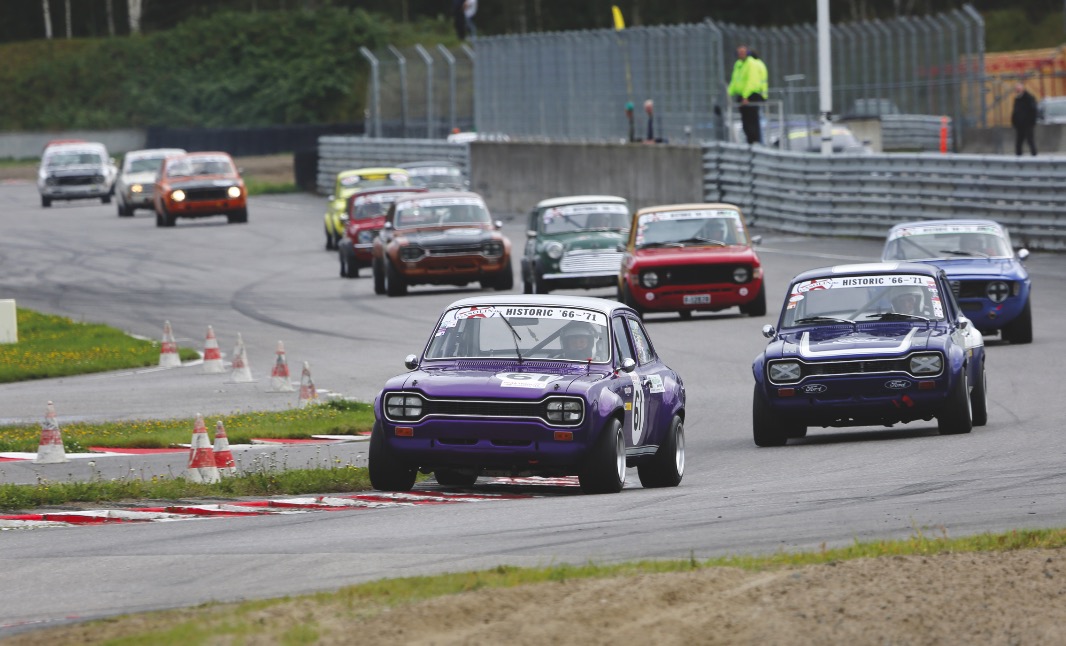 Atle Ramberg on his way to victory the last race of the year in his Ford Escort 1300 GT.
Photo Bengt-Åce Gustavsson – www.racefoto.se

In the oldest category Frode Alhaug had a perfect ending to his season when he won both the final races in his Corvette and just managed to clinch the title on the same points as Per Arne Lunde, driving a Ford Lotus Cortina. Gudmund Gulbrandsen (Ford Falcon) came third in the championship. In the 1966-1971 category John A Johansen won the first race in heavy rain in his Mini and that was his third victory of the year, but he had retired too many times to make a good enough overall result. Atle Ramberg won the last race of the year in his Ford Escort 1300 GT and the championship by just two points ahead of Terje Andersen’s Escort RS 1600. Odd-Andreas Ingebrigtsen came third in a Mini.

With the title safely secured after he won the first race for the newest category, his fifth win in a row, Tor Magne Tjemsland could make the final run in his Ford Escort RS 1600 with ease and still manage to come in second place behind Mathias Havdal’s similar car. In the championship Marius Thormodsen (BMW) came second and Havdal third.`