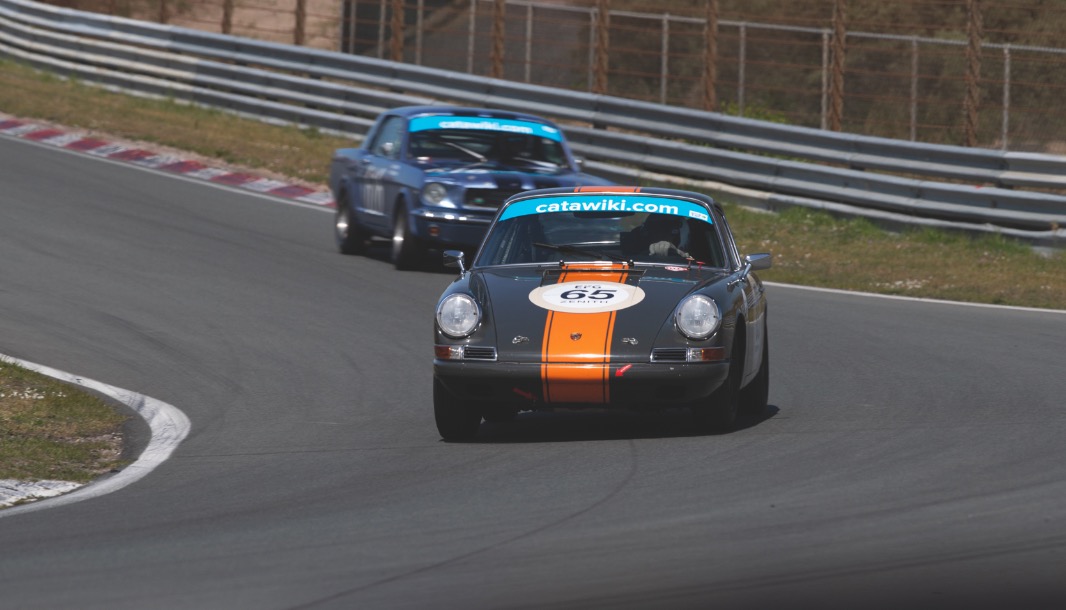 Cars run to Appendix K and points are awarded according to class performance, so there can be many contenders for the title.  In 2019 Erwin van Lieshout scored an unbroken run of GTS11 class victories in his Porsche 911, taking maximum points at every race, and well deserves his title as 2019 Dutch Champion.  The runner-up position was decided on the last lap of the last race, with Jaap van de Ende just pipping Norbert Gross in the Ford Falcon he shares with Martin Bijleveld.  Competition was fierce in the big GT class.  In the end it was NK HTGT debutant Roger Grouwels who amassed the most points in his Iso Rivolta, helped by a couple of non-scores for Rhea Sautter and Andy Newall in the German’s Jaguar E-type. Fastest man in the field was unquestionably Bob Stevens in his Lotus Elan, but he had an unlucky season, which fortunately ended on a high with a great victory in the last race at Dijon-Prenois. In 2020, the NK HTGT will race at six different circuits in four European countries:

Known for its good value, and thanks to new title sponsor Nolte Küchen and loyal sponsor Gamma, an entire season of racing in the NK HTGT still costs only €3150. Single weekend entries are just €795. For information visit www.nkhtgt.nl.