Cottingham/Girardo win at Snakes and Listers

The second Royal Automobile Club Pall Mall Cup race for Pre-‘61 sports racers and Pre-‘66 GT and Touring cars, over three hours on Silverstone’s Historic Grand Prix circuit, ended Motor Racing Legends’ season in style on October 31.  After a spin at Luffield on lap one, James Cottingham, starting Max Girardo’s late-built Lister-Jaguar Costin, regained the lead, which Girardo defended despite a gyration of his own at Stowe.  With Cottingham at the helm again, and the Shelby Cobra Daytona Coupe evocations of Roy Alderslade, Olly Bryant and Sam Tordoff on the same lap, fighting for position, this was a battle to the end.  The Lister pair won by 46 seconds, from George Pochciol/Matthew Wrigley/Bryant and Michael Cullen/Paddy Shovlin/Tordoff.  As the action unfolded on live-streaming, courtesy of DK Engineering and ADP Classic Racing, it can be enjoyed for posterity via YouTube and other platforms.

Forty-three cars started the enduro, in which British Touring Car Championship star Rory Butcher (in William Paul’s Jaguar E-type) took over the lead when Cottingham rotated, only for driveshaft failure to strand him after four laps.  Recent Estoril winner Harvey Stanley took up the cudgels in DK Engineering’s Pre-‘63 Huffaker E-type but was quickly demoted by Cottingham and Gareth Burnett in Michael Birch’s ex-works/Graham Hill Lotus 15.  Miles Griffiths was harassing Burnett when his Lotus Elan burrowed deep into the gravel at Club, where it remained.

Having served its second mandatory five-minute stop after a short stint by Birch, Richard Bradley took over the Lotus 15 with a cunning plan to go to the end.  As the pitstop stagger unwound this tactic looked promising until its rear suspension broke after a trip over the kerbs at Becketts.

Out front, Jordan eroded the gap to Girardo from a minute plus to 30 seconds before putting car owner Alderslade back in.  While nobody could now catch Cottingham, the Cobras re-ordered.  Alderslade – in his second full season of historics – was gobbled up by the younger hotshoes.  Gregoire Audi/Rob Hall and Nick Sleep/Alex Montgomery/Joel Wykeham (Cobras) completed the top six, ahead of class winners Stanley/Jeremy Cottingham and Will and Michael Schryver/Marcus Weller (Elan Shapecraft coupe).  Malcolm Paul/Patrick Watts (TVR Grantura) saw off the best of the Porsche 911s to ace their division by 18 seconds.  First tin top was Alan Greenhalgh/Simon Lane’s Ford Falcon. 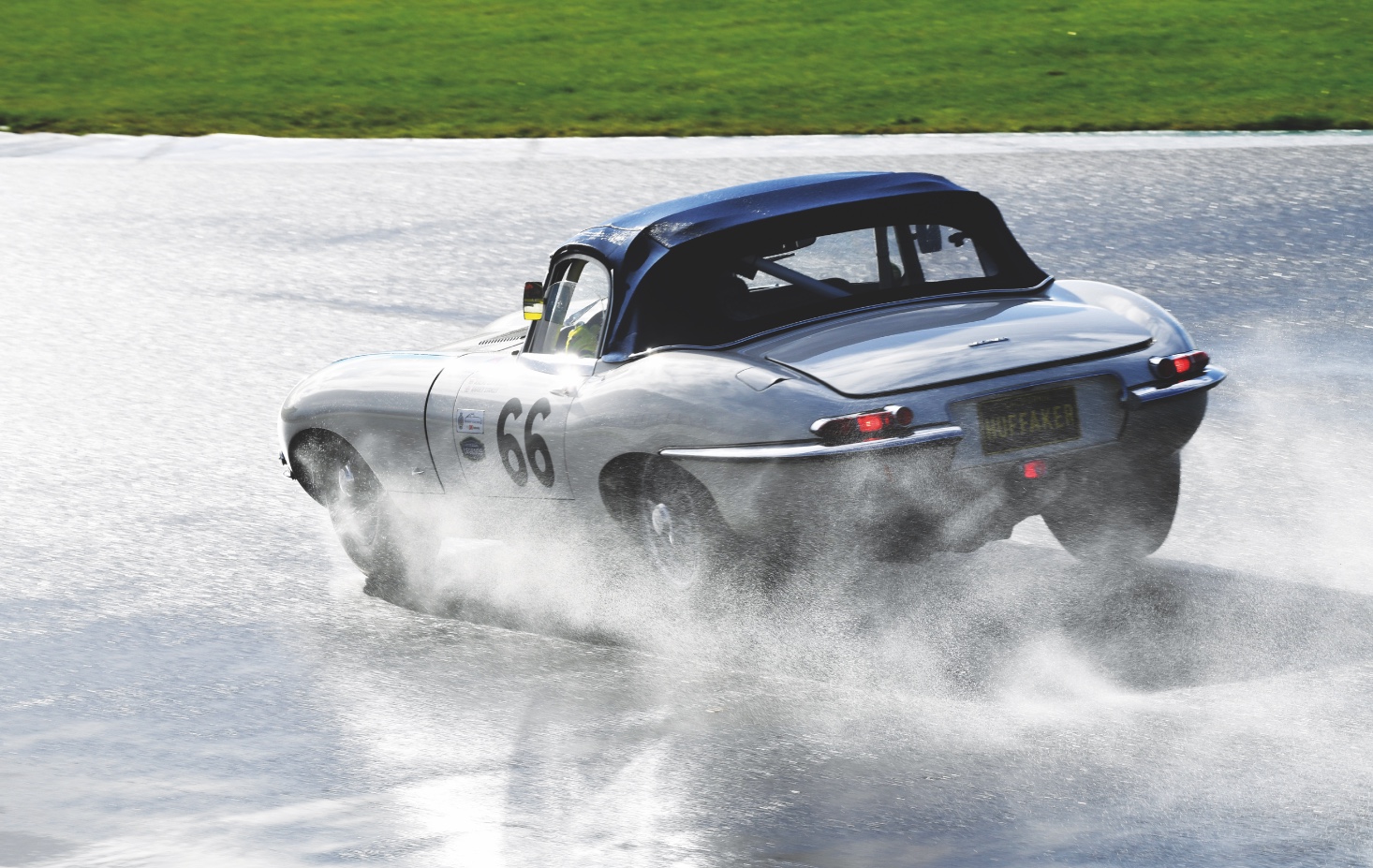 Thirty-three cars started the 1950s’ sportscar race, the younger Stirling Moss Trophy division to the fore.  The contrasting Lister-Jaguars of Gary Pearson (Costin) and Rob Smith (in Steve Osborne’s Knobbly) and Richard Bradley – fresh from a fine European Le Mans Series run at the Algarve Circuit in an ORECA prototype – in Birch’s Lotus 15.  When diff failure ended Pearson’s aspirations, Bradley went clear, but Chris Ward hounded him down. A lap and a half from home the Lotus’ two-litre Climax FPF engine spluttered to a halt and Ward snatched victory. 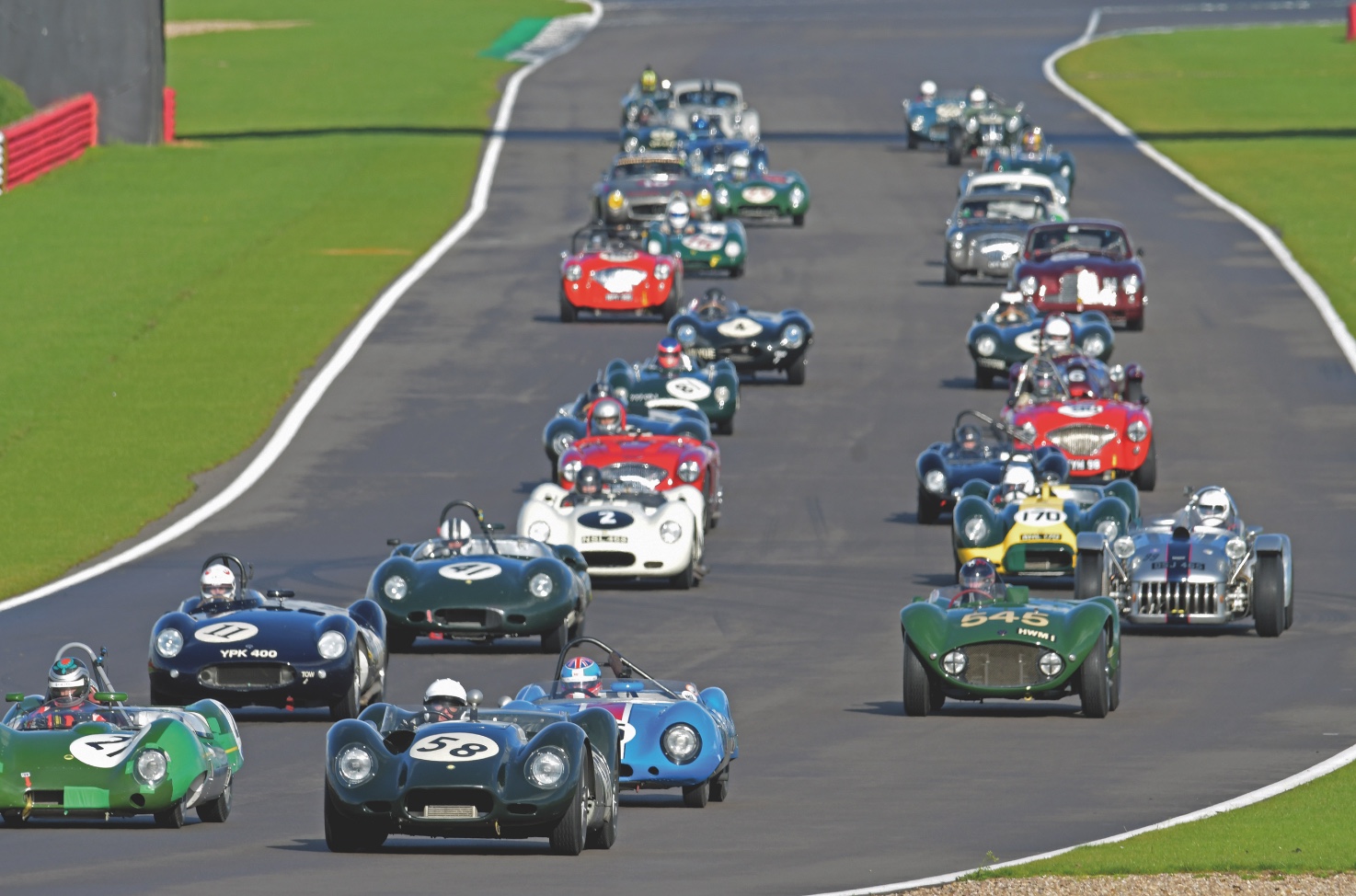 Rob Smith and Chris Ward (Lister Knobbly) took victory in the Stirling Moss Trophy race after Gary Pearson (Lister no. 58) and the Lotus 15 (No 21) driven by Richard Bradley failed to finish

There could not have been a more popular Historic Touring Car Challenge winner than Paul Mensley.  Driving the only Ford Sierra Cosworth RS500 in the field, Mensley outlasted Simon Garrad’s Nissan Skyline, then had to contend with rampant poleman Freddie Hunt – 1976 F1 World Champion James’ son – in Ric Wood’s Skyline while conserving frazzled wet tyres on a drying track. 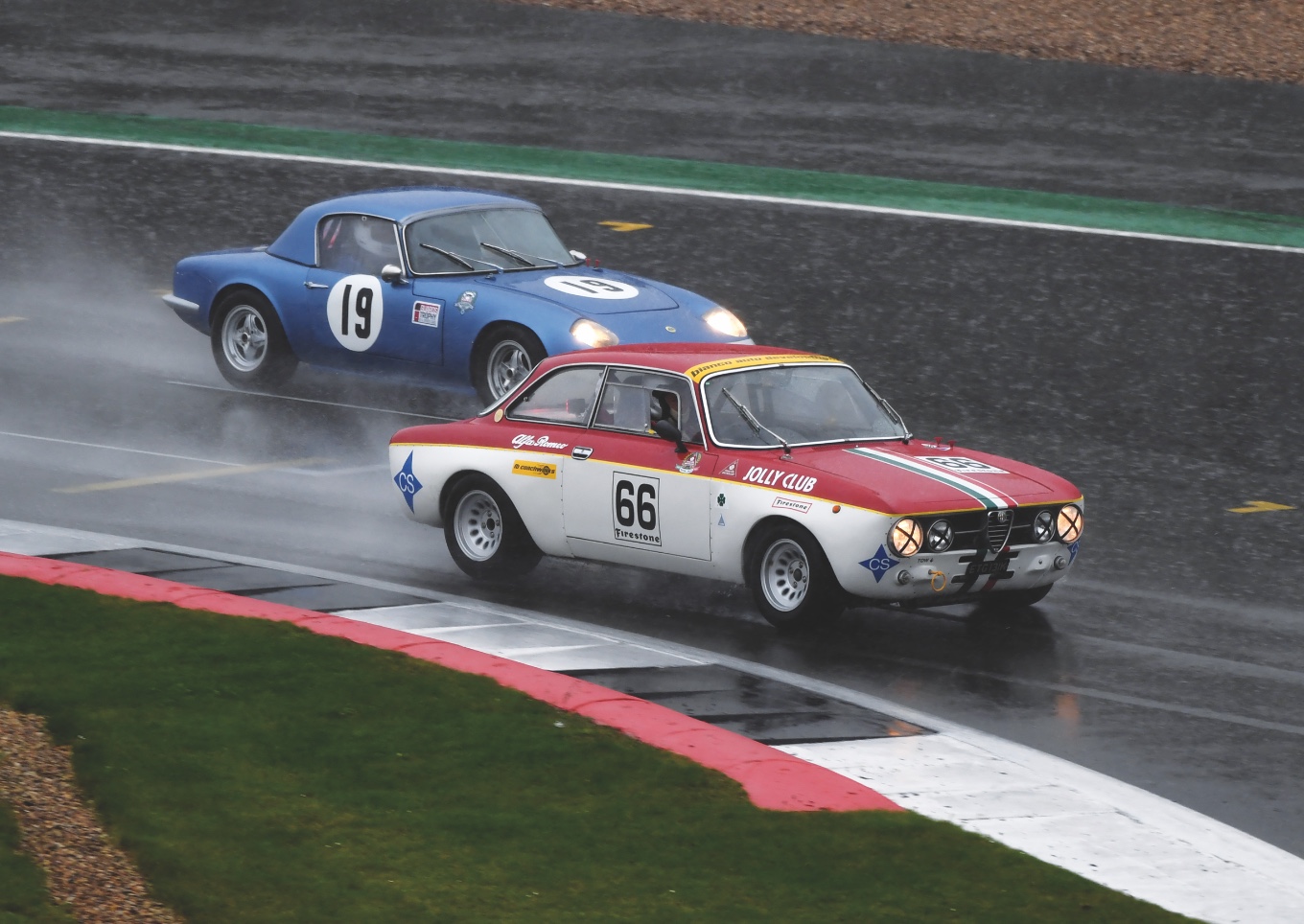 The packed autumn calendar reduced the second Amon Cup Ford GT40 race’s grid to seven.  Nonetheless, the battle for supremacy between Miles Griffiths and Gordon Shedden in Philip Walker’s machine and Spa Six Hours victors James Cottingham/Olly Bryant (in the former’s car) made compelling viewing, and listening, as their V8 roars melded in the air – until the mandatory pitstops.

To read Marcus Pye’s full report on all the races, see our December 2021 issue….