With a new date, moved from June, the Modena Cento Ore set out from the Adriatic resort of Milano Marittima on October 3 for the start of four days comprising competition on ten hillclimbs and the circuits of Mugello and Misano.  This year, instead of traversing Italy to Liguria, the Cento Ore returned to Milano Marittima for the first two nights, with a stop in Florence on the third day of competition before the traditional finish in Modena.  The whole route was accompanied by Italian autumn sun shining down on a who’s who of historic racers in Europe and beyond, with competitors from 18 countries, the largest contingent of which came from the UK. Less than 10% of them were Italian. 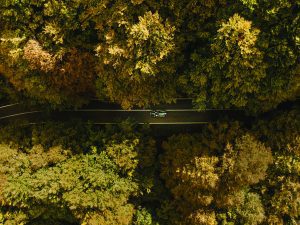 With the main prize going to a pre-’66 car, the weapon of choice for this event has become the Jaguar E-type, and indeed the model has won outright on many occasions, but other favourites for this class were the Alfa Romeo GTA and Lotus Elan.  So, it came as no surprise when Swiss duo Thomas Kern and Stephan Peyer brought their E-type home in first place, but only after the leading Lotus Elan of Joackim and Christina Finckenstein lost ten minutes on SS7, leaving the E-type in charge for the last two days.  Mark Freeman and Mike Ellis had driven their Shelby Cobra consistently in second place, only to be surpassed by Stan and Christine Novakovic (Shelby Mustang 350GT) in the last stages, losing second place by a mere .5 of a second!  A notable performance by François Fabri and Alex Furiani saw them finish in fifth place in their Alfa Romeo Sprint GTA behind the leading muscle cars and the Porsche 904 of Maurizio Fratti and Carlotta Romano, which finished fourth.

The competition in GHI produced an all-Porsche podium, with Kris Rosenberger and Nicola Bleicher dominating all the stages in their 911SC Group 4.  Paolo Marzatico and Frederico Ferrari (Porsche 911 3.0 RSR) were only 14 seconds behind.  Amongst the cars that caused a stir for the fans that lined the road were Didier Sirgue’s De Tomaso Pantera Group 4 that finished fourth behind Glenn Janssens RSR Porsche, and the 1980 Opel Monza 3.0 E driven by Stephan and Matthias Jocher, a car that won the 1980 European Touring Car Championship and took second overall in the 1981 Nürburgring 24 Hours. 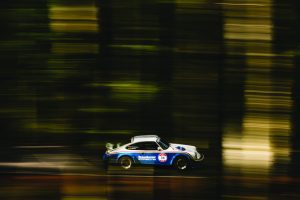 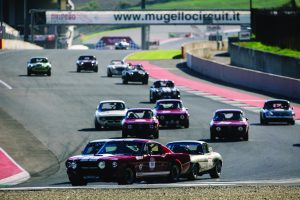