Having previously won with Andrea Guerini (twice) on the notes, then last year with his father Roberto, Andrea Vesco, this time with Fabio Salvinelli, took his fourth Mille Miglia victory, once again driving his 1929 Alfa Romeo 6C 1750 Super Sport.  The time-distance contest ran counter-clockwise this year on 16-19 June, from Brescia to Rome and back in intensely hot conditions compared to last year, for some 1800kms through some of the most beautiful cities in Italy.  The Brescian driver won only on the last leg when he overtook Luigi Belometti and Gianluca Bergomi, driving a Lancia Lambda Spider Casaro of 1929, who had been leading by a mere three points.  Out of 375 cars at the start, 341 crossed the finish line back in Brescia. 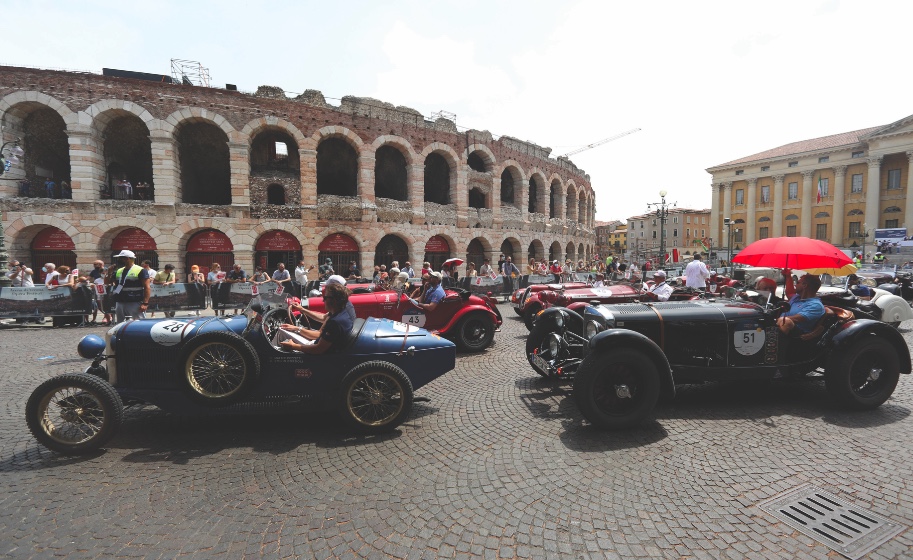