Historic Formula One and Formula Junior competitor, John Delane, who you may have seen feature recently in our Heroes of Historic Motor Sport section, recently celebrated a milestone in his 34-year historic racing career, when he raced on his 100th different track.  Delane has competed in over 412 events in 21 countries.  With some 17 FIA titles on his CV, he was the first American to win the Historic Formula One Championship outright and the first driver to win two overall FIA historic championships, F1 and Formula Junior, in the same year.  In recent years he has concentrated on driving sportscars. 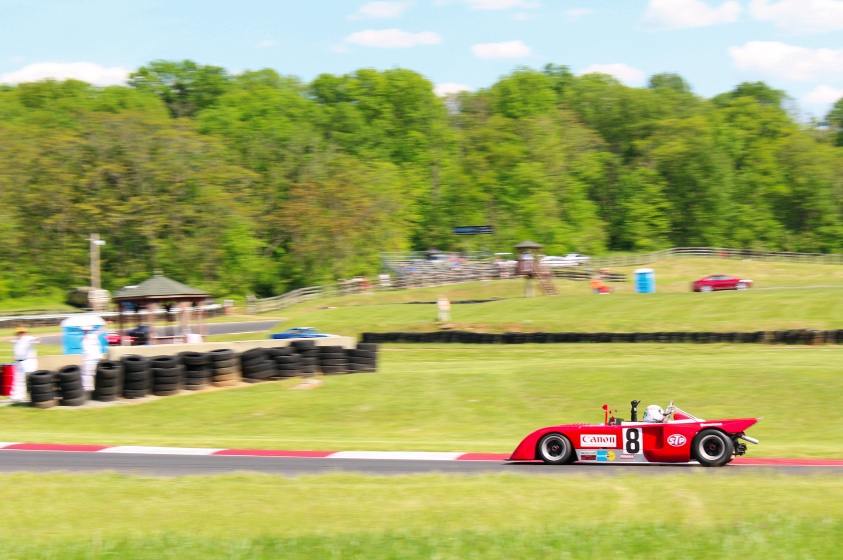 hn Delane celebrates yet another podium finish on his 100th track

May 14, 2021 marked Delane’s 100th track at Summit Point, WV, when he participated in the Jefferson 500 in the Cunningham Cup race in his 1972 Chevron B21.  He was cheered on by his wife of 55 years, Mimi, along with family and friends that travelled from various parts of the country to see him yet again on the podium, when he came third in the race.  During the weekend, Director of Motorsports Operations for Summit Point, Edwin Pardue recognised Delane with a Certificate of Achievement to commemorate the occasion.