Rådström Reigns on the Road….

Fastest from the off,  Arne Rådström dominated Sweden’s most important historic rally, the KAK Midnight Sun Rally, in his Volvo 262 at the head of a highly competitive 130-car field, finishing each of the three days, from July 10 to 13, in the lead.  But, after 900kms and over 150 stage kilometres, the Volvo driver was disqualified for a technical infringement, which was upheld after appeal.

This gave second on the road Patrik Dybeck and Jonny Norling the victory in their Opel Kadett GSI over the Volvo 242 of class-winning Harry Joki and Tony Sundkvist by a margin of 23 seconds.   An expected podium place for Ola Axelsson evaporated on the final day when he was sidelined with clutch problems in his Volvo 244, gifting the place to Mikael Wisti’s Volvo 240.  A worthy fifth were reigning European rally champions Mats Myrsell and Esko Juntilla in their Porsche 911 RS, who also won their class. 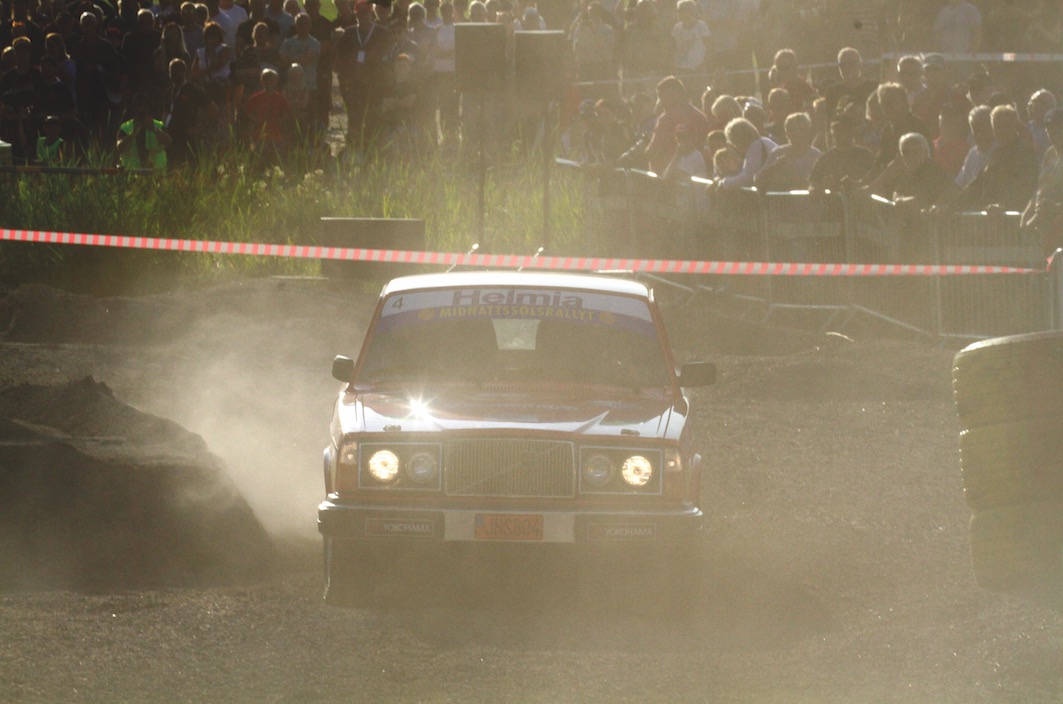 Fastest from the start, Arne and Dennis Rådström were disqualified for a technical infringement in their
Volvo 262 SE

This year’s KAK Midnight Sun Rally incorporated a tribute to the rally headquarters’ local Örebro hero Stig Blomqvist, who demonstrated a Saab V4 to the waiting crowds before starting the rally in a Porsche 911.  Sadly, the Porsche broke on the first stage, but the World Rally Champion was allowed to continue in a borrowed Ford Escort, outside the competition, to the delight of the many spectators that lined the stages.

The Regularity category provided a double win for the Norwegians, with last year’s winners Anders and Jörn Gröttum finishing ahead of Asmund Kleve and Oddvar Moland.  Swedish honour was upheld by Peter Settergren and Martin Stuart in third.

“Our 14th running of the event was the best ever,”  said Wilhelm Douglas, from the organising club KAK, “both in terms of the competition itself and the wide starting field with many international participants.  In addition, our assessment is that we have had a total audience record and we notice that the audience has been both knowledgeable and engaged.”