The ‘Midnight Sun’ of Sweden’s summer was one of the iconic names of 1950s and 60s rallying, held on mostly forested dirt roads closed to the public, combined with some tarmac tests often around race circuits. The 2022 event was no exception and incorporated some iconic stages dating from events as far back as 1951. It is the country’s largest historic rally, attracting crews from across Scandinavia and 5000 spectators gathered to watch the start. 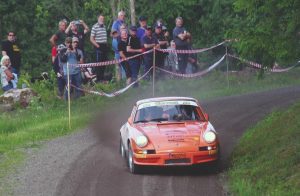 After three days in and around the warm and dusty forests, Per Götherberg, with navigator Andreas Svedberg, came out on top after many years of trying, thanks to a fast but steady drive in his orange Porsche 911. There had been challenges from the rarely seen Alpine A310 of Vimmerby’s Kjell Fransson and the Kadett GT/E of Bo Bodum Anderson, but second place ultimately fell to the popular veteran Lars-Ove Biffen Olsson, in his fiftieth consecutive year of competition, in an Opel Ascona 400. This rally always draws a good entry of classic Volvos and it was Janne Blom who led their way, spectacular as ever and fourth overall in a four door 244. Winner of the Ewy Rosqvist cup for women was Lotta Lundqvist in a Manta 400. 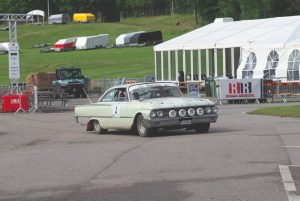