It is with much regret that we heard of the sudden passing from a heart attack, of Mark Lyon, founder and CEO of GTO Engineering.  Started in the early 1980s as a one-man band, in a partnership with his wife Rosie, Mark set up a small workshop.  After several years, GTO moved to larger premises and began to take on staff, the first being Kevin Jones, known to many event and racegoers, where GTO Engineering supported cars are prominent.  In 1998 GTO were offered the opportunity to buy Tony Merrick’s operation in rural Berkshire, where the company remains, servicing, preparing, inspecting classic Ferraris and making, sourcing and selling rare Ferrari parts.  They even make entire cars.  GTO now operates from three worldwide sites (Italy, UK and USA) with over 50 staff.  A born leader and teacher, a brilliant dealmaker. Mark’s death has come as a shock to the GTO team, Mark’s family and friends.  We send our sincere condolences. 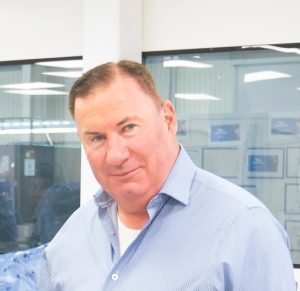