The London Classic Car Show has led a nomadic existence for a year or two since leaving its long term home at ExCel in Docklands.  Having moved to the more central location of Olympia in early 2020, this year the organisers made the wise decision to move outdoors to Syon Park, the London home of the Duke of Northumberland.  As well as avoiding indoor COVID restrictions, 14,000 visitors attended – this allowed the return of the running of cars, on the old entrance drive.  Luck brought them good weather over the 25-27 June weekend.  John Whiteman was there… 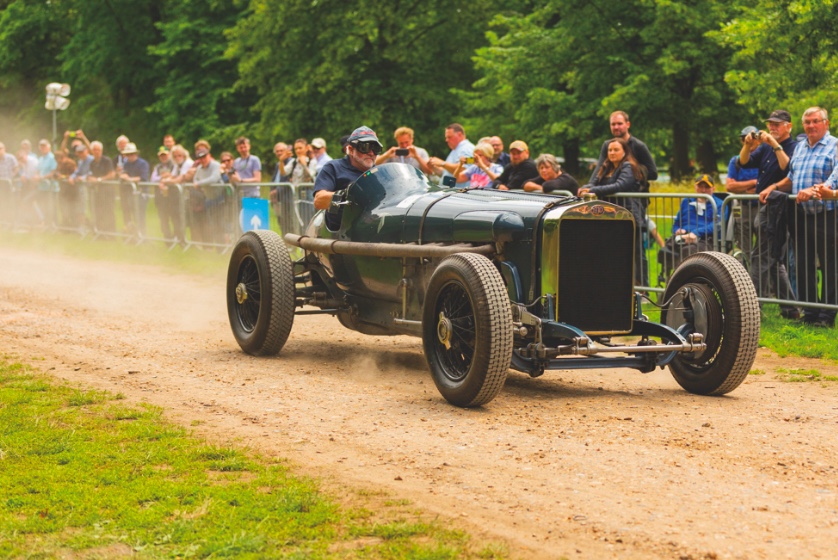 There were three main themes this year, 100 years of the Bugatti Brescia and the Lancia Lambda, and 60 years of the ubiquitous Jaguar E-type.

One of the original Lightweight E-types, 49 FXN, the car modified for Peters, Lumsden and Sargent, for Le Mans in 1964 was on display, along with further E-types, headed by ‘ECD 400’, the Tommy Sopwith-owned car which Graham Hill took to the model’s first race victory.

The Bugatti Type 13 acquired the name Brescia when Ernst Friderich led home his three teammates, de Vizcaya, Baccoli and Marco to a clean sweep in the 215 mile race held on the fast 10.7 mile triangular circuit near Brescia in Ettore Bugattis’ native Italy 100 years ago on 8 September, 1921.  Many Brescias were gathered to celebrate and, on Sunday morning a live interview was conducted by Tiff Needell on the stage with Angela Hucke, curator of the Bugatti Trust at Prescott and Charles Trevelyan, former chairman of the Bugatti Owners Club during which there was light hearted banter with the Lancia Motor Club who were ‘garaged’ next door over the relative merits of the cars.

Described by Lancia authority Wim Oude Weernink as ‘Vincenzo Lancias first technical masterpiece’ the prototype Lambda was tested by the boss himself in September 1921 and after many months of thorough road work the model was debuted at the 1922 Paris motor show.  The car’s unitary body construction attracted much comment and the model enjoyed immediate success with the brakes much praised and also the light and precise steering, although not everybody liked the square look and low waistline.  Many different examples were on show at Syon Park, including a 1933 Lancia Dilambda with an 8 cylinder engine as opposed to the 4 of the Lambda, this one a 232 Sports Racing car with period racing history in Eritrea.  The car ran on Sunday on the Lime Avenue demo together with a selection of its fellows. 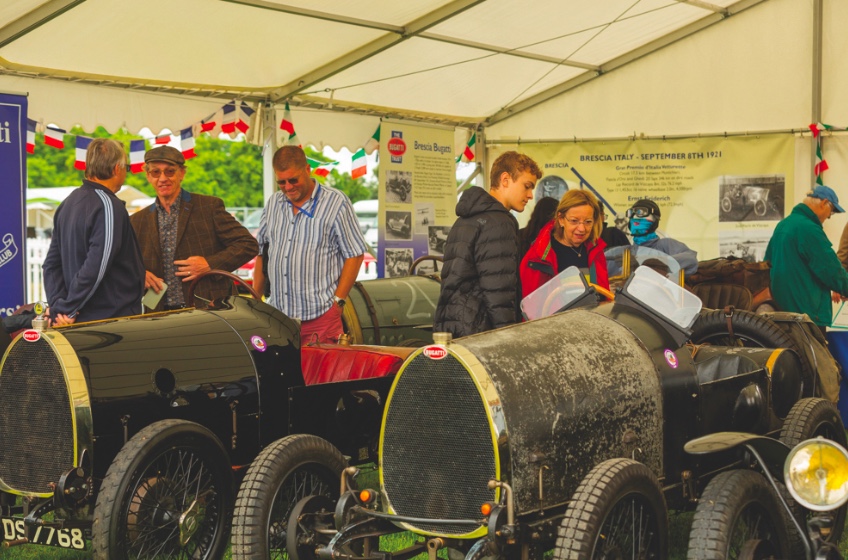 Aero-engined monsters attracted much attention on the runs with capacities ranging from a mere 10 litres up to a 27 litre Hispano Suiza engined Delage, with some taking advantage of the mixture of grass and gravel on the avenue.  Other classes included ‘Where it all began’ for very early cars; ‘1930s Style and Elegance’ (think Rolls Royce Phantoms and Bugatti Type 55); ‘1950s and ‘60s Americana’ embracing Cadillac, Corvette and Hot Rods; and ‘1960s and ‘70s Endurance Legends’ which were a little thin on the ground but included a very original ex-George Eaton McLaren M12.