Round 6 of the 2019 FIA Championship was held in Finland on August 9-10.  The Lahti Historic Rally is the only gravel rally on the calendar and invokes memories of the legendary Thousand Lakes.  Won on the road by Finns Antero Laine and Topi Luhtinen in an Audi Quattro, with Esa Peltonen and Jyrki Saarto in second place in their the Toyota Starlet 1300 and the first EHSRC entrant across the finish line, the Toyota was 1m03.5secs behind the Audi and 9.9 seconds ahead of the Audi Quattro of ‘Zippo’ and Nicola Arena, the Italians finishing third overall and second in the EHSRC contest.   However, in post event scrutineering the Finnish Audi was disqualified for technical reasons, leaving the two Championship contenders first and second overall, as well as first and second in Category 3 of the Championship. 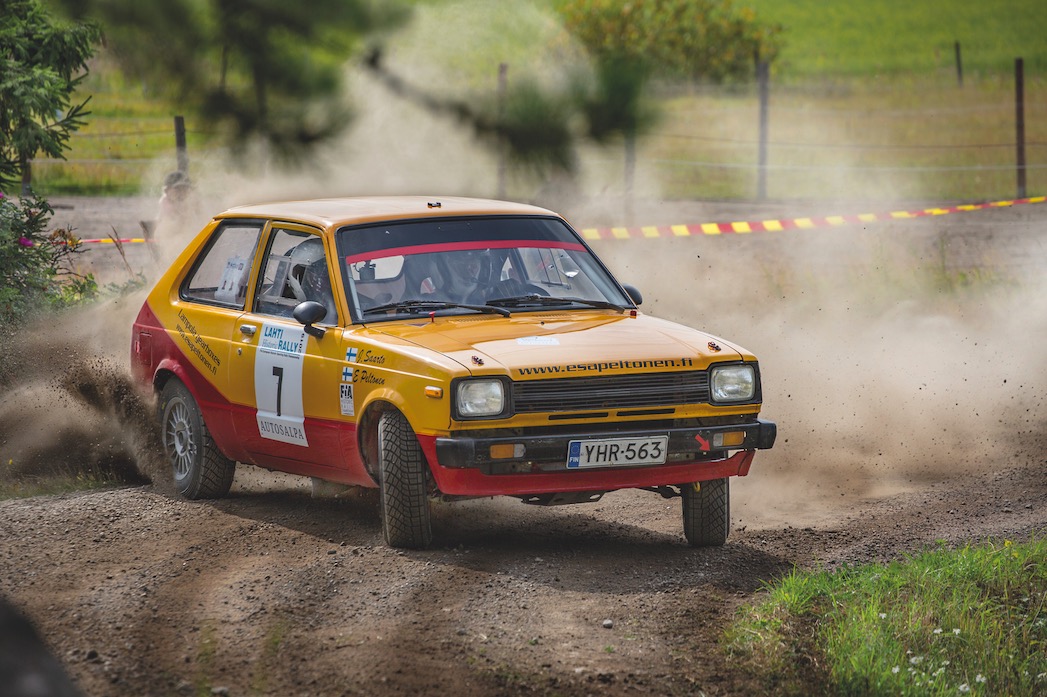 This was only the last twist of fate in an eventful rally, which was led by Ville Silvasti on the first day, the Audi Quattro driver coming in ahead of Finnish compatriot Jari Latvala’s Toyota Celica and the BMW M3 of Will Graham, who took the lead of Category 4 in the European contest.  ‘Zippo’ and Nicola Arena were top of the European leaderboard in Category 3 behind the leaders on the road, while Anders Johnsen topped the Category 2 charts, the Swedish driver hoping for the best for day 2 after his Porsche RSR failed on the second day in both Austria and Belgium.  Britain’s Ernie Graham finished the day with a commanding 2m39.8s Category 1 lead in his ford Escort Twin Cam over the BMW 2002 Ti of Finland’s Elias Kivitila.

Silvasti held his lead on the first two of six forest stages of the second day, keeping ahead of fellow Finn Jari Kankaanmaki in a Volvo 242.  But disaster struck on SS9 when both cars went off the road in separate incidents, with Silvesti’s Audi rolling.   Both crews were unharmed, but both were out of the rally.  One stage later the Latvala Toyota Celica was another retirement after it also went off road. 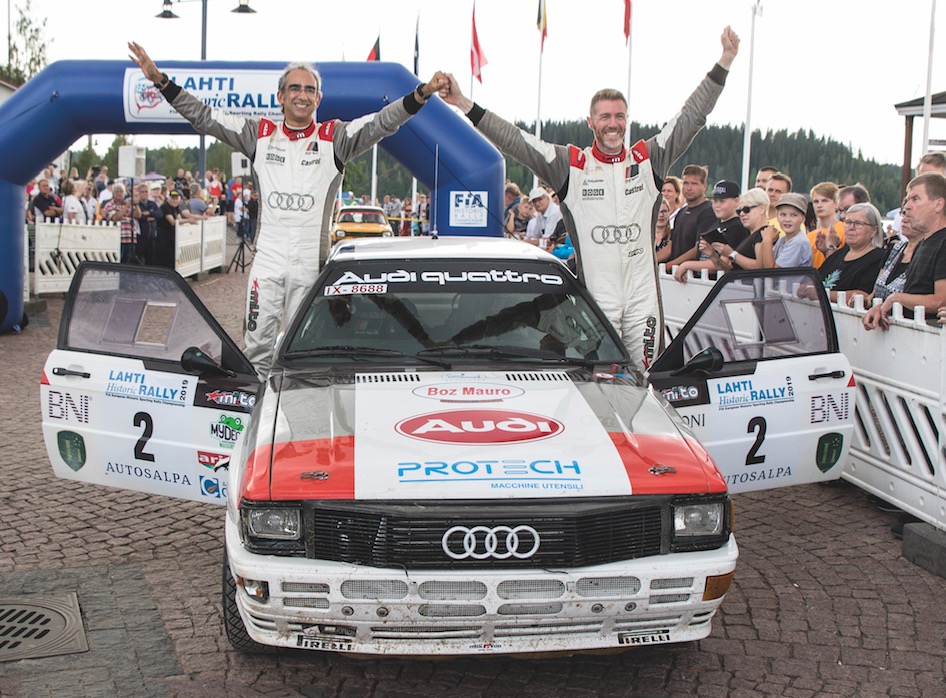 Italians Zippo’ and Nicola Arena, celebrate coming second on the road and second in the EHSRC Catagory 3

With the disqualification of Laine, Esa Peltonen was promoted into the overall win and, as the first EHSRC car, the Finn took maximum points and the lead in the Category 3 Drivers Championship, six points ahead of ‘Zippo’.

In Category 2 Johnsen was once again out of luck when his Porsche exited from SS9 leaving EHSRC Category spoils to Estonians Villu Mattik and Arvo Maslenikov, driving a Lada Vaz 2101.  Championship leader for the Category, Carlo Mylle extended his lead despite a bad day for the Belgian crew.  The Porsche had an accident on SS9 and Mylle had to limp to the end of the stage to conduct repairs by the roadside.  The crew managed to carry out the repairs and get the car to the service area but the car was not classified and the Belgian crew only gained one point from the event.  However, this extends Mylle’s championship lead over second placed Paolo Pasutti, as the Italian was not competing in Finland.

While Will Graham celebrated his Category 4 victory, Mum and Dad were also celebrating taking another Category 1 victory.  Ernie and Karen Graham built on their overnight lead in the Ford Escort Twin Cam to finish 6m32.5s ahead of the BMW 2002 TI of Finland’s Elias Kivitila and Timo Tuominen, with the similar car of Sverre Norrgard and Ari Koponen finishing the day in third 16 minutes behind the Grahams and 1m46 ahead of James Calvert and James O’Brien in the Ford Consul Cortina Lotus. 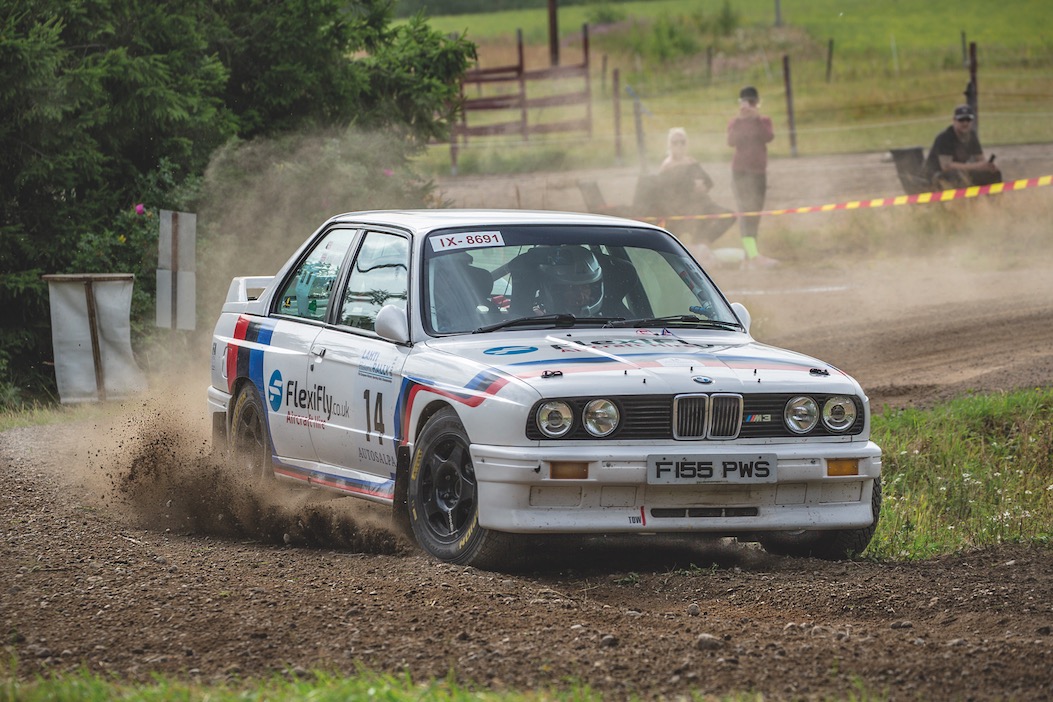 Will Grahm and Michael Johnston won Category 4 in thier BMW M3, while Will’s parents, Ernie and Karen, won Category 1

Victory for Ernie Graham has closed the gap to championship leader Antonio Parisi, with both drivers on 89 points and three events still to run.