“A lot of investment of self goes into a winning car at this level.  It involves keeping going beyond reason when things do not go so well.”

It is with the upmost sadness that I write that Jon Dooley, a friend of 35 years and someone with whom I have enjoyed many adventures, left us on 2 September.  The historic motor racing world has lost a great supporter and the Alfa Romeo owners of this world will all be particularly hard hit by his absence.  He was a font of experience and knowledge and his generosity in sharing what he knew and his love for the cars was prodigious.

His racing career is well documented.  From his Giulietta racing days while still at university to his co-founding of the Squadra Alfa, which later became the Alfa Romeo Dealer Team, running the British Saloon Car Championship and the BTCC in the mid-seventies all the way up to the 1980s.  With a string of first and seconds in class, this happy band of privateers – every member of the team, including the engineers and mechanics had day jobs – caused a sensation, competing on a budget of less than 10% of the professional teams they were up against.  Napolina, which imports Italian foods into the UK, first lent its support to the team in 1976, and its colours of black relieved by red and green striping became synonymous with ARDT cars for many years.   In 1980, he took an eight-year-old Alfa Sud with 85,000 miles on it and turned into a racer that won the 1300cc class in the 1981 Saloon Car championship against the works Metros in the Tricentrol series.

He was at various times the owner of Brookside Garage, which prepared Alfas for competition, the Chairman of the Alfa Romeo Owners Club, the editor of their magazine, the founder and Chairman of the Scuderia del Portello GB, financial controller of Alfa GB and the owner of many historic Alfas and other cars.  Most recently he has been writing articles for the Alfa Romeo magazines and he was working on a book recounting the history of the Alfa Romeo factory at Portello.  He was also the friend who, though wildly overqualified, took the financial side of Historic Motor Racing News in hand and made sure we paid our VAT and filed our taxes correctly. 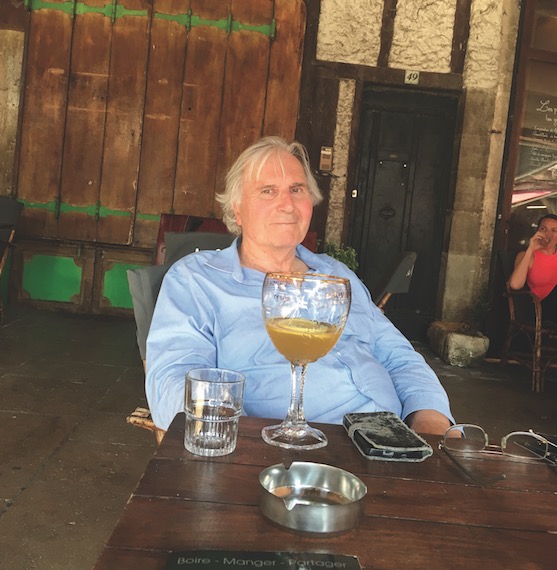 Amongst my many memories of him was his support when I decided to get a racing licence and he held my hand and team managed me in my first season of racing – in an Alfa of course.  My car was faster than his, so I outqualified him and lined up on the grid a couple of rows ahead.  When the lights changed for the standing start, I thought I was doing pretty well when he shot past me as if I was standing still, and of course went on to beat me soundly in the race.  When I asked him if he’d jumped the start, he replied,  “No, I was just in a hurry.”  Also, once the licence was obtained, we did a crazy trip down to Perugia in 1990 for the historic Giro dell’Umbria in my little Alfa SZ, during which we rarely ever stopped laughing.  That’s when I discovered he was an even worse passenger than me.  Or sharing the car at the Christies Festival at Silverstone when Jon was uncharacteristically late for drivers’ briefing.  Reason:  He rolled his Fiat Uno on the roundabout coming out of Towcester and it took him a while to get the car upright again!  I learned so much about driving from him.  During that Silverstone meeting, with quiet confidence building, he talked me into going five seconds a lap quicker.  One of the greatest compliments I was ever paid was when Gregor Fisken said to me, after we’d been dicing on the track that day, “Oh I thought it was Jon driving.”

In our October 2019 issue he talks about his time as an amateur competitor against the pros with clear pride in his accomplishments, but also with the down to earth realism that all who knew him appreciated so much.  Despite his many accomplishments he was incapable of being arrogant or snobby and instead maintained a simple, friendly attitude to everyone he met.  He shared his time and his knowledge with all who needed it, and he was a good friend to those who were lucky enough to count amongst his friends.

To his wife Meg, to his brother James, and to all his many friends and family we offer our sincerest condolences.  We very much share in your sadness at his going.  Rest in Peace Dear Jon.  CS