For decades, it was usual that the international historic motor racing circus would annually retreat to the Iberian Peninsula for a sunny holiday bookended by a couple of race meetings.  COVID-19 put an end to that relaxing tradition, but in 2021 it made a glorious comeback.  With some having already done the Estoril Classics, the Jerez Historic Festival was the second leg in a triplet of events that would finish right on the cusp of November with the Algarve Classic Festival. 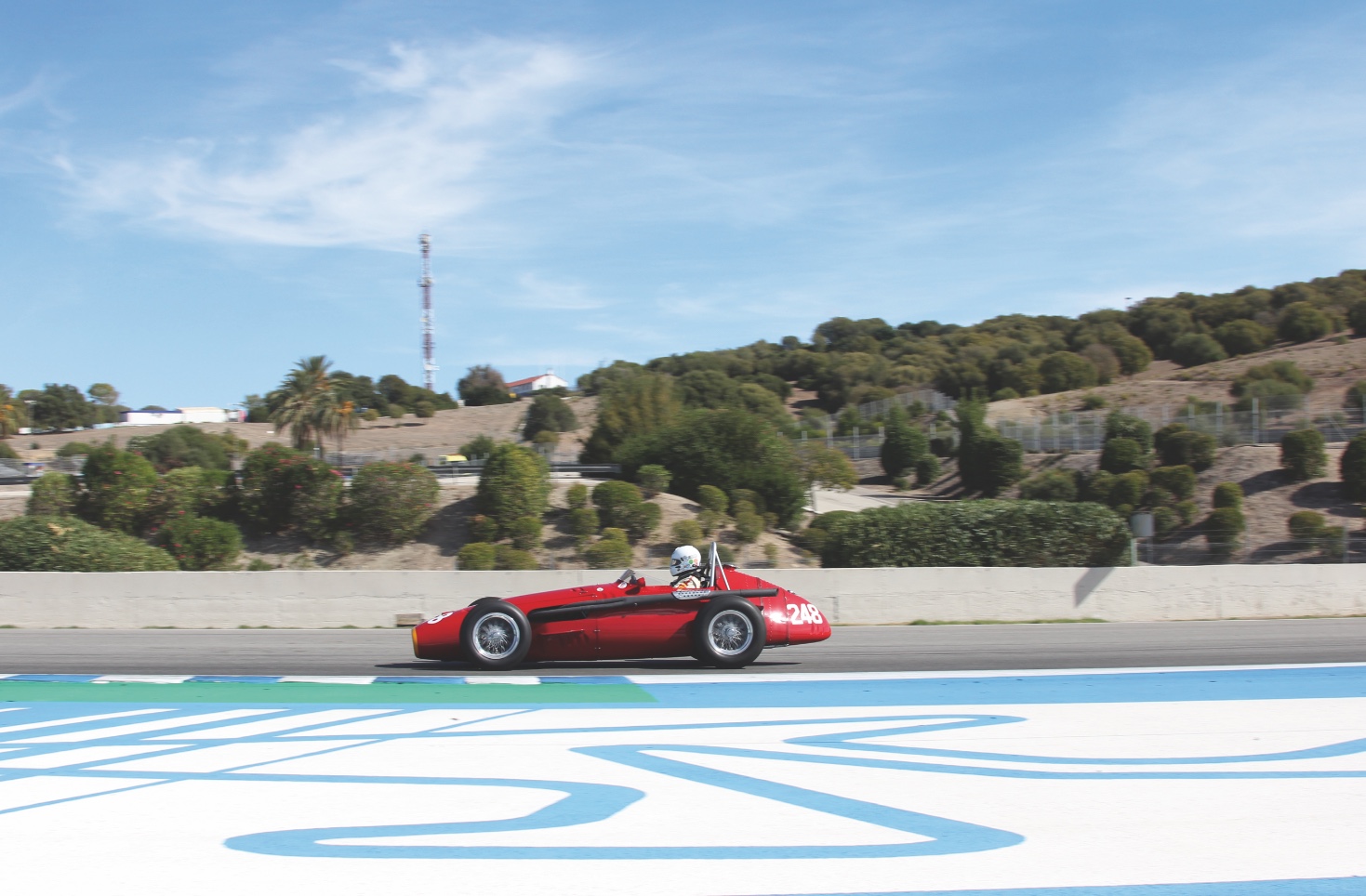 Biggest grid was fielded by the HGPCA

The Jerez Historic Festival was held in the perfect weather conditions of an ‘Andalusian summer’.  That meant a cloudless sky, a cool breeze coming in from the sea and a temperature of 26 degrees, and as could be witnessed by the many dry lakes and streams in the region, not even the moist 26 degrees that make you sweat – unless, of course, you happened to be a racing driver.  Some entry lists included an encouraging number of cars, such as the Masters Historic Formula One and the Historic Grand Prix Cars Association grids, while others disappointed, Masters Endurance Legends, Masters Historic Sports Cars and Formula Junior among those.  Still, the Spanish crowd loved it all, their patience having been tested for too long already.

Some twenty cars had been transported down south to compete in the two Masters Historic Formula One races, but the spectators were disappointed to find out that the ultimate car on the entry list – Jonathan Holtzman’s Tyrrell P34 – had had its engine fail on the test day preceding the event.  Nevertheless, the turnout was pretty good compared to entry numbers earlier in the year, and the quality was high as well, both in cars and in drivers. One of the category’s long-time campaigners made short work of qualifying and race 1, Mike Cantillon powering his Williams FW07C to pole and a consecutive lights-to-flag win on Saturday.  The Irishman ran into trouble early on in race 2, though, leaving the initiative to Saturday’s third-placed driver, Jamie Constable. 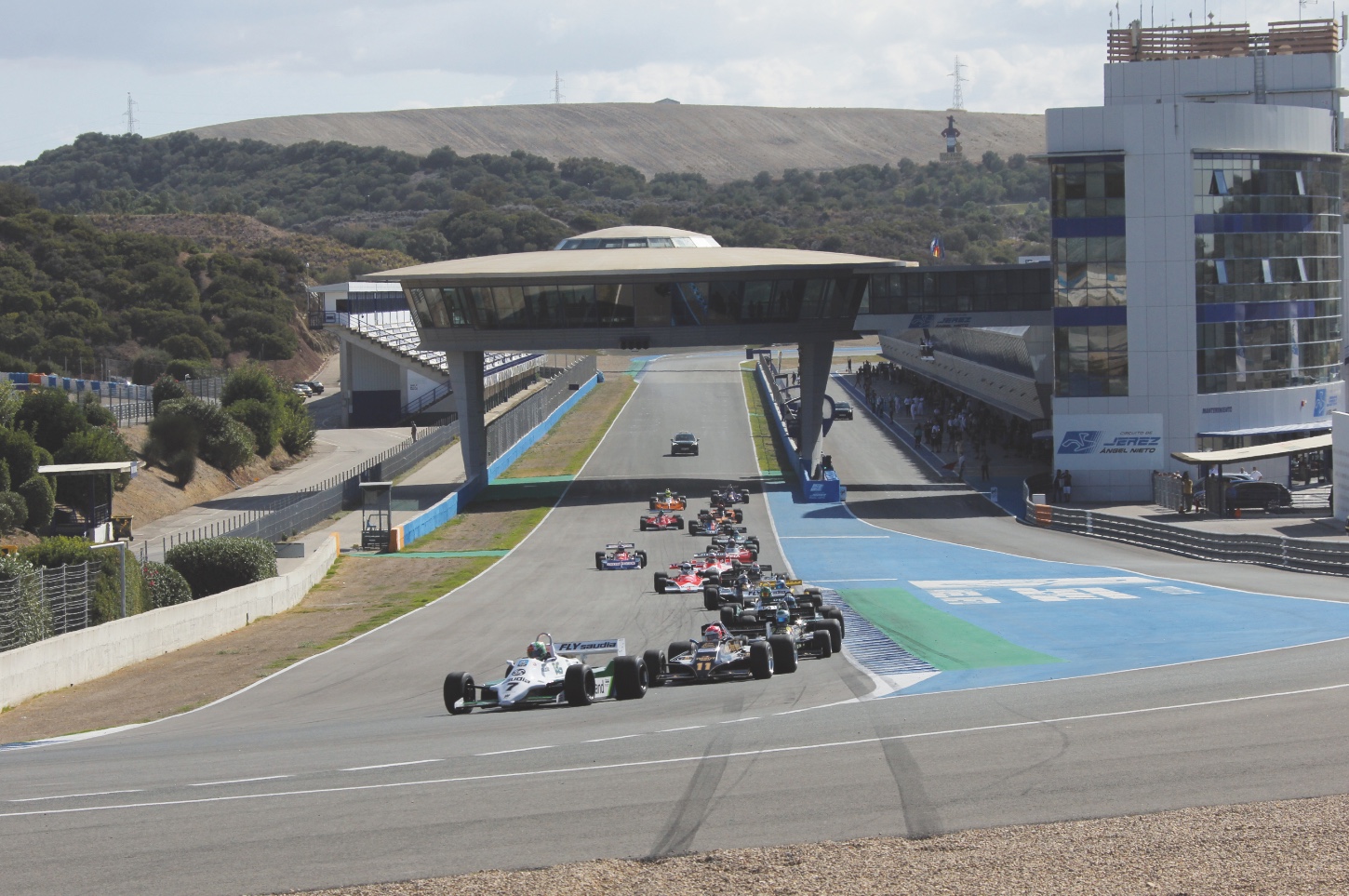 Nick Padmore had been a dominant pre-78 class winner on Saturday, taking fourth overall after occupying third until lap 9, but on Sunday the class win went to Miles Griffiths in the Fittipaldi F5A, the Masters Historic Formula One rookie going one better compared to the previous day.

Max Smith-Hilliard was rather more pleased with his form in the two Historic Grand Prix Cars Association races for pre-‘66 Grand Prix cars, as his Lotus 16 streaked to a pair of front-engined class wins.

A 15-car Formula Junior entry completed a pair of races on Saturday and Sunday, Alex Ames in the Brabham BT6 racing six seconds clear of Patrick d’Aubreby’s Lotus 22 in race 1.  The Frenchman hit back the next day by passing Ames on lap 5 to win by 3.7 seconds.

Christophe d’Ansembourg was the man of the weekend in Masters Endurance Legends, his Lola-Aston Martin DBR1-2 bagging a double victory, while the Masters Historic Sports Car race proved to be a Steve Brooks/Martin O’Connell benefit, with Brooks stretching out a handy lead that O’Connell simply needed to bring home.

john Spiers and his new partner Greensall came out on top in a tense Masters Gentlemen Drivers race that saw Michael Gans lead away in Mark Martin’s Shelby Cobra Daytona Coupe, the American chased and then passed by Andrew Haddon’s Lotus Elan. 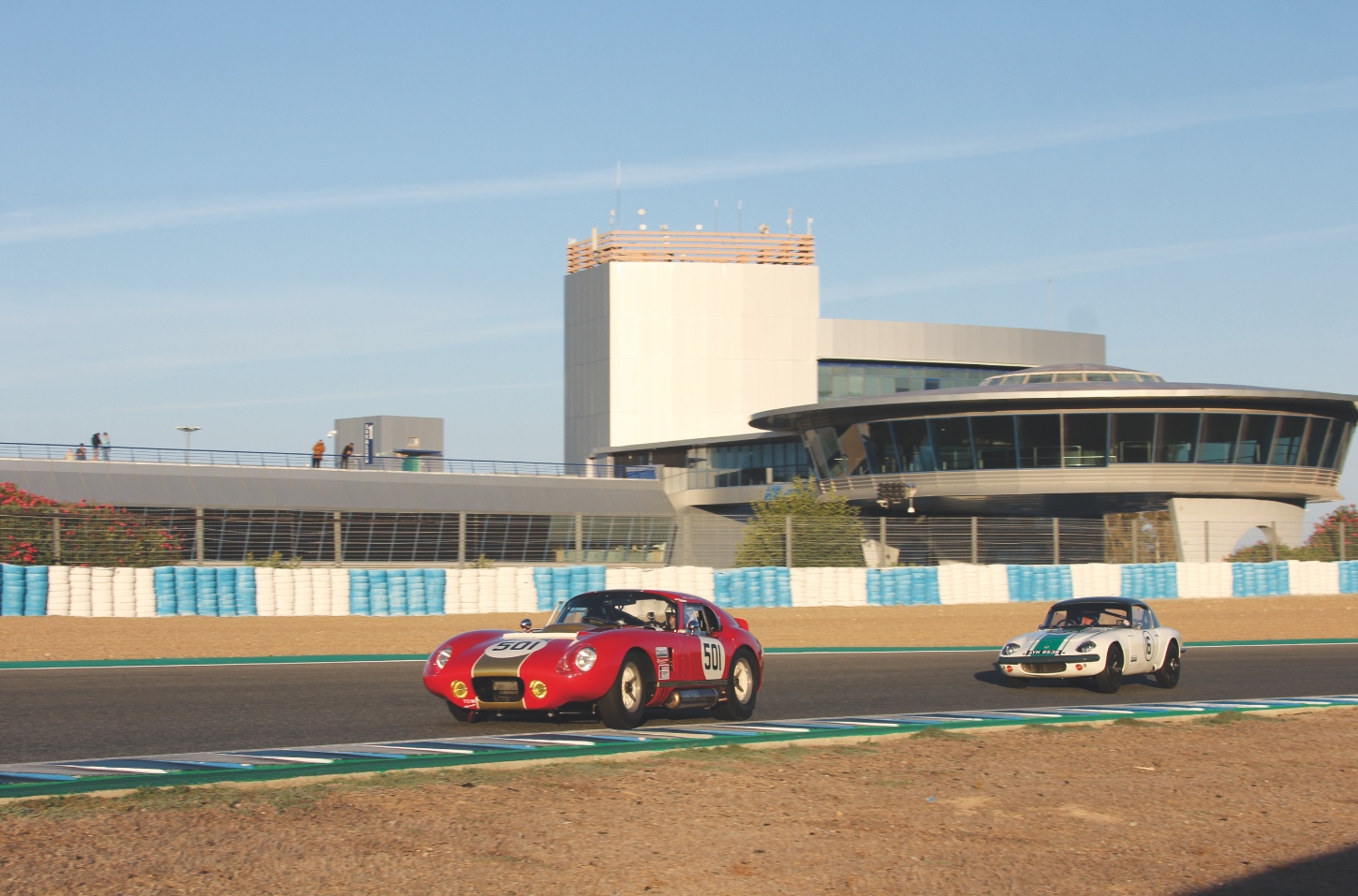 Adding a modern flavour to the event, the Portuguese Porsche GT3 Cup reeled off two races.