The second International St. Moritz Automobile Week, held on September 2-11, built upon the success of last year’s edition.  A combination of six independent events, an increasing number of cars gathered in St Moritz to participate in various activities throughout the week. 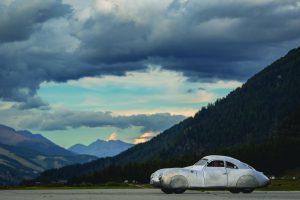 Based on an event that happened in 1929 and 1930 in St Moritz, organisers have revived the Kilomètre Lancé, a speed test for cars and motorbikes of all ages, which now takes place on the airport runway.  Amongst some of the streamline machinery, Hermann Layher brought a Blitzen Benz that was driven by Ben Collings. Naturally cars of different ages can’t compete on speed, the event is more for fun, but they can win the ”Design Award” for the design language of the bolides at full speed according to a panel of judges. 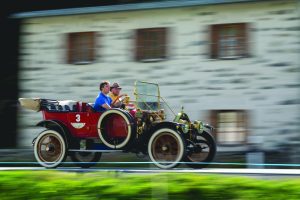 Organisers have added to the week’s activities with the Targa Poschiavo rally for cars built between 1905 and 1926 – too young for London-Brighton and too old for the Mille Miglia, and the Super Stick Shift tour, for supercars built between 1974 and 1995.  Both are two-day tours over the local passes, with four time-trials included and good lunches and dinners along the way. 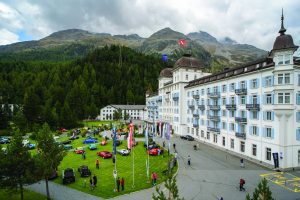 The concours for modern and classic cars that first appeared last year, known as the Motorsport Rendezvous, was this year extended to two days, with the cars being shown on the lawns of the Kempinski Hotel on day one, before setting out on a gentle driving tour around St Moritz on the second day. 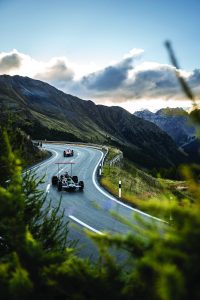 The event was born from the Bernina Gran Turismo, a competitive 5.67km hillclimb on the Bernina Pass above St Moritz.  Launched in 2014, it is for cars from pre-war up to 1990, including single seaters and formula cars, and classic motorbikes,  As in previous years, overall honours went to a Porsche RSR, this time to Florian Feustel, but there were plenty of class wins to go around.  There is also a popular regularity division that attracted a wide variety of cars, with a Model A Roadster hot rod, Audi Quattro, De Tomaso Pantera, Morgan Three-Wheeler, Bugatti Type 51, Porsche 944 Turbo Cup and just about everything in between. 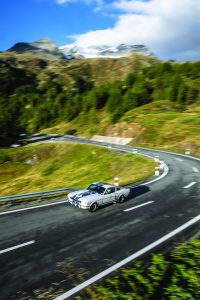 Add-ons to these activities were a Mobility Forum, with guest speakers discussing, amongst other topics, efuels and alternative fuels, and speakers such as Anton Pëich, Andrea Zagato, Norman Choi (Chairman of De Tomaso Automobili), and Executive Vice President of Mercedes-Benz Heritage Marcus W. Breitschwerdt, and a Sotheby’s auction, with supercars from the 2000s, and classic Ferraris on sale.

It was a week of automotive fun in the mountain air.