Under brilliant southern sunshine the Iberian Endurance racers went to Spain and the Jarama circuit to support the meeting for the Super 7 Series and Super Cars, for the second round of their championships, on 5-6 June. 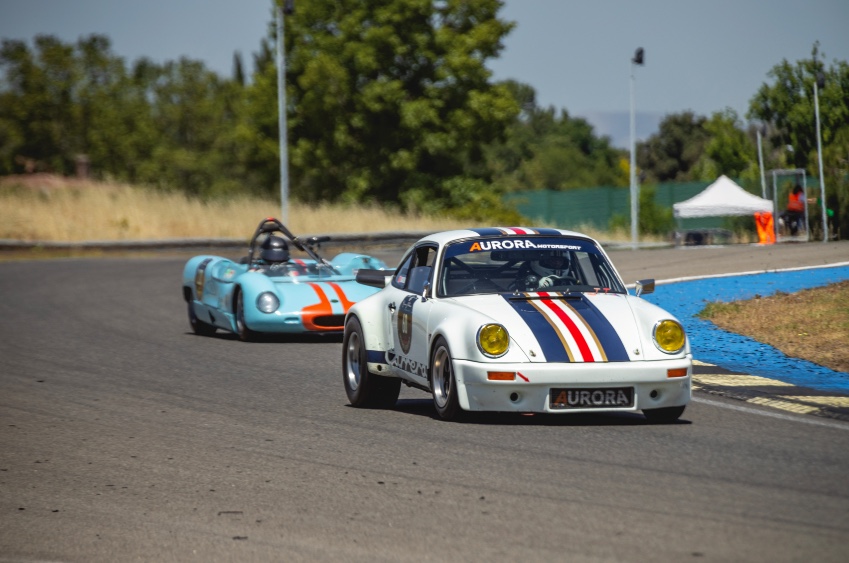 Joined by many local teams the Portuguese Iberian Endurance regulars had to concede two wins to Spaniards Jordi Puig and Fernando Navarrete driving their newly-acquired Ford GT40. With the GT40 circulating in the lead throughout the two 50-minute races, the 1000 socially-distanced spectators distributed in stands and viewing areas around the circuit turned their attention to the battle for second place between the Merlyn of Carlos Barbot and the Porsche RSRs of Pedro Bastos Rezende and locals Jesus Fuster/Alfredo Martinez. The battle ended in mechanical problems for the Spanish team, leaving Rezende and Barbot to continue their scrap from the race at the Algarve a couple of weeks earlier unabated. Rezende went on to finish 7 tenths of a second ahead of the Merlyn and also won the H-1976 category. 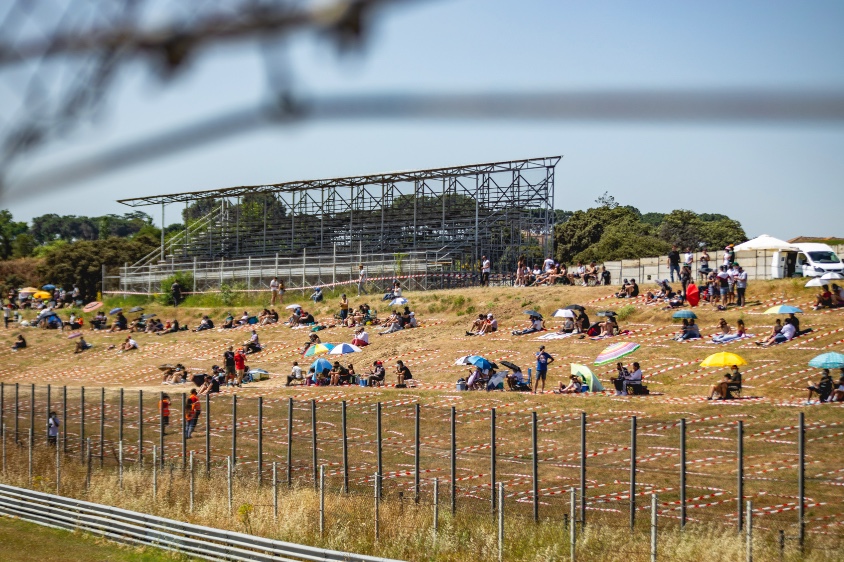 as socially distanced spectators look on

The second race took place later in the day, and everything picked up where it left off. This time a couple of safety car intervals mixed things up, but in the end did not alter the final results. What did alter the result though, was the time penalty incurred by Rezende for an out-of-window pit stop, which dropped him down to seventh place, handing second place overall to Barbot behind the GT40, and third to Carlos Brizido and Joäo Cardoso’s Porsche RSR, the pair having got the jump on the Porsche of Eduardo Davila to take fourth place in the closing stages of race 1.

The H-1971 category podium was a Porsche 911 ST lockout, with Frenchman Alexis Raoux winning the class in race 1 ahead of Madrileno Antonio Gutierrez, who reversed the order in race 2. The Index of Performance, and the Cuervo y Sobrinas watch, went to Pedro Moryion and José Carvalhosa, who drove a Porsche 356. 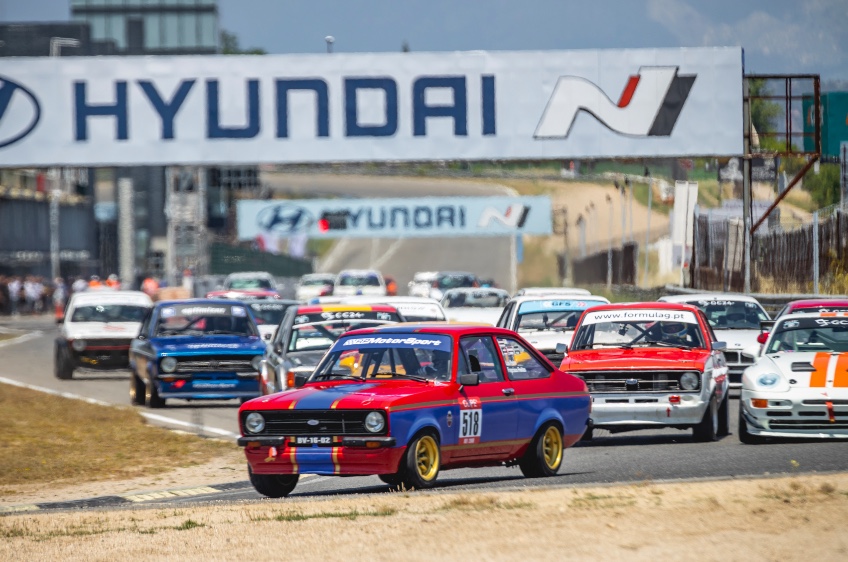 Also on the programme, the new Carrera los ‘80s grid ran alongside the other grids from Diogo Ferrão’s Race Ready organisation, for Group 1 cars and for Minis, to form one big grid that had two 40-minute races. Won by Ford Escorts, Fernando Gaspar’s in race 1 and Carlos Dias Pedro and Ricardo Pereira’s in race 2, Daniel Cuadrado and Diego Candano scored second in a BMW M3 E36 both times at the front of the 40-car field. Nuno and Jos Dias lifted the Mini Trophy in both races and the Production class went Tomás P. Abreu in his Datsun 1200.