The HSCC Silverline Championship had already had its final rounds at Spa, the Formula Juniors getting some terrible weather there (see report this issue).  Last race of the day on Sunday, it was the worst weather of the weekend, and most of the Belgians and Americans (sensibly?) pulled out, but even though Eau Rouge was a complete blur except for heavy spray and a red taillight ahead, all the brave survived.  In these conditions, on his maiden visit to Spa, Nic Carlton-Smith clinched the FJ Championship, but only by a whisker, ahead of a fast charging Stuart Tizzard in his Cooper T56. 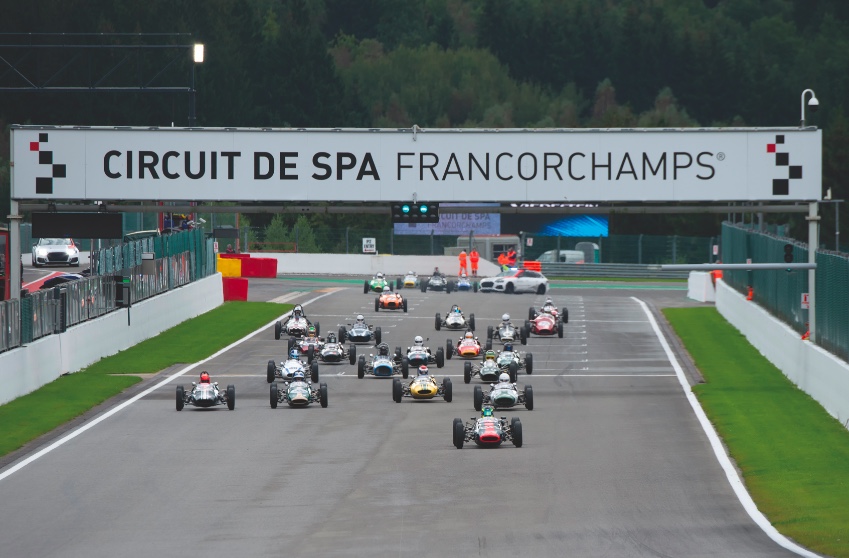