The 29th running of the Historic Vltava Rallye, round 2 of the 2021 FIA European Historic Rally Championship, as well as counters for local and national Czech championships, finished with a victory for the Italian duo of Andrea ‘Zippo´ Zivian and Denis Piceno, who drove their Audi Quattro in a nail-biting duel that was only decided on the last stage of the two-day event.

It was reigning Category 3 champions Karl Wagner and Gerda Zauner at the top of the leaderboard at the end of the first day of the 7-8 May event, based in the Bohemian city of Klatovy.  Their Porsche 911 SC finished the day with a 17 second advantage over the chasing Audi.  The lead pair were far ahead of the rest, with third-placed Anders and Ingrid Johnsen 54.7secs behind in their Porsche 911 RS, leading the category 2 field, ahead of the Ford Sierra Cosworth of Daniel Alonso and Candido Carrera, which was the fastest Category 4 competitor. 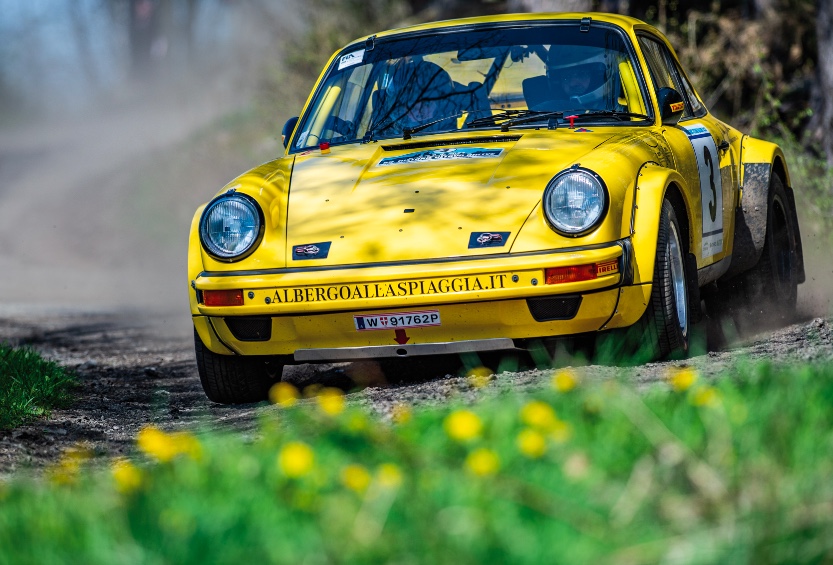 Karl Wagner had led the rally from the start.  Photos Rallyservice.cz

There were several retirements on the opening day.  James Potter and Geoff Jones retired their Ford Escort before SS1, while their Flexifly teammates Ernie and Karen Graham had an engine issue on the first stage and missed the rest of the day.   On the second day, with seven more stages to run, the fight grew even more heated.  On the first few stages Wagner extended his lead over the Audi, taking a full six seconds from the Italians on one stage alone.  ‘Zippo’ took the next two stages, with Wagner responding to the challenge to take SS8 and head to the service park 29 seconds to the good, with three stages to go. 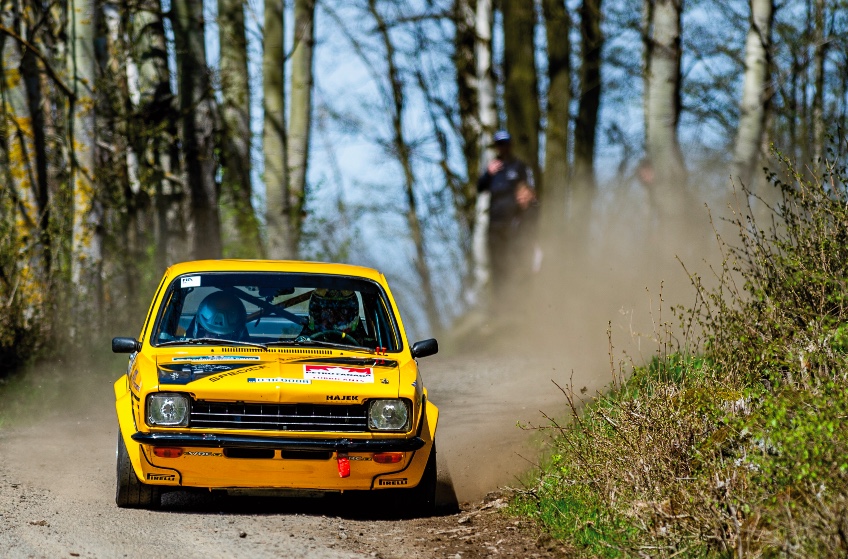 On stage 10 the Audi closed the gap by 11secs, and on stage 11 the gap was down to just 0.7secs with just the 22.71km Stransinska stage remaining.  ‘Zippo’ put everything he had into it, improving his stage time from the morning run of the same stage by an incredible 41 seconds for a time of 12m37.4.  But Wagner improved on his morning time too, and finished the stage in 12m42.6.   It was just not quite enough to keep the lead, and the Audi Quattro  finished the rally just 4.5 seconds ahead to take the overall victory at the last gasp.  This also gave Zippo his second category 3 win of the season.

Third overall, and the Category 2 leaders, were Anders and Ingrid Johnsen, the Swedes fending off a late challenge from the Opel Kadett C GT/E of EHRC newcomers Vojtěch Štajf and Vladimir Zelinka, the Czech crew finishing just 2.2 seconds behind the Porsche at the end of the final stage. 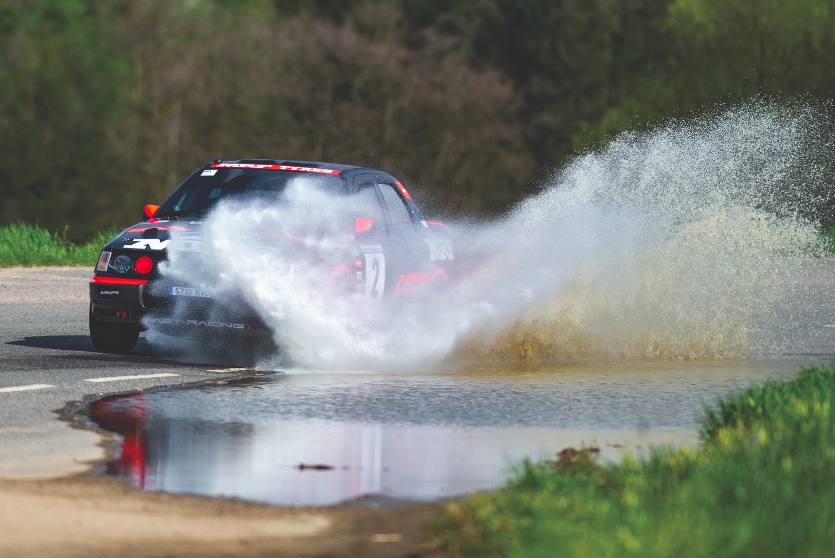 The Ford Sierra Cosworth of Daniel Alonso and Candido Carrera finished the day in fifth overall and the winner of Category 4.  The Spanish crew finished the rally 1m41.9 seconds ahead of the Ford Sierra Cosworth of Austrian Alfons Nothdurfter and his German teammate Jurgen Nolte.  Ville Silvasti and Risto Pietilainen (Audi Quattro A2) came home eighth overall and completed the Category 4 podium.

The familiar Porsche 911 S of Antonio Parisi and Giuseppe D’Angelo finished in 15th place overall to add the Category 1 victory in the Czech Republic to the one they took in Sanremo last month.  With some 22 registered competitors, the EHRC seems to be undergoing a bit of a revival and will no doubt pick up even more competitors as the championship moves further south after the next round in Hungary in late June.