Banking on the dunes

In any other year, this season’s Zandvoort Historic Grand Prix would have run the risk of being labelled uninspiring, if not bland.  But in fact, it was a kind of miracle.  Here was a motorsport event that went ahead on its planned date (September 5-6), with a crowd that was allowed to roam free in the paddock, and without the obligation of facial protection – as far we know still a unique situation in this mad world of 2020.  What’s more, as the news of the Spa Six Hours’ cancellation came in on the Friday, the entrants made sure that they enjoyed themselves twice as much for the remainder of the weekend.

That the event would happen as planned hadn’t been a given all summer.  With the UK putting the Netherlands back on its quarantine list in the run-up to the event, it looked very much under threat – sure enough, the HSCC pulled its Historic Formula 2 and 1000cc F3 contributions from the original programme, the HGPCA also withdrew its grid of Grand Prix cars, and on top of that the FIA announced the cancellation of all FIA historic championships.  This didn’t affect the two FIA grids promoted by Masters Historic Racing, as they would simply run as Masters Historic Formula One and Masters Historic Sports Cars, but the one-off FIA Historic Formula 3 European Cup – by now a fresh Zandvoort tradition – was axed, despite initially having attracted a healthy entry of 20-plus cars.  As one of the F3 grid’s main suppliers said, “We would have had to remain in our own bubble during the entire weekend, in the same conditions now applied to today’s F1 and WEC paddocks.  But we are not here to win at all costs.  We are amateurs coming to Zandvoort to meet people and enjoy ourselves.” 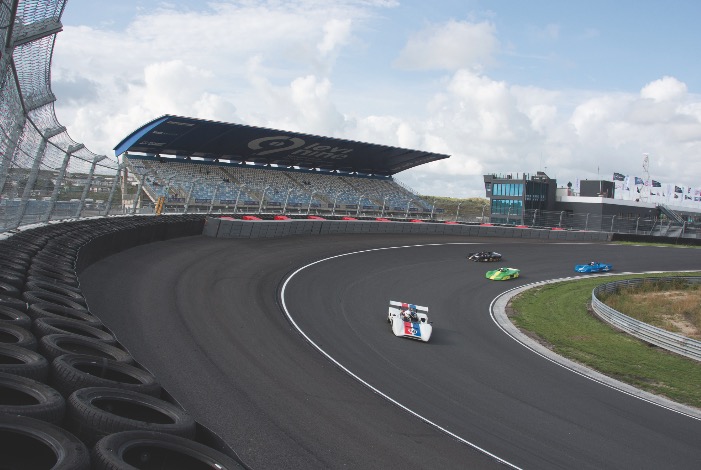 And so the Zandvoort organisers looked to the east to find the German-based FHR organisation eager and willing to visit their newly renovated motor racing accommodation with its exciting pair of freshly banked corners.  It also created an opportunity to invite the Kampf der Zwerge gang, the Germans who cherish the smallest touring cars that ever raced.  Two weeks ahead of the event, the quarantine exemption granted to Masters was further tightened, which resulted in their losing many of the smaller teams and the cancellation of the Masters Pre-66 Touring Car race, but still the three-day programme was packed from nine to five every day, with no lunch breaks on Saturday and Sunday, the final day even running to a 7pm closing time.  The weather helped, as only a few scattered showers interrupted the sunny late-summer conditions.  And the crowd too had banked their motorsport money on the event, as on both weekend days the main grandstand filled up nicely to its maximised capacity, while in the paddock social distancing became a challenge at various places.  It was as if they thought that this was a once-in-a-season opportunity – and looking at the historic calendar ahead it seems that they were right. 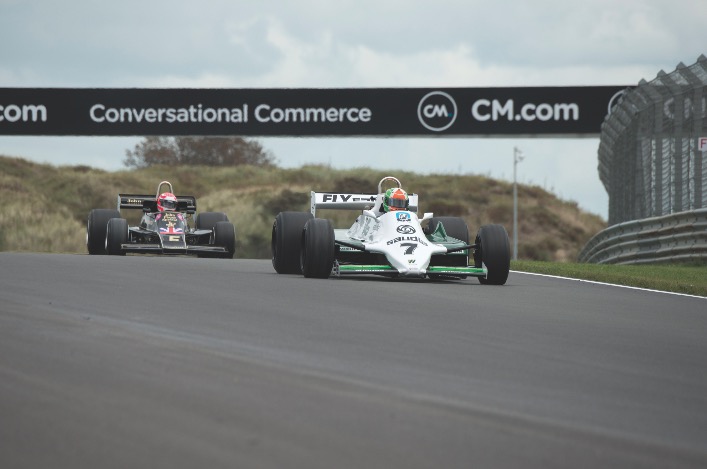 With 14 Formula 1 cars, the Zandvoort entry list looked healthier than in COVID-free 2019, and the quality was well up too.  The Dutch-based Historic Monoposto Racing association was dealt the tough task of replacing the F2 and F3 bonanza pulled from the programme by the HSCC and the FIA.  With 14 cars, their grid was much smaller than usual, but still some of the midfield battles proved very entertaining. 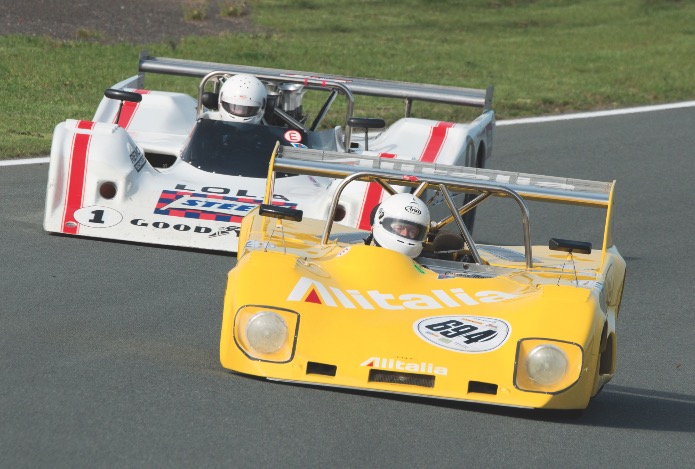 The German-based seventies sportscar series was headed by Felix Haas in the Lola T294,

Without a shadow of doubt, most sportscar excitement was delivered by two 30-minute FHR 100 Meilen Trophy races.  The German-based seventies sportscar series was headed by Felix Haas in the Lola T294, Georg Hallau in the Lola T310 and Peter Schleifer’s McLaren M8F.  On Saturday, Haas and Hallau were at it hammer and tongs until, with five minutes left to run, Haas was forced to bail out with a puncture.

With 53 cars, the Dutch ‘66-‘81 GTTC championship provided a bumper grid that was almost to the track’s full capacity of 58 cars.  The second race was won by the best of the series’ regulars, Saturday’s runner-up Hans de Graaf in his Porsche Carrera RS fending off Wolfgang Pledl’s Escort Mk1 RS1600. 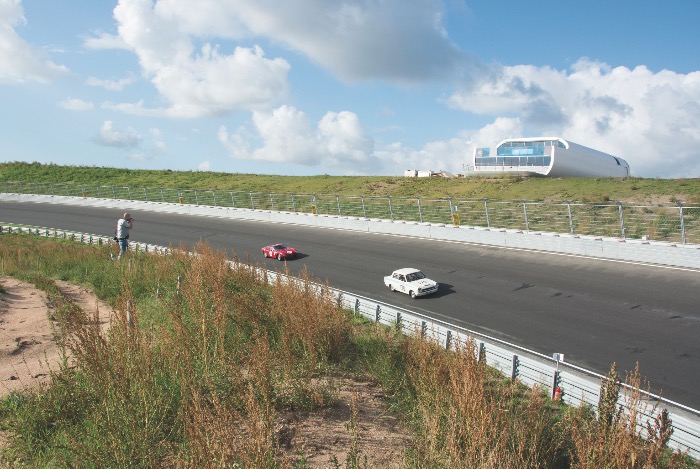 Meanwhile, the German HTGT championship ran a concurrent one-hour race in that Sunday two-hour curtain-closer, and the Schmersal/Stursberg Escort won that too, heading Tom Kuiper’s Corvette Stingray and the Nigel Greensall/David Gooding Mustang.

The previous day, Greensall was the star of qualifying for Sunday morning’s Masters 90-minute Gentlemen Drivers race.  Stepping into Andrew Haddon’s shoes as Mark Martin’s pro teammate, Greensall pipped all the local heroes for pole, and then in the race created a 30-second gap to David Hart’s Bizzarrini in his opening stint in Martin’s freshly built Shelby Cobra Daytona Coupé.  But then Martin was hit by a double whammy – first an issue with his HANS device botched his driver change with Greensall, allowing Olivier Hart to jump the Daytona Cobra in just two laps after the stops, and then a puncture and its subsequent replacement pushed him down to sixth.  It would have been interesting to see how much work the lightning-quick Hart Jr would have had in chasing Martin in a healthy Daytona Coupé after a trouble free stop. 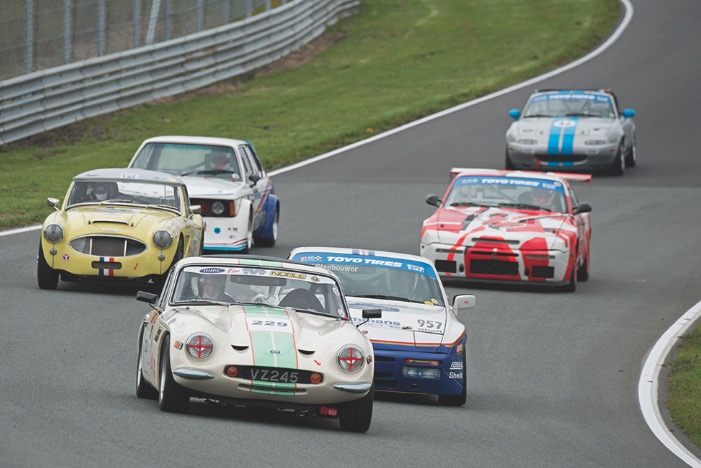 For a full report see our October issue…….