With travel restrictions lifted within Continental Europe, and hopefully for the UK as well, this major international event is scheduled to go ahead on 16-18 July with a slightly pared down programme of races from previous years.

Most of the racing content will be supplied by the Masters, who will bring their Historic F1 and Sportscars, as well as the Gentlemen Drivers endurance series, their Endurance Legends for cars of the 2000s and the pre-’66 touring cars.  The HSCC’s International F2 series is scheduled for two 25-minute races, but as we go to press, the Club is still waiting for confirmation that travel restrictions will be lifted between the Netherlands and the UK.  The Historic Grand Prix Cars Association, who have many continental members, remain on the timetable and the home series on the schedule are the NK GTTC, and NK82-90 for Youngtimers.  The rest of the track time will be taken up with demos and track runs, mostly for local organisations.  Amongst grids missing from previous years will be NKHTGT and Formula Junior. 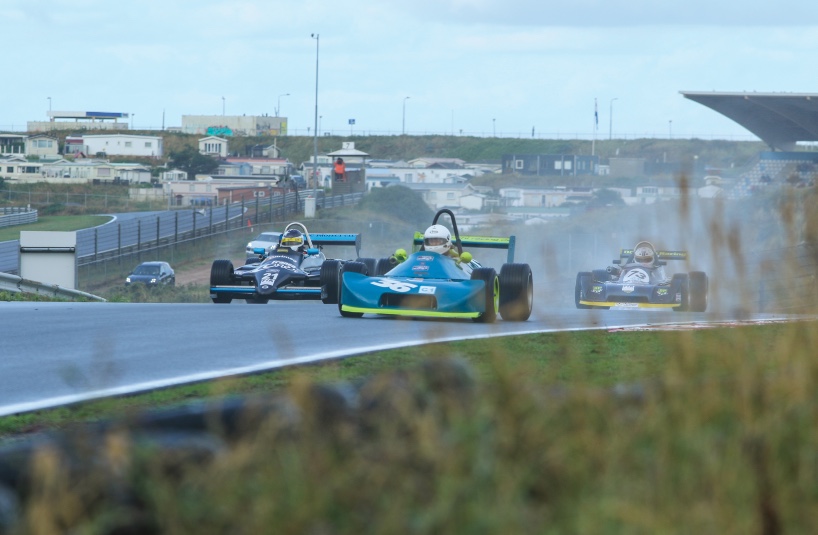 The only FIA Championship race on the programme will be the FIA Historic F3 European Trophy.  This has attracted a good continental entry, but in a changing situation, organisers have extended the entry deadline to 30 June in the hopes of attracting more British drivers.  Entries can be made online on the difficult-to-navigate FIA website or call +41 22 544 44 49 and ask for the link.