GT Anniversary at the 24 Hours of Spa

SRO Motorsports Group will celebrate its 30th anniversary in style at this year’s TotalEnergies 24 Hours of Spa on 28-31 July with a historic GT event organised by Peter Auto as a curtain-raiser ahead of the main race.  Two one-hour races called GT Anniversary 2022 and a parade in the city will be part of the festivities.

Stephane Ratel organised his first race in June 1992 at the Le Mans Bugatti Circuit.  In doing so he launched the Gentleman Drivers Trophy, a one-make series using production models from French manufacturer Venturi.  By this time Patrick Peter had been running the Grand Prix de l’Age d’Or at Montlhéry for several years and had recently revived the Tour Auto. 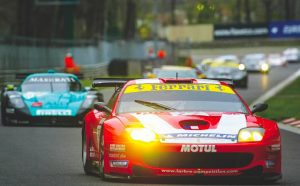 In August 1993 the two men joined forces to stage a GT race at Circuit Paul Ricard, which led to an even greater adventure in 1994 when they added Jürgen Barth to their group and founded the BPR Global GT Series.  The new championship was an instant hit and instigated a worldwide renaissance in GT racing that has since taken the discipline back to the forefront of international motorsport.  While Peter subsequently returned to his first love, historic racing, Ratel continued to focus his efforts on modern competition.

The success of the BPR concept led Ratel to organise the FIA GT Championship, while SRO Motorsports Group began its involvement with the 24 Hours of Spa in 2001, ushering in a new era of GT racing.

To celebrate the 30th anniversary of the SRO Motorsports Group, a field of historic machinery will be assembled, with the eligible cars ranging from the Venturi 400 that began it all, to recent GT3 favourites such as the Audi R8 LMS, Mercedes SLS AMG and Bentley Continental.  In between, the list also features the Ferrari F40, McLaren F1-GTR, Porsche 911 GT1, Chrysler Viper GTS-R, Ferrari F550 Prodrive, Maserati MC12 GT1, Aston Martin DBR9, Lamborghini Murcielago GT1, Nissan GTR GT1, and many more.  The historic cars will join the full 2022 grid in the once traditional parade to Spa Town Centre, which makes a welcome comeback in 2022 as part of this year’s off-track entertainment.  Contact Peter Auto for entries.

From running older cars at a modern meeting, SRO has also teamed up with the Masters to run modern cars at a historic meeting, and will stage two 30-minute races at Classic Silverstone, this time for modern and older cars.  The Masters GT4 Classic Silverstone Challenge will be for cars – both past and present – homologated for GT4 competition.  The grid will be split into two groups: one for all current GT4 cars that are still eligible to compete globally, and a ‘classic’ class for older models that are now out of homologation. 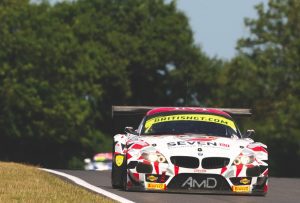 Launched in 2007 by SRO Motorsports Group, the class was originally conceived as a proving ground for amateurs and young professionals eager to progress through the GT racing ranks.  The class’ early focus on cost effective customer racing initially attracted manufacturers of all sizes and independent tuners alike, leading to a multitude of models being built in large and small quantities. Indeed, it’s difficult to recall a set of regulations from any era of motorsport that have resulted in as many homologated models as GT4.

This one-off race will run in addition to the established Masters Endurance Legends grid for Le Mans prototypes and GTs up to 2016, a series that also welcomes GT3 cars.