One of the most highly anticipated race meetings of the season takes place in high summer in southern France.  Set in a bowl in the hills above Bandol, the Paul Ricard circuit is now once again host to the French Grand Prix and also to the Historic Grand Prix, this year on 17-19 June.  With the Masters choosing to go to the Red Bull Ring in June this year with their Formula 1 cars, the HSCC and event organisers HVM, have constituted a grid of pre-1984 Formula 1 and Formula 5000 cars that will have two 25-minute races over the weekend.

With a round of the HSCC Formula 2 International Championship, separate races for Classic F3 and two races for Formula Renault, as well as races for historic Formula Fords, plus a Boss race for formula cars up to the 2000s including Formula 1, it will be a proper single-seater celebration.

But for those that want to bring a GT, touring or prototype along in the truck with their monoplace, or for those who just want to race on this great circuit in the summer sun before they head down to Bandol or St Cyr for dinner, there is a 100km race, run in two 45-minute heats, for GT cars up to 1998 and prototypes up to 1995 with classes for cars from the 1960s all the way up.

See www.gpfrance.com/grand_prix_historique or the HVM website (www.hvmracing.fr) for entries and details. 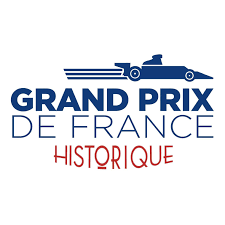