Aged 37, Mathieu has been a staunch supporter of the GT Classic Trophy from the start, first in a Porsche 964 RSR, and then at the helm of a BMW M3 GTR developed by himself and his GBF Racing team.  Engine problems in the BMW forced him to return to the Porsche for the end of this season.  Of the ten GT Classic races this year, Mathieu won eight, finishing the other two in second place.  He succeeds one of his teammates, Laurent Sabatier, and Franck Quagliozzi, who tied for the title in 2020, as French GT/Tourism champion. 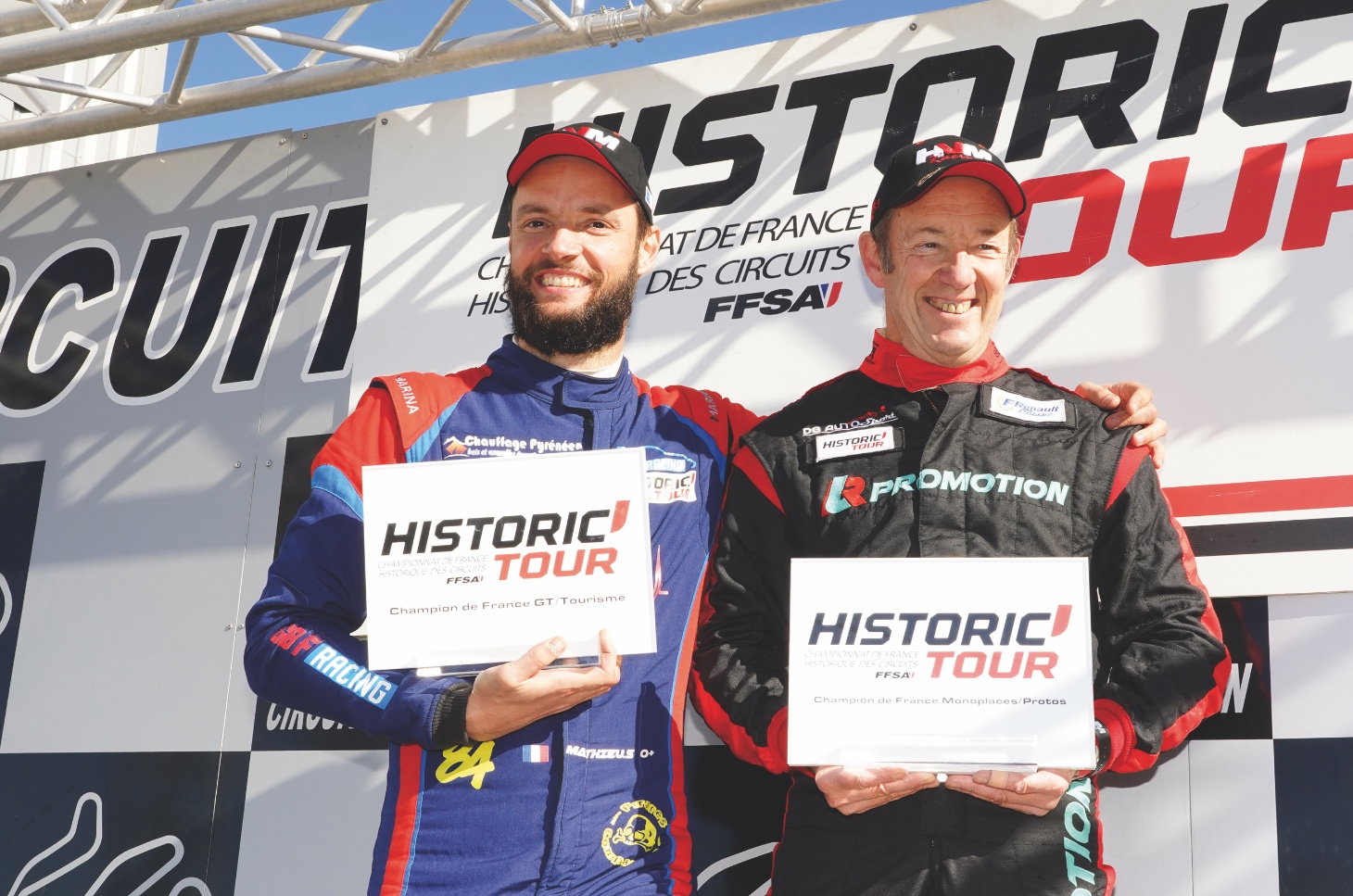 Returning to compete for a full season in Formula Renault Classic, Lionel Robert saw only one victory escape him this year, following a mechanical breakdown.  At 59 years of age, the Manceau with nine participations in the 24 hours of Le Mans finally became a champion of France, the title having escaped him by little on five different occasions, the first times in 1980 and 1985, in the then modern Formula Renault championship.  Robert came second in the first Historic Tour in 2015, and in 2016, after nine victories in the first nine races, he ceded to his son and student Antoine Robert, who has gone on to forge a career as a racing driver.  Aboard a Martini similar to the one he was driving in 1985 Robert, who is active in many forms of motor sport, as well as a race coach and team manager, succeeds the triple crowned Frédéric Rouvier, but also his own son!