In its beautiful setting amongst the volcanic landscapes of the Auvergne in southwest France, the undulating Charade circuit was the battlefield for the penultimate round of the French Historic Championships. An old-fashioned track that commands respect, Charade’s 3.9kms hug the terrain and preserve sections of the old F1 GP circuit of the ‘60s and ‘70s, leaving little room for error. These characteristics make it a favourite destination for the Historic Tour drivers, with more than 300 cars entered in 23 races, offering drivers one of the last chances to increase their points tally in the 2021 French Historic Circuits Championship. Sébastien Mathieu (BMW M3 GTR in GT Classic) arrived in Auvergne as leader of the GT/Tourism category, ahead of Damien Benjamin (Honda Civic, Youngtimers GTI Cup), Dominique Vulliez and Anthony Delhaye (Lotus Seven in the Lotus Trophy for both). In the Monoplaces/Protos category, Lionel Robert (Martini MK48 in Formula Renault Classic) had a small advantage over Matthieu Châteaux (Ralt RT3, F3 Classic) and François Belle (Lola T540, Formula Ford Historic). 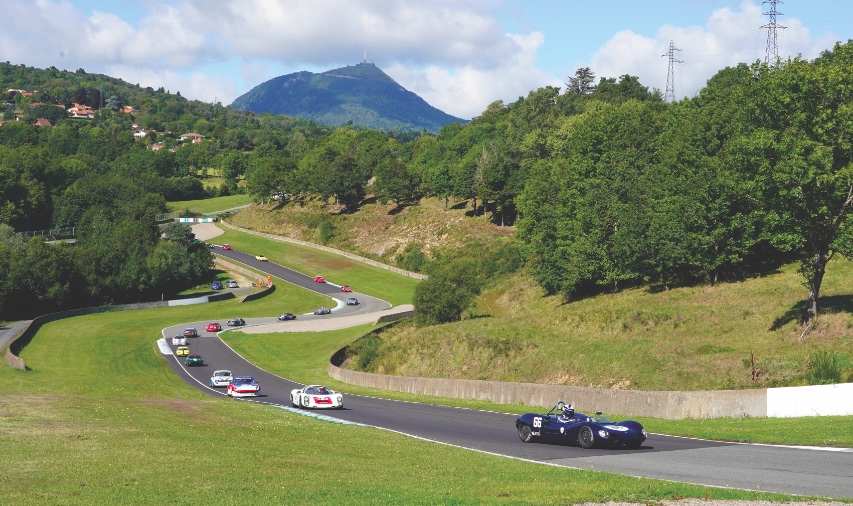 François Derossi dominated both ASAVÉ races in his Elva Mk 7S. The undulating curves of the Charade circuit are a drivers’ favourite.  Photos Hugues Laroche

The F3 Classic Formula Renault race brought together a very high-level international field, which included the Italians Valerio Leone (Alba AR1) and son Davide Leone (March 783) and Manfredo Rossi (Martini Mk34), ranged against Frenchmen Frédéric Rouvier (March 783) and Matthieu Châteaux (Ralt Rt3). Author of the best qualifying time, the latter was however surprised at the start by his front-row neighbour, Davide Leone. A few laps later, while the Italian was still in command, Rouvier lost a piece of bodywork, which landed on David Caussanel’s car! More seriously, Tony Boudreault sharply hit a wall, causing the race to stop temporarily. At the re-start young Leone and Châteaux quickly broke away from immediate pursuers Rossi, Leone père and Eric Martin. Leone put the last laps to good use to gain a definitive advantage over Châteaux, followed home some 20 seconds later by Rossi, Valerio Leone and Eric Martin grouped together in less than a second. Ninth overall, Lionel Robert won the Formula Renault contest ahead of “Nelson” and Jean-Paul Gobba after dominating from start to finish. Building on his victory of the previous day, Leone started the second race at a pace that was enough to put his pursuers out of reach. With a two-and-a-half second advantage after only five laps, Châteaux was the only one who could keep pace, while Valerio Leone kept contact a little further down on his own, followed by Eric Martin, Frédéric Lajoux, Rossi and Fred Rouvier, who was launched into a crazy comeback after starting at the back of the grid. The young Italian continued to widen the gap further and completed his 15th and final tour ten seconds ahead of Châteaux. Lionel Robert once again dominated Formula Renault proceedings. 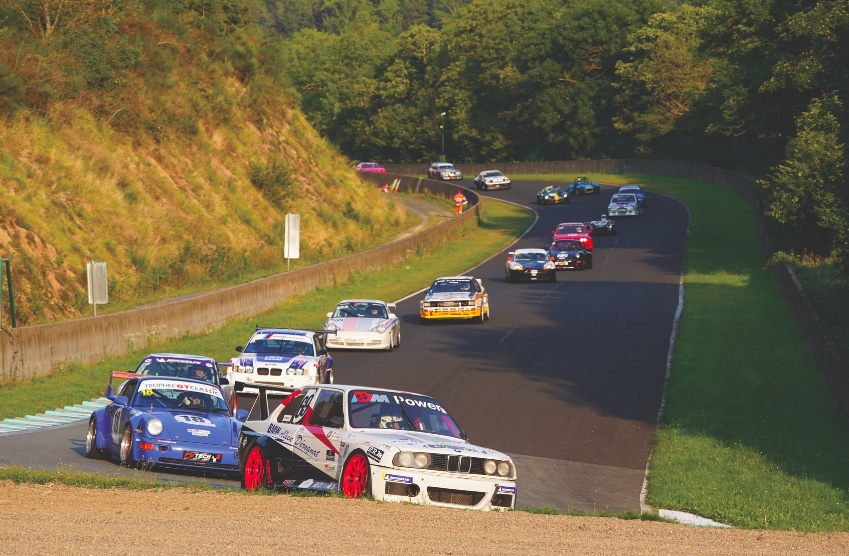 This time Julien Grenet’s main competition in the Saloon Cars race came from Alain Derognat, back with his formidable BMW 323i

For a full report of all the racing see our November 2021 issue….