Having missed the opening event in California in May, English-resident Irishman Greg Thornton has made it four straight wins in the Masters American Historic Formula 1 series when he took his 1982 Lotus 91 to four race victories on back-to-back weekends, at the historic Watkins Glen circuit on July 11, and a week later at the challenging Road America circuit in Wisconsin. 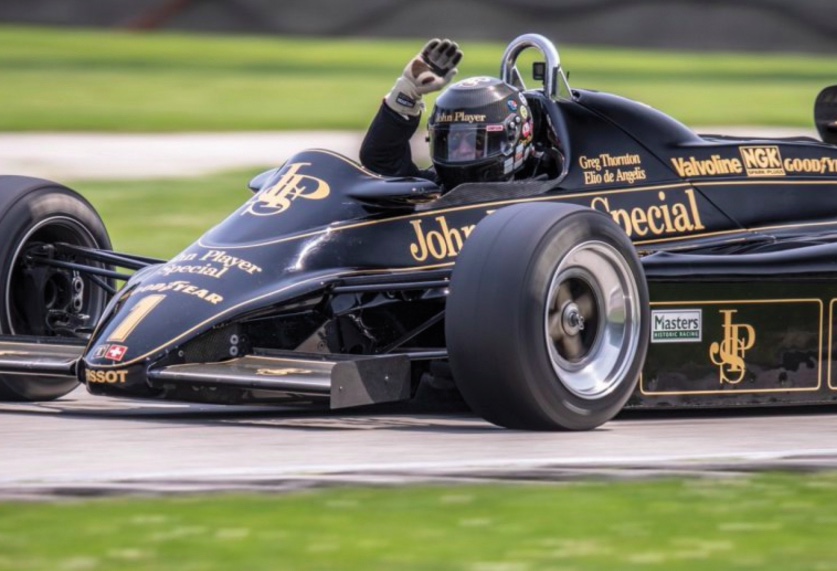 Now age 60, the globe-trotting Thornton only started racing historic cars at the age of 41, making his debut with his South African born wife, Anthea, who, it is said, shares his passion for cars.  A three-times Masters Historic F1 Champion and the only driver to date to win both the Post 1978 (2013, Lotus 92) and Pre 1978 (2018, Lotus 77 and Titan) categories of the European championship, in 2019 Thornton backed that up by winning the USA Masters Post 1978 Historic F1 Championship in convincing style, taking seven victories in eight races and setting the fastest lap in every race in the ex-Mario Andretti John Player Special Lotus 77 and ex-Ronnie Petersen March 761/03.

He drives a Cooper T52 in the Lurani Trophy Championship for Formula Juniors, coming sixth in the Championship in 2014 and lately has been in the Masters Endurance Legends races.  He is a regular at Hampton Downs and Christchurch in New Zealand, in Formula Juniors and the Libre Historic Single Seater category in a Lola T192, as well as F5000 in a Chevron B24.  He also races a Ferrari 308 in HSCC Historic Road Sports, a Titan Mk3/4 in Historic Formula Ford, is seen in South Africa in a Lotus 22 Formula Junior and runs an LDS 03 with the HGPCA.  Most recently he caused a stir when he appeared at Goodwood in a 1961 McKee Mahyra, an American built V-8 one-off prototype.  At the back of the grid in its day, after a 12-year restoration, the strange-looking 400hp beast held its own at Goodwood.