Northern Spain was the setting for the seventh round of the FIA European Historic Rally Championship on 1-2 September with most of the front-runners in the various Categories present.  Unpredictable weather saw tyre choice play a large part of the first day’s stages, when heavy rain started on the second stage and continued intermittently throughout the day.  Italian driver Zippo in his Audi Quattro, this time navigated by Nicola Arena,led the way overall and in Category 3, winning all the day’s stages outright to end the leg with an advantage of over a minute and half to the rest of the field. 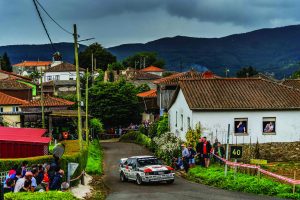 Leg 2 brought six stages under sunny skies and a total of 81km at which Zippo and Arena continued to excel, the Italian crew finishing 4m42.9s ahead of Antonio Sainz and Carlos Riesgo in the Subaru Legacy after the Spanish duo moved ahead of Mats Myrsell and Esko Junttila to secure the Category 4 win.  Myrsell and Junttila, finished third overall amongst the EHRC contenders and second in Category 4, followed by Valter Jensen and Erik Pedersen in the BMW M3. 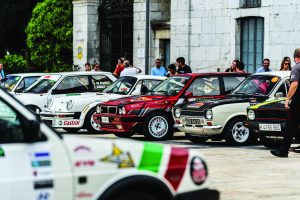 Ernie and Karen Graham fought back in Category 1 after a disappointing first day, posting the fastest Category times on all six stages in the dry conditions.  It is the sixth win of the season for the British couple that ended the day 2m17.0 ahead of the overnight leaders James Potter and Caroline McCormack.