Round eight of the 2021 FIA European Historic Rally Championship was run in a Switzerland wearing its finest autumnal colours.  The Rallye International du Valais on 21-23 October also counted towards the Swiss championship and the historic Swiss championship and consisted of three legs giving 190kms of special stages on the sinuous mountain passes.    With two stages on Thursday afternoon, and a further seven stages to follow on Friday, three of them run twice, the finish was on Saturday after a further seven stages. 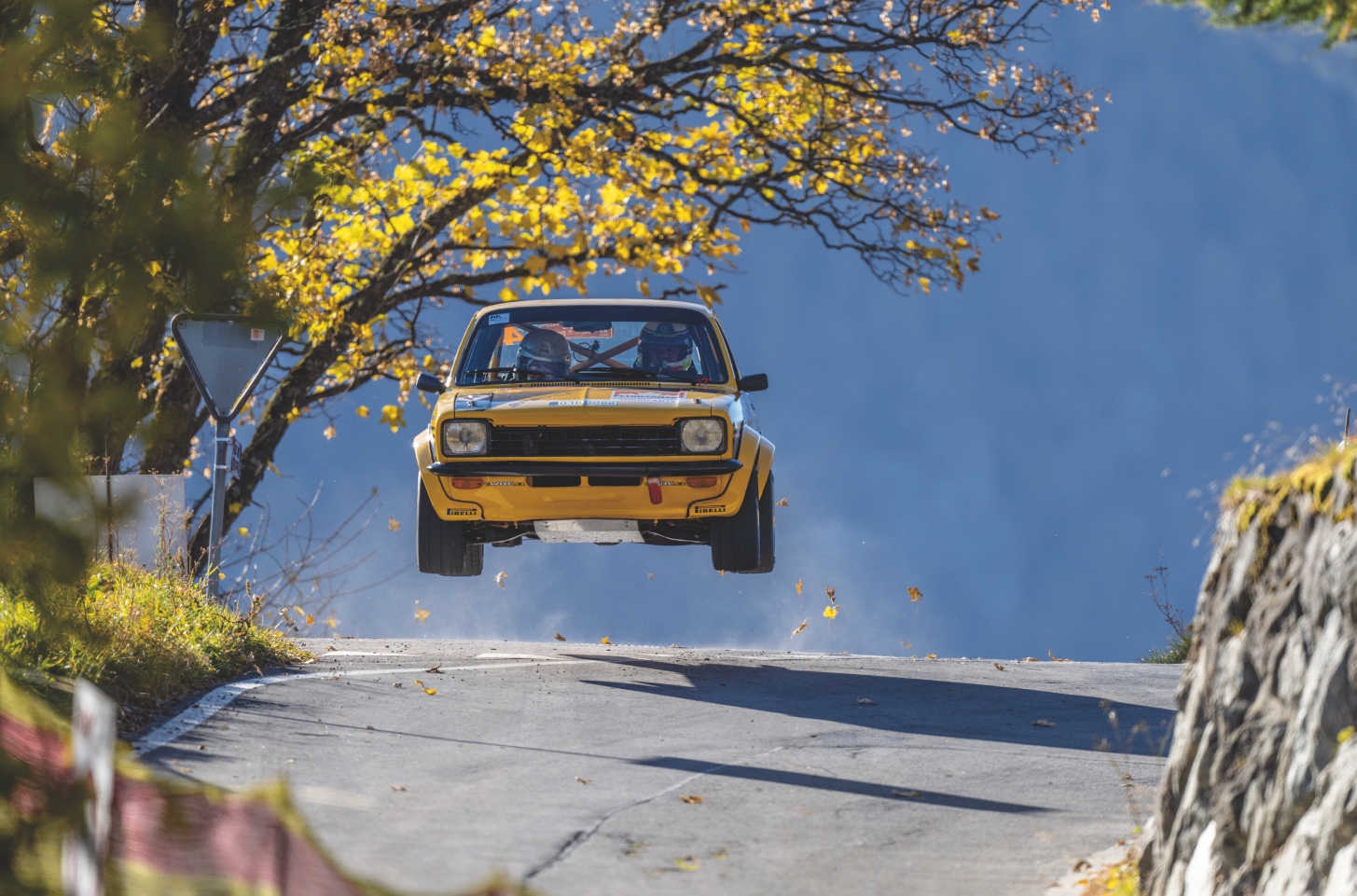 With the disappointing withdrawal of the two Category 4 EHRC entries of Daniel Alonso/Jorge Henriques (Ford Sierra RS Cosworth) and the Audi quattro A2 of Ville Silvasti and Risto Pietlainen, there were only four cars entered in the EHRC section of the rally, all of them competing in Category 2, so maximum points were at stake.

James Potter and Greg McCormack claimed first blood from the depleted field in their Ford Escort RS1600, 2.1secs ahead of the Opel Kadett of Vojtech Stajf and Vladimir Zelinka, with their Flexifly teammates, and current Category 2 championship leaders, Ernie and Karen Graham in third in their Ford Escort RS1800.  The Czech Opel struck back on the second stage to finish the leg just 0.6secs down.

On Friday Stajf started the day with three stage wins, but Potter had an answer and won the next three stages.  Finally, it was the Opel that came back to parc fermé with a 4.7sec advantage.  The Grahams continued in third place further back.  The Ford Escort of Richard and Lucie Ronay became a casualty on the opening stage when a technical issue side-lined their Escort, leaving a guaranteed podium place for the remaining three cars, if they could stay on the road to the finish.

A close battle on the final day saw McCormack posting the fastest time on four of the seven stages, with Stajf taking three.  On each of the first five stages the two cars were split by less than 10 seconds, with the two cars separated by just 0.5sec on SS13 with three more stages to go.

The penultimate stage saw the gap increase, McCormack going 14.5secs faster than Stajf on SS15.  But the Czech threw everything he had at the final stage to finish 28.8 seconds ahead of the Escort and claim final victory by 8.4 seconds.  Ernie and Karen Graham finished a distant third in their Escort, over nine minutes in arrears.

As we go to press competitors will be gathering in the historic Spanish city of Girona  for the 69th Rally Costa Brava, the ninth and final round of the FIA Championship.