Local fans of New Zealand’s SAS Autoparts MSC NZ F5000 Tasman Cup Revival Series had two of their own to cheer on at the opening round of the 2019/20 series at Feilding’s Circuit Chris Amon Manfeild.  One – Tim Rush – is a series regular who drives one of the rarest cars in the field, a 1972 McLaren M22.  The other is a more recent arrival, Kevin Ingram, who made his series’ debut last season behind the wheel of the ex-Ian Clements’ Lola T332.  The Rush McLaren (M22-3-72) enjoys the distinction of being both the last McLaren built by the company’s early production partner Trojan, and the last McLaren customer car to be built.

But it was Michael Collins (McRae GM1) who made the running over the weekend.  Comfortably quickest in qualifying, the young gun ran away from the rest of the 11-car field to win the first race from series returnee Grant Martin (Talon MR1A).  The 23 year-old from Christchurch then made it a clean sweep the following day to win both of Sunday’s races.

Willis was forced out of Sunday’s first race by gear selection issues that were fortunately traced to a relatively easily fixed linkage issue, the Rotorua ace putting in a determined challenge in the final race to work his way forward and eventually pass Shayne Windelburn (Lola T400), who had missed out on Saturday’s race, to match his Saturday finishing place of fourth. 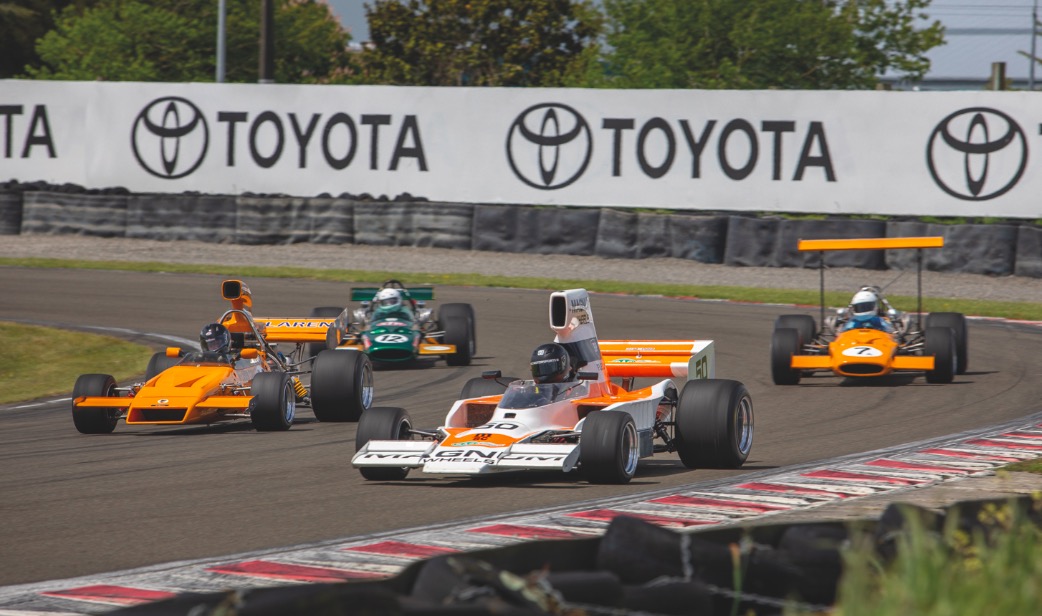 Gear selection issues also saw third quickest qualifier Aaron Burson pull out of the final race. Burson had driven a strong race earlier in the day to finish third ahead of Banks, Richards and Windelburn.

Afterwards Collins spoke for the whole grid when he said that “it’s not the same without Kenny here.”  Local living legend Ken Smith won the series for a record fifth time last season but was a late withdrawal from the opening round after accepting an offer too good to turn down to sell the ex-Danny Ongais Lola T332 he used to such devastating effect last season.

For a fuller report see our January/February issue