Though it ran behind closed doors, the 2021 edition of the Donington Historic Festival, run on the Bank Holiday weekend of 1-2 May, was in many ways the best yet. The tenth edition had superb grids, consistently exciting racing and even the fickle UK spring weather was kind. Paul Lawrence reports.

Across the socially-distanced paddock there was a wonderful feeling of renewal and optimism as teams and drivers went racing, some for the first time in many, many months. Many drivers spoke of their delight at going racing again and seeing old friends. The atmosphere of the whole event was outstanding and although fans could not be there, excellent live-streaming offered all the race action to a global audience. Roger Wills and Tim Harvey claimed the event’s big prize of victory in the three-hour Pall Mall Cup while father and son Justin and Ben Maeers won a memorable ‘Mad Jack’ Pre-War Sports contest in their 100-year-old Parker GN. The opening round of the Jaguar Classic Challenge got the weekend’s racing off to a fine start with a grid of more than 30 Jaguars battling over an hour and Saturday’s racing closed with the inaugural Amon Cup for Ford GT40s featuring a reasonable grid, which will be boosted once European contenders are able to get to the UK. The 11 cars made a fantastic sight and sound as they raced into the early evening. 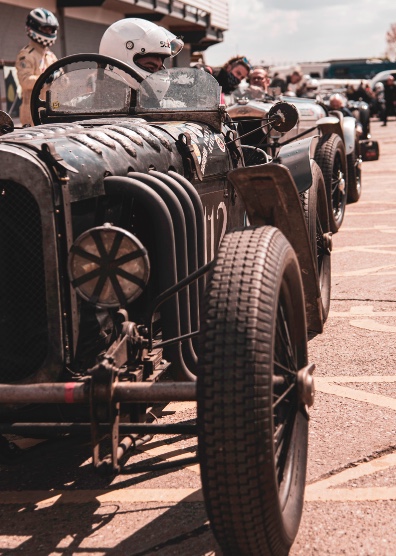 In the ‘Mad Jack’ race a field of wonderfully diverse pre-war cars battled mightily. Wheel-to-wheel, side-by-side and nose- to-tail, they made a truly epic spectacle around the sweeps of Donington. The race was won by Justin and Ben Mears in the 100 year-old 6.2-litre aero-engined Parker GN Photo Oliver Flower

The Royal Automobile Club Woodcote Trophy and Stirling Moss Trophy grids were combined to form a vast field of pre-1961 sports cars. The opening laps of the race featured a sensational battle as the Tojeiro Jaguar of James Cottingham worked hard to fend off the Lister Knobbly of Chris Ward. Lap after lap they ran nose-to-tail as they threaded a path through the slower traffic. The ‘Mad Jack’ for Pre-War Sports Cars is always a popular element of the DHF and in the early laps five wonderfully diverse Pre-War cars battled mightily. Wheel-to-wheel, side-by-side and nose-to-tail, they made a truly epic spectacle around the sweeps of Donington. 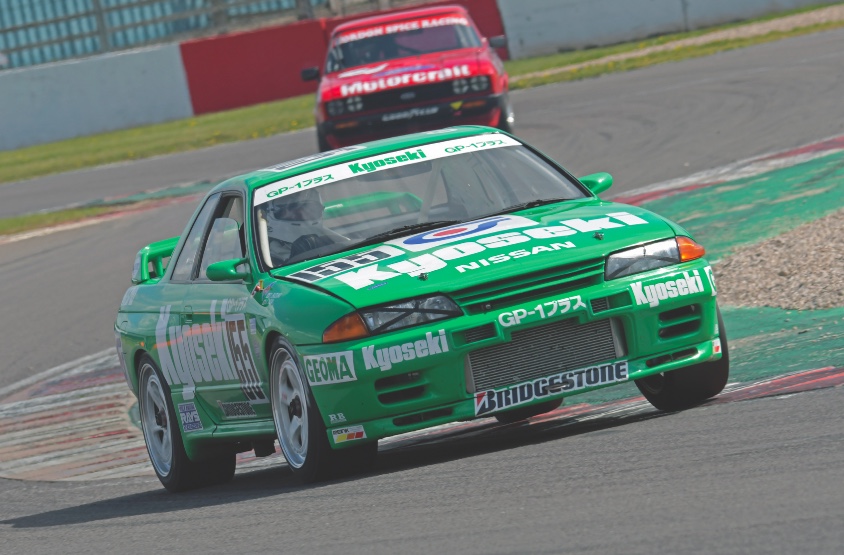 The headlining three-hour Royal Automobile Club Pall Mall Cup race on Sunday afternoon was an action-packed endurance race run at a frenetic pace, with a 50-car grid, and ending with a resounding win for Roger Wills and Tim Harvey in Roger’s ex-Bruce ex-Bruce McLaren Lotus 15. 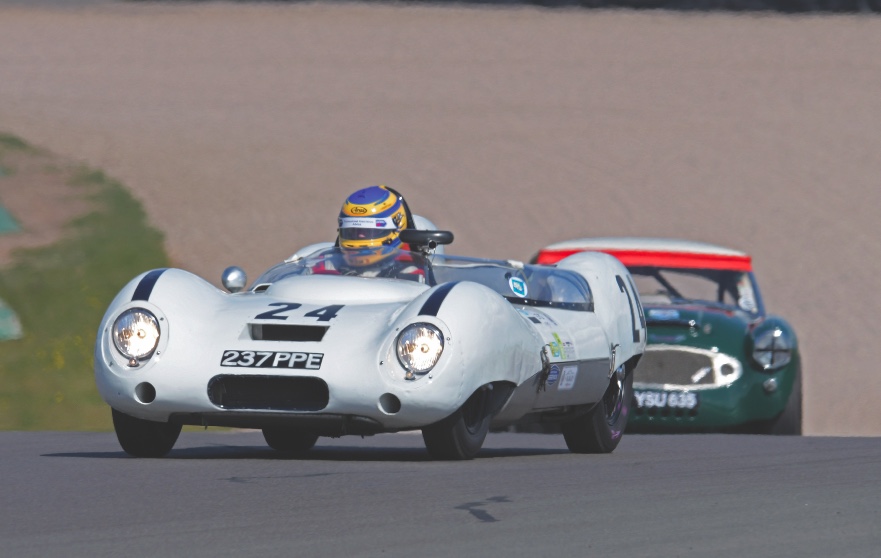 The opening round of the Historic Touring Car Challenge also featured the Tony Dron Trophy and the U2TC season opener, so there was a vast and varied grid of racing saloon cars in action for an hour. The early laps delivered a great spectacle from a leading five-car pack of two Nissan Skylines, two Ford Sierra RS500s and a Cologne Capri. 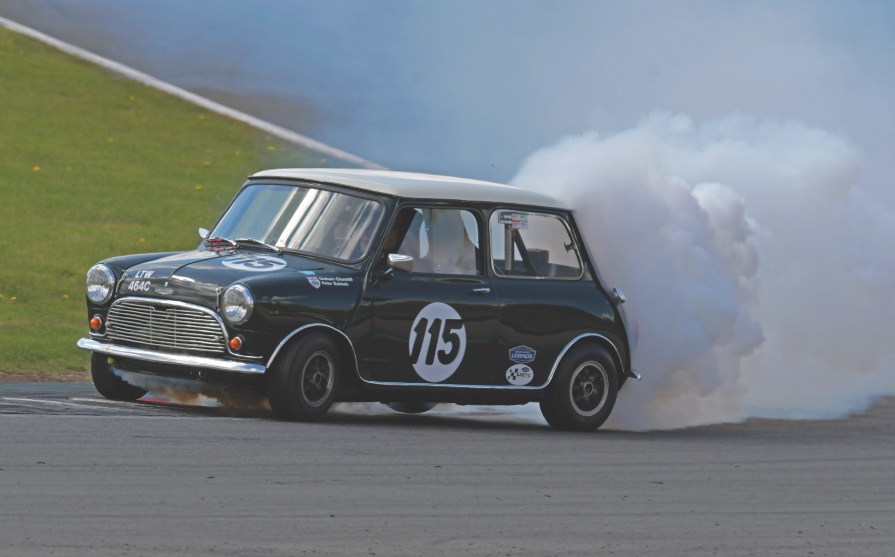 The UK Formula Junior Championship featured three races for an entry of more than 50 cars. The opening race catered for the earlier cars and it was three front-engined cars that enacted a wonderful contest for the lead. Ray Mallock (U2 Mk2), Chris Drake (Terrier) and Andrew Hibberd (Merlyn Mk2) went wheel-to-wheel for much of the race. 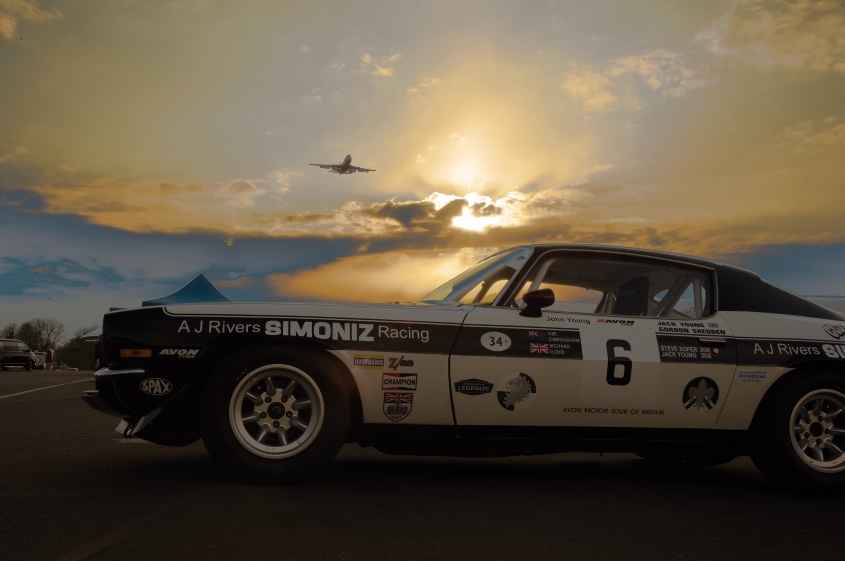 Will Nuthall was twice a commanding winner from a strong HGPCA grid of Pre-‘66 Grand Prix cars. His Cooper T53 was away and gone early in both races as John Fairley (Brabham BT11/19) was the best of the rest.