As the August holidays came to a close, the 12th edition of the Dix Mille Tours on the Paul Ricard circuit ran on the same weekend (26-28 August) as the Silverstone Classic in blazing southern sunshine enjoyed by an audience of 15,000 spectators and nearly 460 cars from the clubs, coming to take advantage of the sinuous roads of the Var that lead to the circuit on its plateau above the resorts of Bandol and St Cyr-sur-Mer. 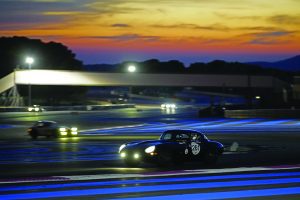 All the Peter Auto grids were there, and it was the grid for the newest cars, the Endurance Racing Legends, that started the racing after free practice and qualifying on Friday and Saturday morning with a healthy 33-car grid, showing just how popular racing these more modern (up into the mid-2000s) cars is.  The crowds love them too. 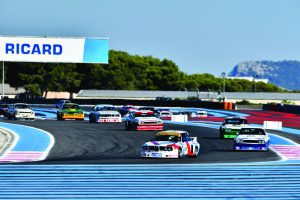 Unfortunately, the pole-sitting BMW of Franz Wunderlich/Michael Kammerman expired all too soon and made only a fleeting appearance in the race

Started for drivers with precious cars who wanted to race in a less pressured environment, the Greatest’s Trophy race is still no parade.  Hot favourites for the two races were the Lister Knobblys of Alain Rüede from Switzerland in a Chevrolet-powered car, Saif Assam from Canada and Belgian Anthony Schrauwen in Jaguar-propelled cars.  Come the race,  Chevrolet power proved superior to win by nearly a minute. 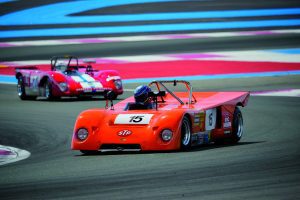 After starting on pole and falling back down the time sheets, Nigel Greensall made a brilliant comeback and clinched fourth place overall in CER 1 in a Chevron B19

In the single 45-minute race reserved for the latest addition to the Peter Auto list of series, the Fifties’ Legends, the expected duel between Eugène Deleplanque’s TVR Grantura MK3 and Christian and Félix Godard’s Cooper T39 delighted the crowd until the TVR dived into the pits for the second time, victim of engine woes.  From then on nobody could prevent Christian and Félix Godard from clinching victory in their lovely little English sports car. 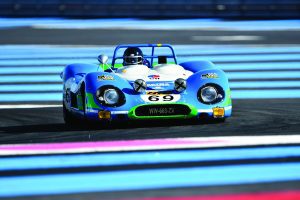 On Saturday afternoon spectators enjoyed an explosive Group C race starring Olivier Galant’s Jaguar XJR-12 and two Porsche 962 Cs driven by Michel Lecourt/Raymond Narac and Yvan Vercoutere with Ralf Kelleners.  After the obligatory pit stop, solo driver Galant led the dance, but he was soon reeled in by Lecourt and then Kelleners setting the scene for a Porsche duel to the finish.  Kelleners ate second after second into Narac’s lead and found a way past two corners from the chequered flag!

As is customary, the huge, (67 cars) Sixties’ Endurance grid lined up as the sun was setting for a two-hour race on Saturday evening with a slew of Cobras on the front rows.  While the E-type Jaguars riposted early on, the British cars fell by the wayside one after another, mostly victims of overheating.  This left the Shelby Cobras and Shelby Cobra Daytona Coupes to duke it out at the front. 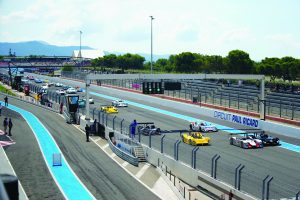 Classic Endurance Racing 2 opened the proceedings on Sunday morning with a smallish grid of 23 cars, but the expected duel between the two top qualifying TOJ prototypes did not materialise.  Although Yves Scemama shadowed Dominique Guenat early on, his TOJ ground to a halt with mechanical problems on lap 11 of 29.  After that all Guenat had to do was manage his lead of more than a minute over the sub 2-litre prototypes.

While the 2.0 L. Cup has a semi-endurance 90-minute format, the Porsche 911s do battle from the start as if it were a sprint race, which leaves the final outcome uncertain right to the end.  All the more so as the obligatory pit stop time of the ‘Elite’ drivers is longer than that of the Gentlemen. While Brits Seb Perez and Nigel Greensall were obliged to retire early on due to a blown engine, Andrew Smith and Olly Bryant, as well as the car crewed by Mark Sumpter and Andrew Jordan, had to fight off the best of the Gentlemen, starting with Spaniard Christian Coll, before beginning the final sprint to the flag. 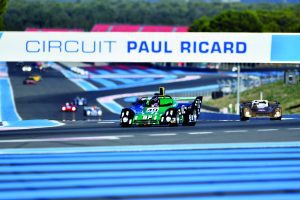 Two big grids closed the meeting on Sunday afternoon.  Nigel Greensall (Chevron B19) started from pole position for the 40-car CER1 race but was soon swallowed up by the quickest Lola T70s as well as the superb Porsche 908/03 driven by Marc de Siebenthal.

Franz Wunderlich and Michael Kammerman came out on top of the qualifying sheets for the  Heritage Touring Cup in their BMW 3.0 CSL.  Unfortunately, the Bavarian car made only a fleeting appearance in the race as it expired all too soon.  This left the way open for the Ford Capri RS3100s, with Armand Mille dominating once again before giving way to Belgian driver, Emile Breittmayer. 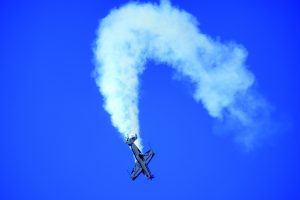 Air displays were part of the show