For over two decades the October race meeting at Dijon has been geared to the international grids, most notably, the FIA Championships. Now run by Laurent Vallery-Masson and his equipe at HVM under the Dijon Motors Cup title, it was cancelled last year due to COVID, but made its comeback this year on the second weekend of October with headline grids from the HSCC International Formula 2, the FIA Lurani Trophy for Formula Junior, NKHTGT and the other Dutch Championship grids and an HVM-run endurance race for later GTs, prototypes and touring cars with various cut-off dates. In all, there were 15 races on the timetable. 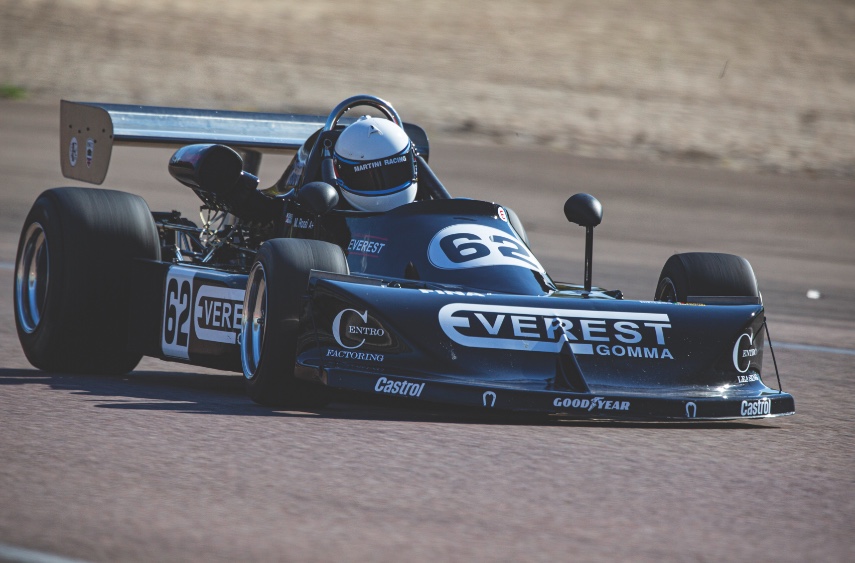 Two Formula 2 races were won by Manfredo Rossi in a March benefit that saw the marque finish in the first nine places. Chased all the way by poleman Wolfgang Kaufman (782) in race 1, the Italian thought he would have an easier time in Sunday’s race after the German was called in for a drive-through for a jump start. But Matthew Wrigley (782) had other ideas and took his March past on lap 8, with Mark Charteris (742) following in third place, just ahead of Laurent Vallery-Masson (77B). That seemed to be that, but young Wrigley’s gearbox blocked itself in fourth gear and Rossi again took the lead. Meanwhile Kaufman was back in contention, passing Vallery-Masson and Pascal Gerbout, locked in their own battle, and finally, one lap from the end, he passed Charteris to finish in an unexpected second place. But then, he was given another penalty that dropped him down to fourth, this time for speeding in the pit lane when he came in for his drive-through. Gerbout took the opportunity to step onto the podium, while his compatriot Robert Simac (March 712), came seventh and won the 1600 class, as he had the previous day. 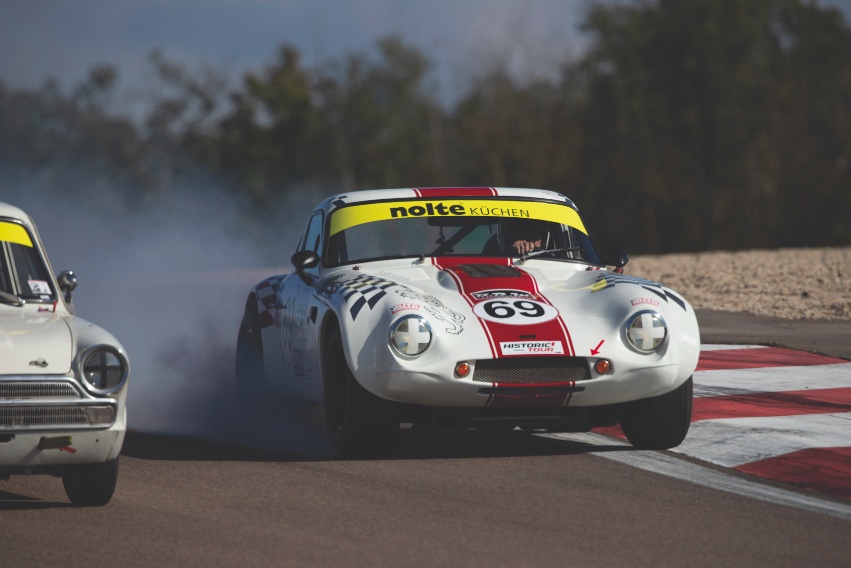 The only Frenchman to enter the NKHTGT races, José Beltramelli, was rewarded with a race win

The lively Dutch NKHTGT series started over 30 cars for two 40-minute races, the first of which lost the leading Ford GT40 of former Swedish F3 racer Kennet Persson in the opening lap, giving the place back to poleman Michiel Campagne in his monstrous Chevrolet Corvette C1 ahead of the TVR 400 Griffith of José Beltramelli, the only local Frenchman who came to mingle with this plateau. His reward was victory, as from lap three, he led the race, carefully managing his distance from the Corvette to the end. Niel Van Gils, in another TVR 400, led the bulk of the field home, some 50 seconds in arrears. Beltramelli, whose TVR suffered a broken suspension in the 300km race the previous evening, did not start race 2. Rid of the Frenchman, Campagne found himself in the lead from the start of the race, but the party was short-lived for the Dutchman. Before the halfway point, he saw Kennet Persson’s Ford GT40, forced to retire on Saturday, swooping down on him. The change of leader came in the 18th minute and from then on, the Swede matched his pace to that of the Corvette. The interest then shifted to the battle for third between the TVR of Niek Van Gils, the Marcos 1800 GT of Mark Dols and the Ford Falcon of Philippe Vermast, the Marcos, the first non V-8 home, eventually taking the advantage. 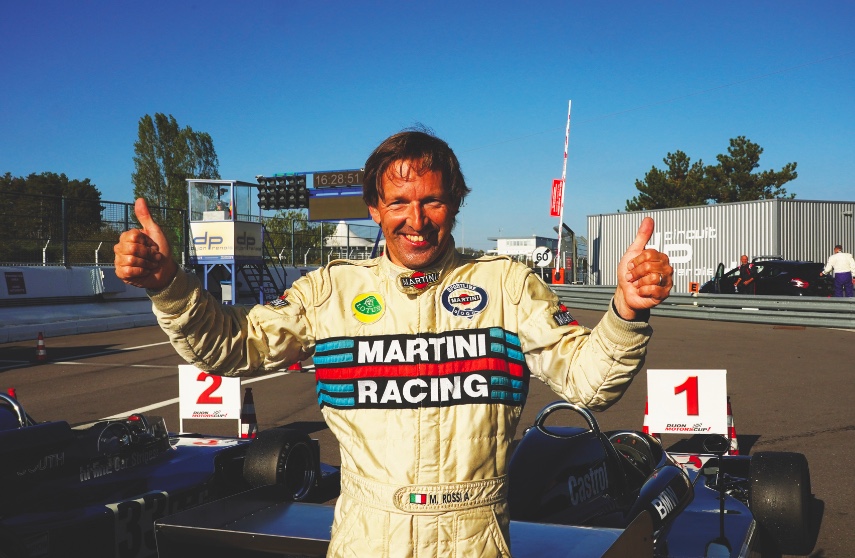 For a full report, see our November 2021 issue…