From Pre-War Sport Cars to the extraordinary guided missiles of the modern prototype era, squabbling Minis to Supertourers of the 1990s and Grand Prix cars of the 1930s to the Cosworth DFV age, the renamed Classic Silverstone had it all. Fickle weather, which was miserably wet for much of a three-day programme, marked the Classic’s 30th Anniversary a year late due to COVID that caused the event to be cancelled in 2020. Marcus Pye reports the action.

Spectators were back, together with a skeleton entry of overseas competitors obliged to abide by travel restrictions to participate in Britain’s longest-established historic festival. For those unable to be at the venue, the racing and peripheral activities were live-streamed into their homes. While nothing trumps being there, doubtless comprehensive coverage will be available on social media channels indefinitely.

Formula Junior subscribed to the early morning race slots as usual, but the 54-strong 1958-‘63 pack was not blessed with a totally dry session on the 3.63-mile Historic GP circuit, the sweeping approach to Club corner having been reinstated in place of the tight left-handed exit from Vale. Sports prototype star Richard Bradley narrowly beat fellow Brabham BT2 driver Cameron Jackson first time out. Lap times fell by more than 20 seconds on Sunday, when poleman Jackson reasserted himself over Bradley. 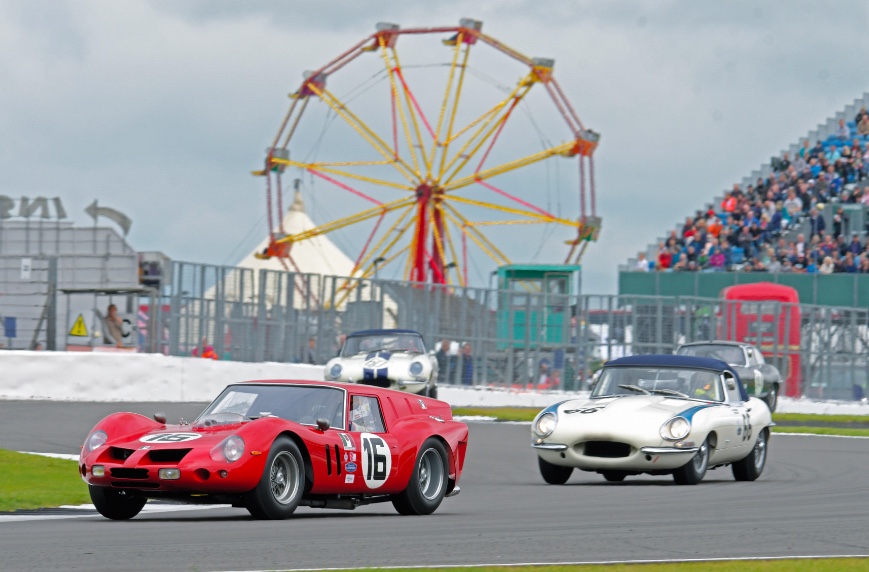 Cracked It:  Out of fuel in 2015, Penalised for an early pit stop in 2019, both times while in the lead, Lukas Halusa finally took the prestigious Tourist Trophy with his 250 Ferrari ‘Breadvan’ 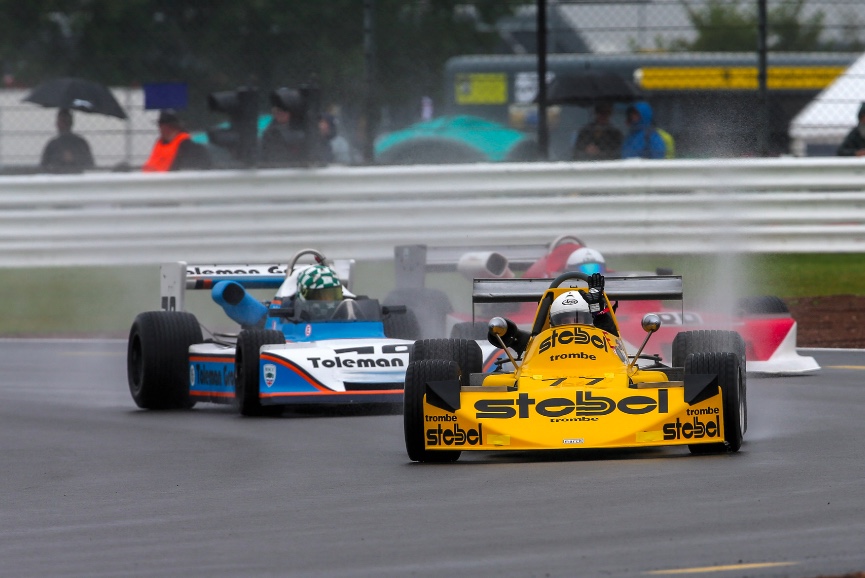 Michael Lyons won both Murray Walker Memorial Trophy Masters Historic F1 contests in imperious fashion, having had a late call-up to sub for three-time Grand Prix and ‘91 Le Mans winner Johnny Herbert in an Ensign N180B prepared and run by the University of Bolton’s National Centre for Motorsport Engineering students.

Preparer Sam Wilson piloted Scot John Chisholm’s ex-Jim Clark/Innes Ireland Lotus 18 to victory in a wonderfully eclectic HGPCA field, pursued by Will Nuthall and Rudi Friedrichs (Cooper T53s) and Andrew Haddon – trying out for Goodwood in Julian Bronson’s Scarab – in a repeat of practice order. These bare facts don’t tell the story, for Haddon started from the pits after a water hose burst as the Offenhauser engine was warmed-up in the assembly area. 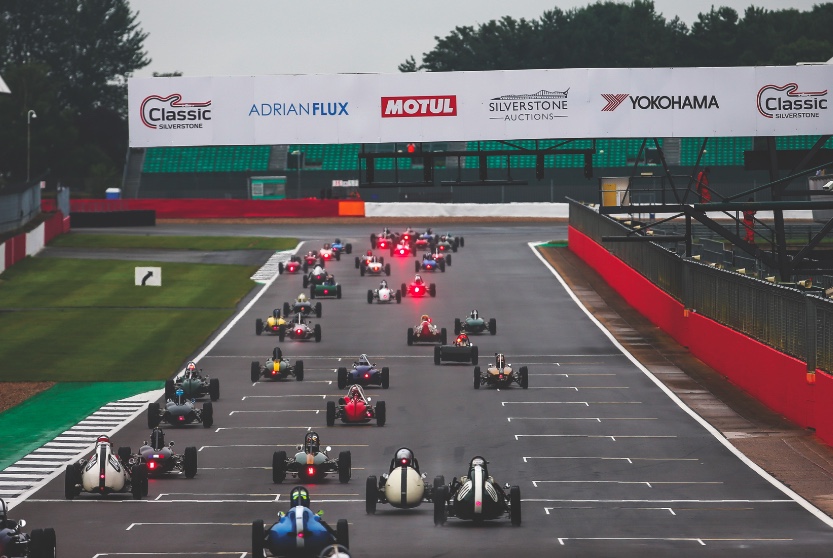 The Transatlantic Trophy Pre-‘66 Touring Cars was a corker that boiled down to a Dearborn versus Dagenham Blue Oval gunfight. Burly 4.7-litre Ford Mustangs, in the hands of top qualifier Dave Coyne and Craig Davies, and earlier Falcons (lighter, but with narrower wheels) with Julian Thomas and Sam Tordoff were initially in the American V8 corner, with Richard Dutton’s Fortec-built Lotus Cortina their principal irritant in the opening salvos. The Banks brothers’ Alfaholics GTA was at the sharp end too before the real drama unfolded after the mandatory stops.

As with Thundersports, a storm nobbled the Masters Historic Sportscar showpiece. No tyres could cope with the standing water on the Stowe to Abbey sector of the track, thus the race was stopped and restarted with second drivers installed. 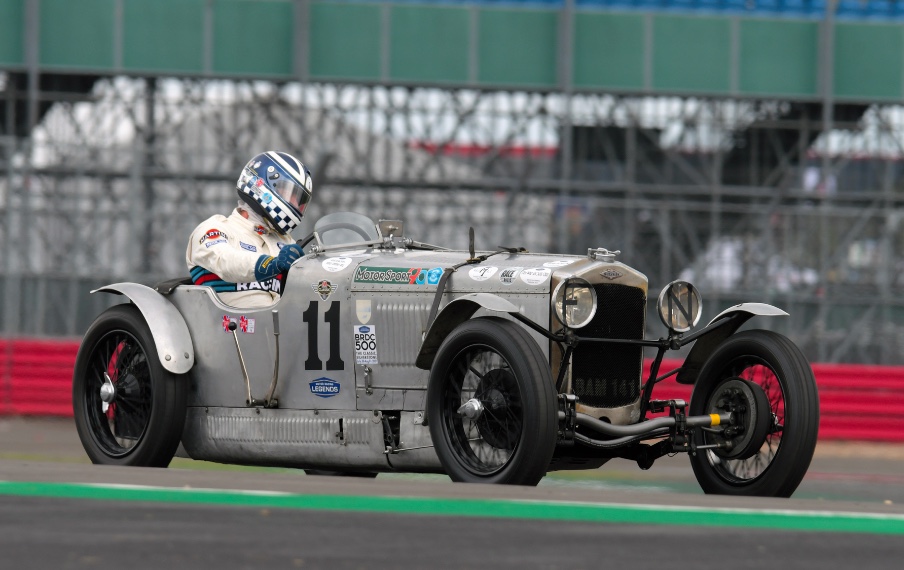 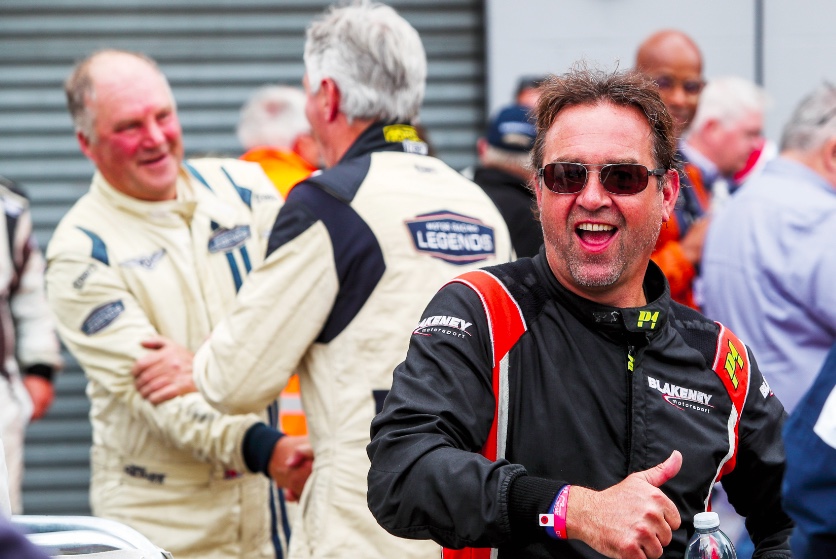 With dusk morphing into darkness, making the worst of the rainfall’s residue increasingly difficult to pick out, let alone avoid, Saturday evening’s MRL Royal Automobile Club Woodcote Trophy and Stirling Moss Trophy was a scintillating contest. The Woodcote race within the 58-car field was sensational. Martin Stretton established an early lead in Gregor Fisken’s ‘56 Mille Miglia HWM-Jaguar – before jumping ship to Richard Wilson’s Maserati 250S – as Fred Wakeman gyrated his Cooper-Jaguar T38, shared with Pat Blakeney-Edwards. Fisken was hounded down and passed by Mike Grant-Peterkin in Martin Hunt’s HWM-Jaguar on lap nine. Team boss PB-E, now in the Cooper, went into the lead two laps later, with Grant-Peterkin and Fisken on his tail. Starting the final lap Fisken split the two Blakeney Motorsport cars and, with a superhuman lunge, seized victory as overall poleman Sam Hancock (Lister-Jaguar) roared between them at Club. Wilson/Stretton finished fourth. 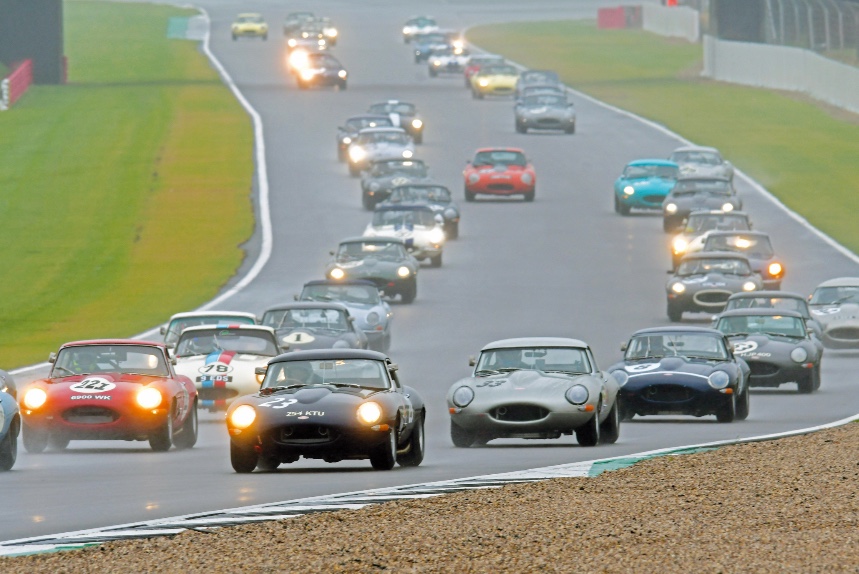 For a full report of all the races on the programme, see out September 2021 issue.