The 2019 Classic 24 Hours at Daytona presented by IMSA was held on 13-17 November on the 3.56-mile road course at the famous Daytona International Speedway in Daytona Beach, Florida.

Peter Falkner Reports from the North American ‘Temple of Speed’

Historic Sportscar Racing (HSR) conceived the idea back in 2014 and after a successful inaugural running that year, the Classic 24 Hours has been a highlight of the US historic racing calendar and continues to draw an ever-increasing number of domestic and foreign competitors from as far afield as South America and Australia.  No doubt many competitors are also looking forward to the warm Florida sun to wrap up their season, but much of this year’s free practice, qualification and racing took place under uncharacteristically cool, leaden skies. 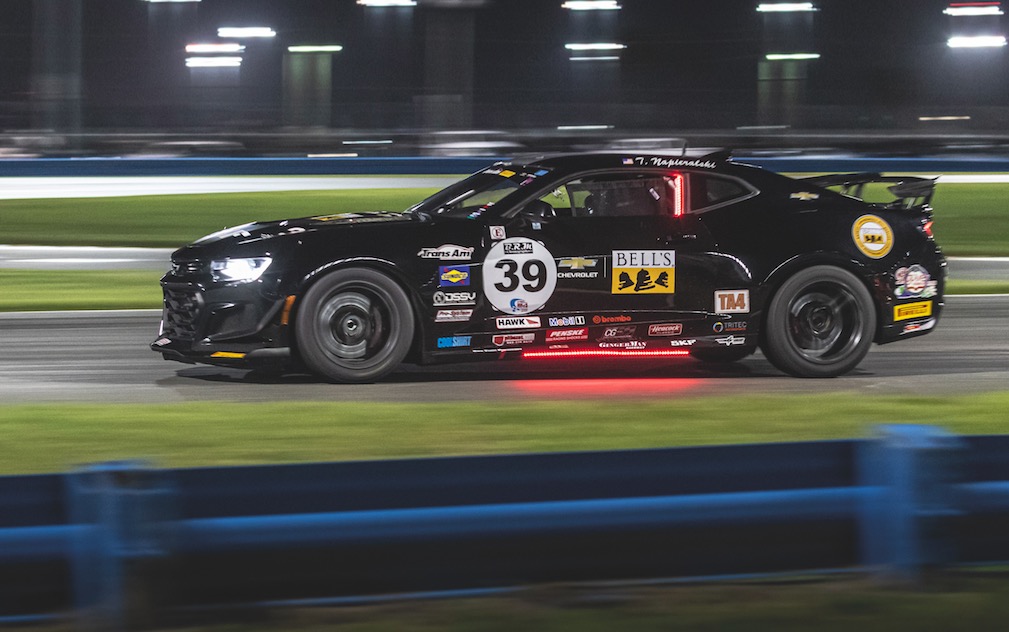 It needs to be said for the uninitiated that Daytona is not just your average road race circuit. Indeed the Europeans have Silverstone, Spa-Francorchamps, Le Mans and Monza to name a few very challenging and satisfying tracks.  Yet when even a seasoned driver finds himself on the 31-degree Daytona banking for the first time, everything changes.  Each year word spreads and the event attracts more competitors from outside the US.

We spoke with Daytona rookie Hans Kleissel from Germany, who has been racing his Mercedes 300 SLs for over 20 years. Herr Kleissel was convinced by his friend, co-driver and Classic 24 Hour ambassador Jochen Mass, that Daytona was worth the trip.  As Kleissel says “coming to Daytona was a big adventure for us” and concerning his first laps of the circuit, with a smile he said, “It is usually not easy for me to be scared but for the first time I am scared”. 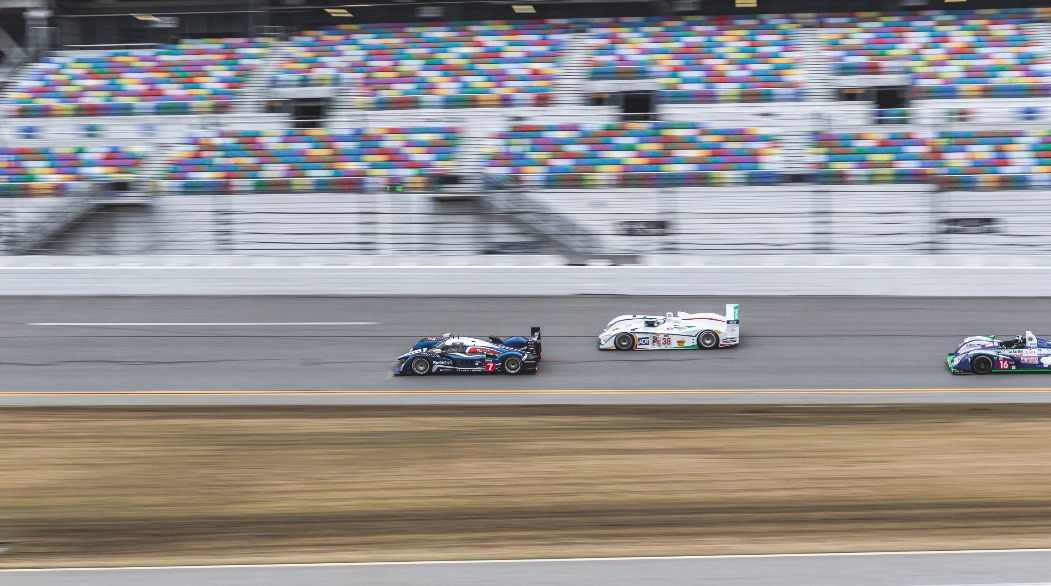 Intoo turn one Barbosa barely led Smith, there was contact and the Audi was out

Another Daytona rookie was George Vidovic, who came to Daytona with his crew chief wife and mother-in-law pit crew all the way from South Melbourne Australia.  “I was drawn to Daytona, the historic landmark.  If you’re a true passionate driver, it just draws you in”. After running his laps George said, “It’s a very, very fast track and we made all the rookie mistakes – wrong gearing, wrong wheels, nothing was right,” he reported with a huge grin on his face.

From Thursday morning the track is never quiet.  Thursday night the Classic 24 groups have their night practice where they get a glimpse of what is to come 48 hours later.  Throughout, the fans are served a never ending aural and visual feast that continues from the track to the sprawling paddock, where drivers and mechanics can be easily approached for a quick chat or a photo. 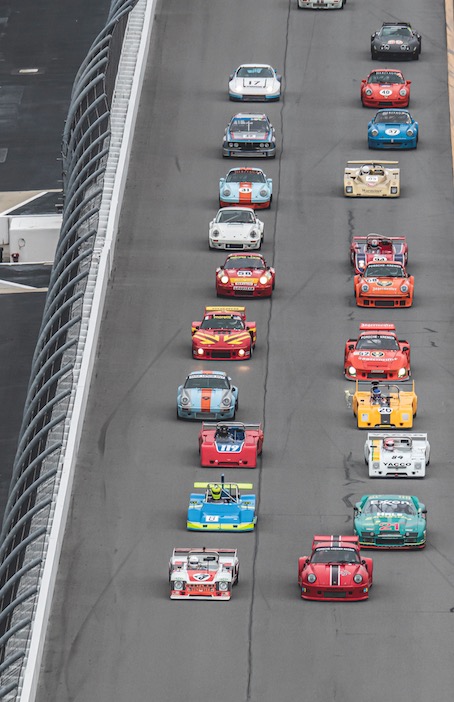 Saturday morning serves up two fan favourites, the autograph session with a select group of drivers and the ever-popular drivers’ panel.  The drivers on the 2019 panel were Derek Bell, Jochen Mass and Tommy Kendall.  Bell described his first visit, driving the works Porsche 917 with Jo Siffert. “I’ll never forget. It was half past nine and I drove through the tunnel, and it’s the most amazing place, probably very few of you have done it. There are no people, no trucks and I was totally in awe just looking at it.”  The mere mention of the mythical 917 from a driver who raced and won in it had everyone’s attention. The 917 is probably the only car that ran at Daytona in period that has not returned to thrill another generation. We can still hope.

The Classic 24 Hours beautifully combines two critical ingredients: the people and of course amazing cars. The paddock was filled to overflowing with wonderful machinery from almost every era, some 180 of which were entered in the 24 with a further 150 cars in the HSR support races.

For a full report see our January/February issue